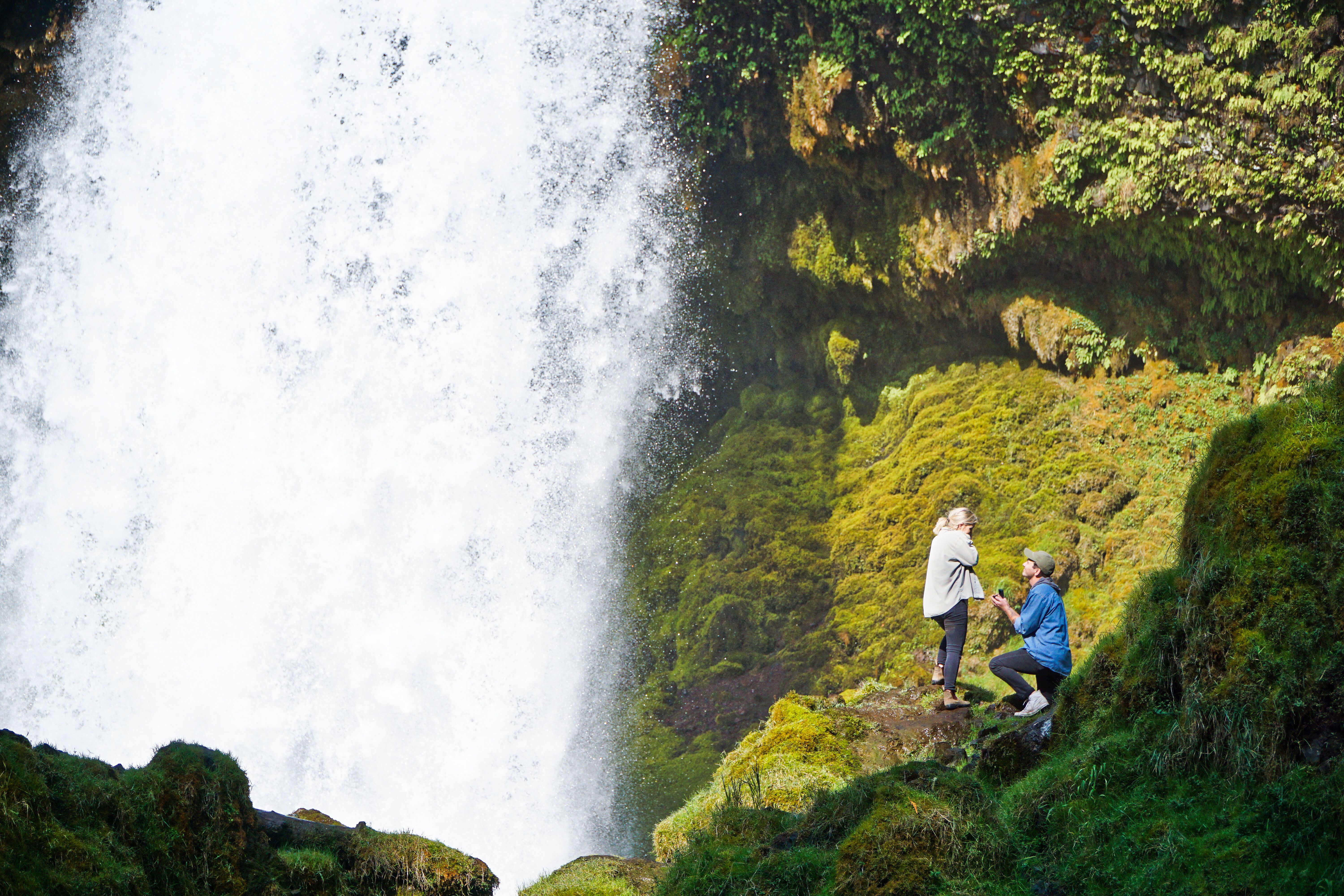 We both interned at Washington Family Ranch for a year long internship cut short in May due to Covid-19. It was a sad ending but we were excited as we finally got to start beginning life together (we be came best friends and only figured out shortly before getting layed off that our feelings were mutual.) I started falling for him 7 months prior- he about 5. He just recently shared with me that the day we talked and finally realized we were both interested beyond friendship he wrote in is journal “hope I get to marry her”. I already knew he was the man I was going to marry. And here we are 7 months later planning our wedding for March.

He took me to Sahalie Falls, the first date we went on after getting laid off. We both thought it was burned down in the fires but that week found out it was untouched and decided to go back to our favorite place. We walked the trail and then hiked down to the big waterfall. I turned around and he was down on one knee with the biggest smile I’ll never forget and asked “Will you marry me?” to which I answered yes! He even had his friend take photos of the moment (he was hidden in some bushes for who knows how long!) Best day ever- that is until I get to marry him in a few months.

Home
>
Marriage Proposals
>
Kayla and Andy
Proposal Videos
Check out some of our favorite proposal videos
Ring Quiz
Find the perfect ring for you!