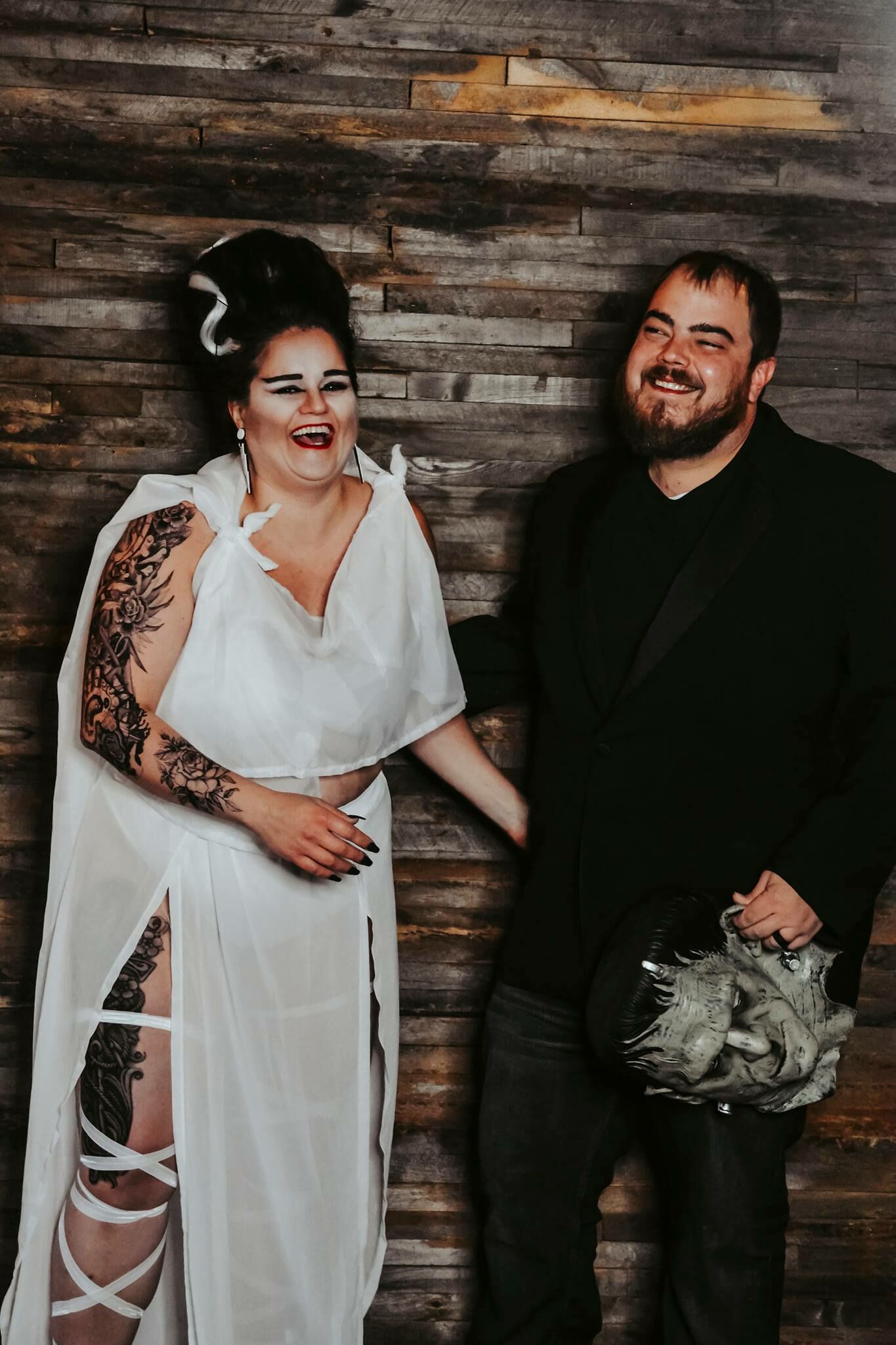 Grant and I went to the same school in a small community of about 500 people. It’s surprising that we didn’t know each other, but I am five years older than him. Much later in life one of my best friends introduced us but I wasn’t interested. I also had no idea that he was pining after me for almost a year. I finally gave him a chance and we went on our first date.

We have been together for about 6 years. We know each other too well so I knew that Grant wouldn’t be able to surprise me. We decided to have a planned engagement. I was scheduled to do a body positivity horror movie photo shoot with some friends. I was dressing as the Bride of Frankenstein. We decided it would be fun to have him propose as Frankenstein’s Monster. All of our friends were very surprise when he appear, got down on one knee and presented my grandmother’s ring to me. I reached into my costume and gave him a ring while saying “I was made for you.” Frankenstein has another significance in my life because during my parent’s wedding reception (on Oct 30th) my maternal grandfather showed up in a Frankenstein’s Monster mask. It was a way for me to include my late grandfather. It was perfect!

Home
>
Marriage Proposals
>
Katie and Grant
Proposal Videos
Check out some of our favorite proposal videos
Ring Quiz
Find the perfect ring for you!