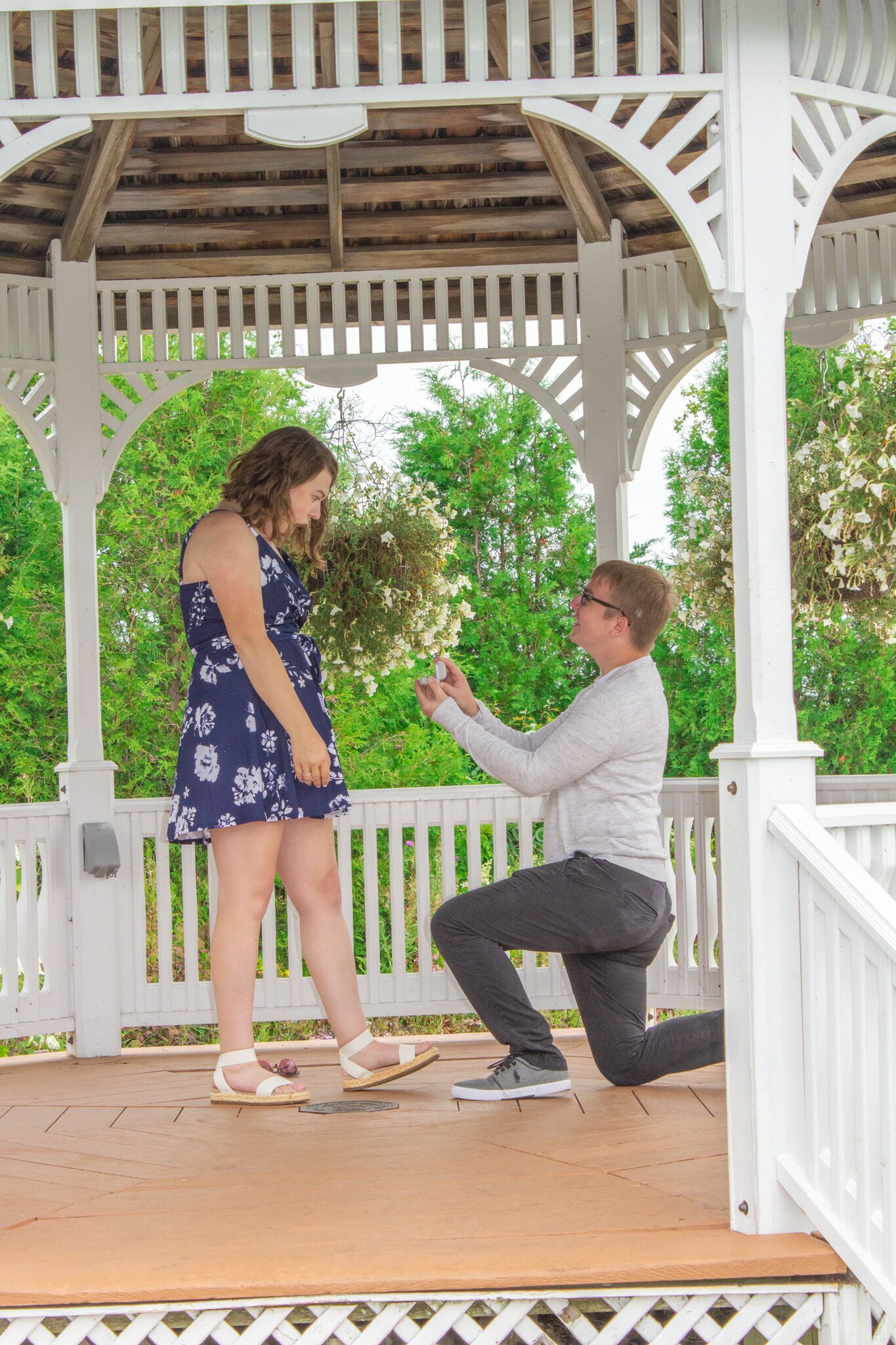 Braeden and I have been together for the last 6 years! We started dating when I was 14 and he was 16. We became friends through marching band (I know, super nerdy) and I initially did not like him at all! He stole my phone one day during our lunch period and put his phone number on it. Everything fell into place from then on. He was my first and only boyfriend, and now I get to spend forever with him!

We were on a weekend trip to Mackinaw with some friends of ours. We had been walking around all day and decided it was time for dinner. So my friend and I went to change I to something a little nicer so we could take some pictures at a beautiful white gazebo outside. As she was taking pictures of us, he proposed and it was the most perfect moment of my life!

Home
>
Marriage Proposals
>
Kassidy and Braeden
Proposal Videos
Check out some of our favorite proposal videos
Ring Quiz
Find the perfect ring for you!