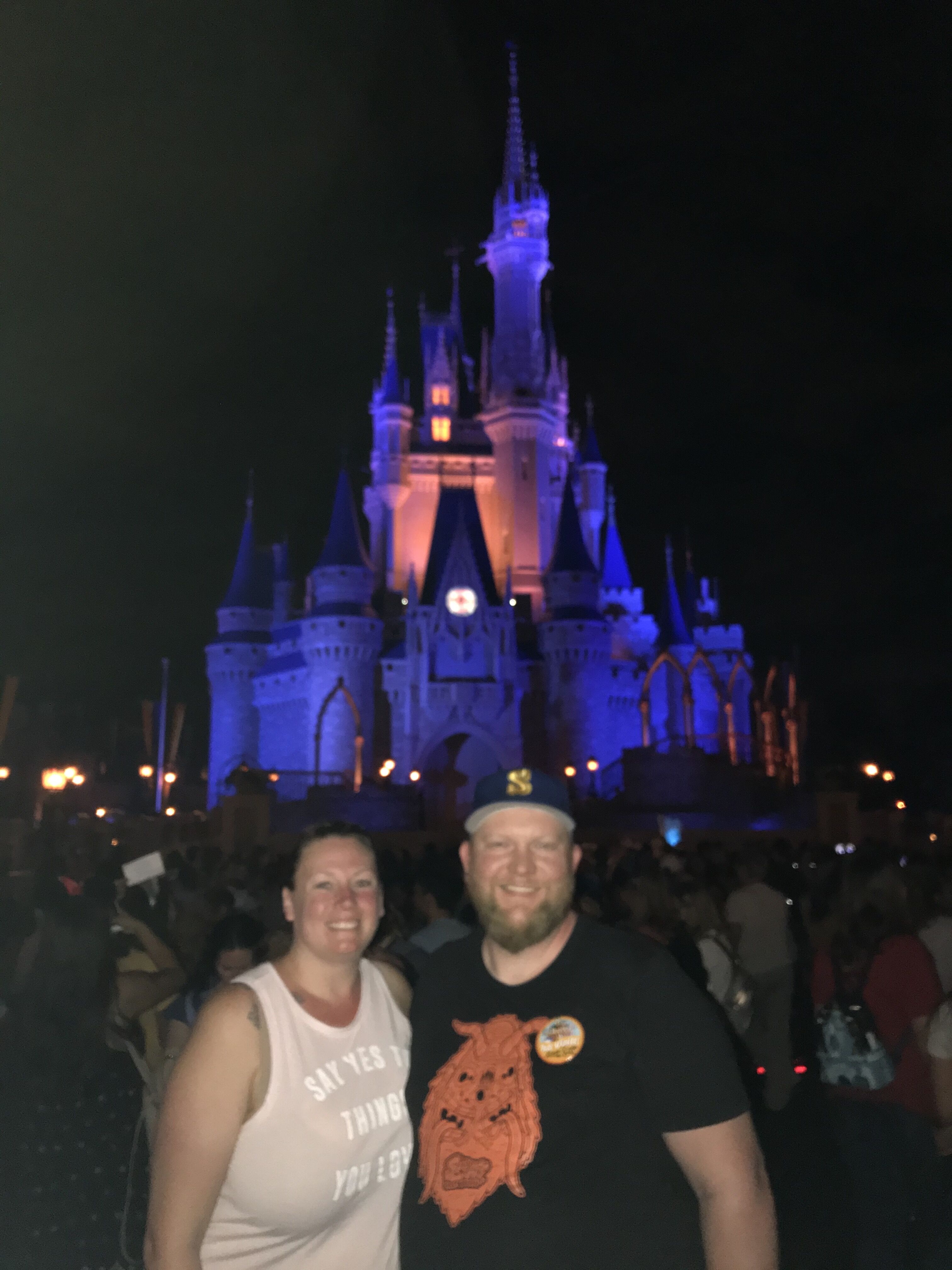 We’ve known each other since high school, he asked me to a dance and I said no to him. Fast track 15 years and I wished him a happy birthday via social media, and the rest is history.

Matt knows that I love Disney, and he said that I deserved an epic proposal some day. We had a large vacation planned out but because Covid had just entered into the U.S. our two-week trip turned into a long weekend. We had planned to stay at Walt Disney World for that long weekend, but unfortunately they were closing the parks early so we only had a day and a half in the parks vs. our planned three days. On the final day of the parks being opened, we spent the day wandering around as much as we could, but ended the night to watch the final fireworks show at the Magic Kingdom. The park was probably close to capacity because it was the last night. Once the fireworks ended, Matt asked if we could try to get closer to the castle to take some pictures. We got about as close as we could get, my parents took some pictures and then Matt got down on one knee. The eruption of cheers from everyone around us, is something I will never forget.

Home
>
Marriage Proposals
>
Kara and Matt
Proposal Videos
Check out some of our favorite proposal videos
Ring Quiz
Find the perfect ring for you!