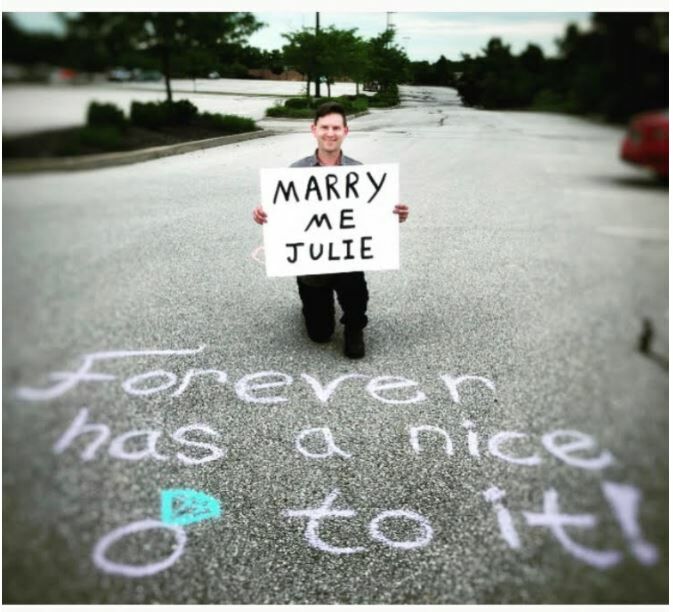 We met via Facebook in an Introvert Facebook Group. Shane had posted a comment in this group about the woes of dating that intrigued me. I replied to his comment with my own thoughts. He would post more comments that I couldn’t help but think “Wow, this guy has the same likes and thought processes as I do!” I sent him a FB Friends Request and upon acceptance I could see his personal FB page that led me believe even more how alike we were. I sent him a “Good Morning, How are doing?” FB Message via Messenger, which he kind of blew me off saying he was busy. Not discouraged, I waited a week and tried again sending him another FB private message and this time he was more responsive. Yeah! I found out he lived in a town just south of St. Louis, Missouri whereas I live in North Kansas City area, Missouri. I was ecstatic that he lived in the same State but it was still over 300 miles away. Luckily, my cousin Emily was getting married soon (September 15, 2018) in Saint Louis and I asked Shane if he would like to meet me in person later that same evening as my Cousin’s wedding. He agreed to this rendezvous. I was so incredibly nervous – ME taking the initiative to do any of this is UNHEARD of! I am an introvert, shy, and incredibly self-conscious being a plus sized woman but all the Facebook interactions/communications with Shane just gave me such a strong impression that we would get alone fantastically. By sheer coincidence or FATE, my Cousin’s wedding also happened to be on the same day as Shane’s Birthday! When we met, it was love at first site. It was like two old souls that knew each other for centuries finally reuniting. At the end of our date, I gave him a Dating Contract I had drafted for him to sign. It was purposefully written as a joke that had silly dating requirements and rules for him to agree to such as him agreeing that I am ALWAYS RIGHT. I wrote it to make him laugh but it was so incredibly sweet that he actually SIGNED IT! ( I work as a Buyer at a Community College where my job role involves drafting contracts for information technology products and services. I just thought it was a funny idea to have a Dating Contract – yes I am a nerd but not to the extreme as Sheldon from the tv comedy show “Big Bang Theory”). From that day forward, our relationship just kept on getting better. Tired of the long distance relationship tribulations (not enough time spent in person and hassles of long distance driving), in February 2019, Shane moved in with me!

With Shane and I living on opposite sides of the State of Missouri, the halfway point was in the City of Columbia so we would meet there on our dates. We both loved pizza and our second date (after my Cousin’s Wedding date) was at Arris Pizza Place in Columbia, MO. Arris is a family owned local pizzaria with only 4 locations within Missouri – so not well known. Shane had never eaten there and I thought he would love it as much as I do. He definitely loved this pizzaria and it became our designated meeting place for our dates. After Shane had moved in with me, we would still sometimes make trips to Arris Pizza Place for nostalgia reasons and get great pizza! On May 30, 2020, we decided to make another such trip. With all the COVID19 restrictions on dining in we could only do curbside to go service. However, Shane said he wanted to do a picnic style set up in the parking lot so we wouldn’t be stuck eating in the car or having to take it back to the hotel. I thought it was a sweet romantic idea. Clueless that he intended to propose marriage. While he was setting up the folding card table and chairs, I went to the curbside area in front of the restaurant to pick up the pizza. As I was driving to the picnic area at the far end of the parking lot, Shane was signaling me to stop. He held up poster boards telling me that he loved me, that he wanted me forever, and the last poster board asked me to Marry him! I hopped out of my car and said YES!

Home
>
Marriage Proposals
>
Julie and Shane
Proposal Videos
Check out some of our favorite proposal videos
Ring Quiz
Find the perfect ring for you!