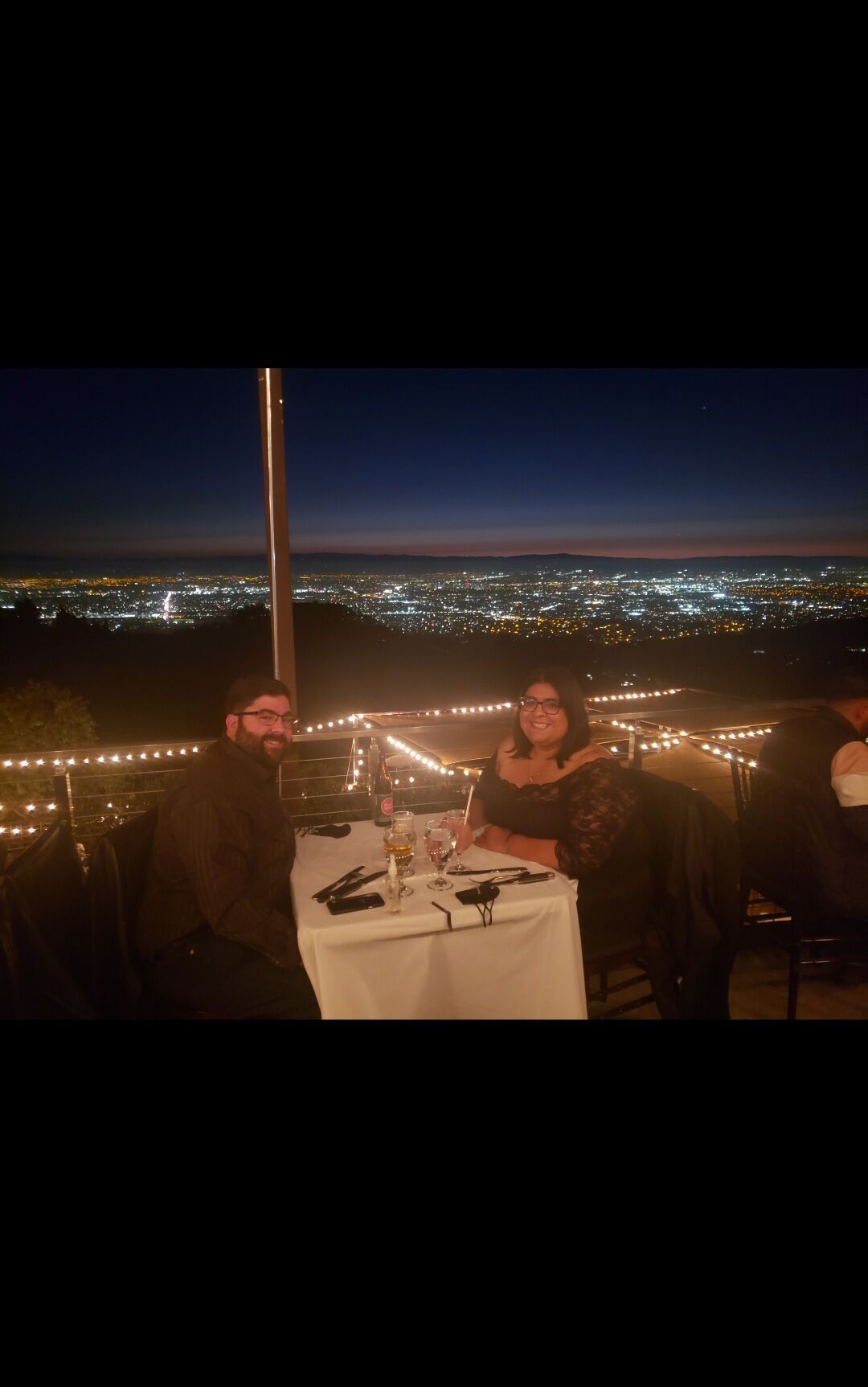 First off I love balloons..he buys them for me several times a year just because. I always said I didn’t need or want a big showy ask…I just wanted balloons.

Cut to our Anniversary dinner. He was twitchy the whole night during dinner at a beautiful restaurant overlooking the city. I didn’t think much about it..he’s a shy guy in general. We got to our vehicle and he stops, pulls balloons out the back that he secretly stashed. Got down on one knee and proposed. Again he is pretty shy and didn’t want to ask in the restaurant because he didn’t want to make a scene. Turns out there was a group of people waiting for their table who witnessed it and clapped and cheered for us. So in the end he still caused a little scene and I got my perfect proposal with balloons.

Home
>
Marriage Proposals
>
Juanita and John
Proposal Videos
Check out some of our favorite proposal videos
Ring Quiz
Find the perfect ring for you!