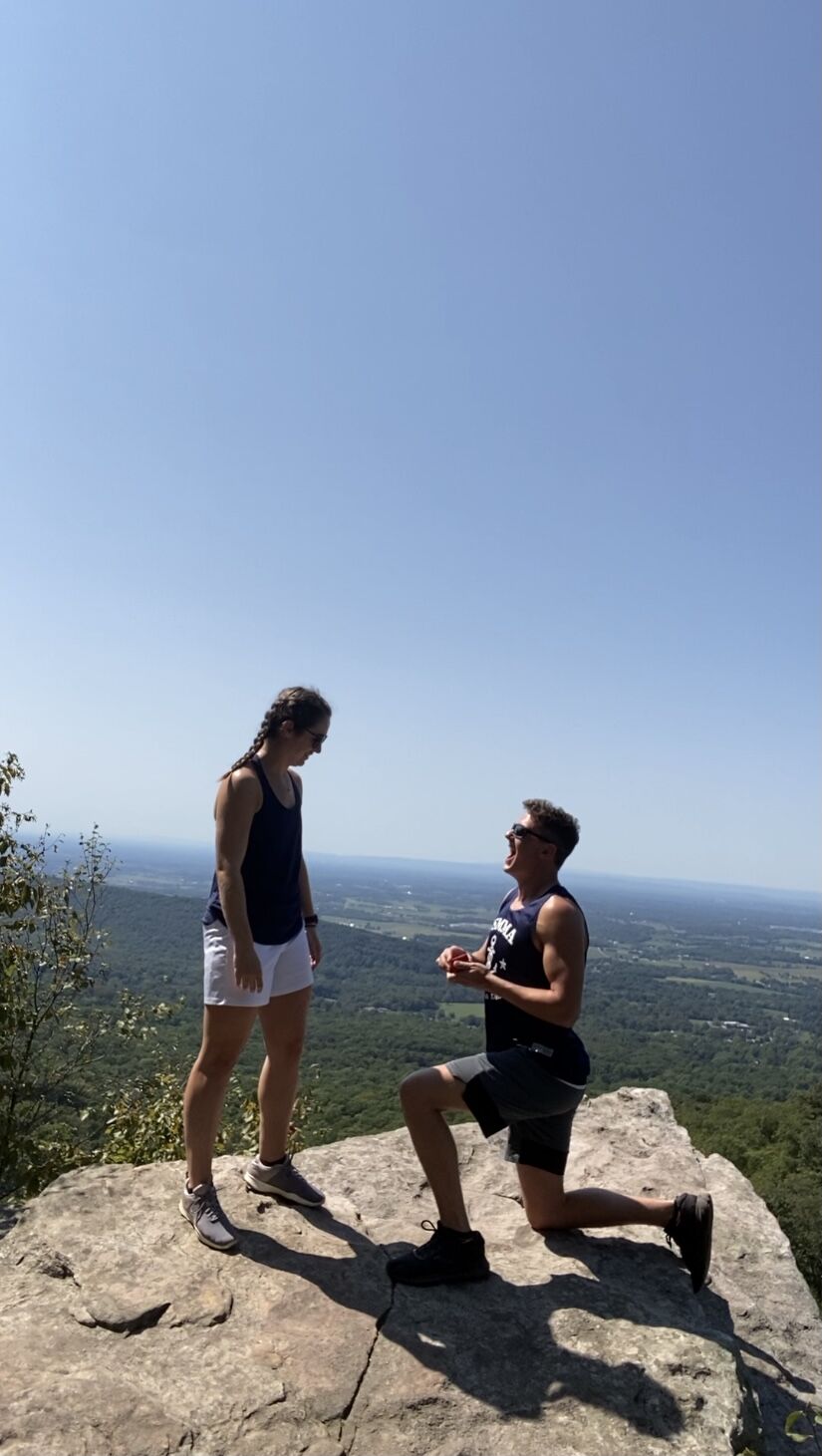 At the United States Merchant Marine Academy through a mutual friend.

Unfortunately, due to COVID19, Karl’s original proposal plan was canceled because of our work schedule. Karl and I work on commercial ships and are gone for months at a time! It was about two weeks before we were leaving to get back on our separate ships when, one random Tuesday night at about 3 am, we decided we were going to go on a hike the next day and just have “our day”. So we packed up some snacks and water, started on our own, then out hike to the top of Annapolis Rock in Maryland. It was a beautiful September day so a few other people were also at the top enjoying the view. Karl quickly seemed a little weird and wanted to be as far away from the other people as possible, but I wanted to see the nice view so we compromised. We sat and relaxed, I ate all the snacks and was then ready to go! Karl on the other hand wanted to see if we could get a better view from the other rock so I agreed. We get my phone set up to take some pictures when this woman and her dog came up almost right next to us to also sit and relax which made Karl really uncomfortable for some reason? I was ready to take the pictures and move on, but Karl was being stubborn and insisted on sitting there with my phone hostage. Luckily the woman finally left and Karl set the phone back up, but on video? I pointed it out and he said he wanted to take screenshots rather than individual pictures, we agreed to do both. So finally he starts recording and comes out to stand next to me. We awkwardly stand there and smile (and when I say awkwardly I mean extreme awkward) Karl then kind of shimmies me over to the flatter rock area. I turn about to walk over to stop the phone when he grabs my arm and I turn around to see him on one knee! I didn’t believe him at first! I kept asking if he was serious! He asked and of course, I said yes!! The whole thing was just so us and so low key it was perfect!

Home
>
Marriage Proposals
>
Jordan and Karl
Proposal Videos
Check out some of our favorite proposal videos
Ring Quiz
Find the perfect ring for you!