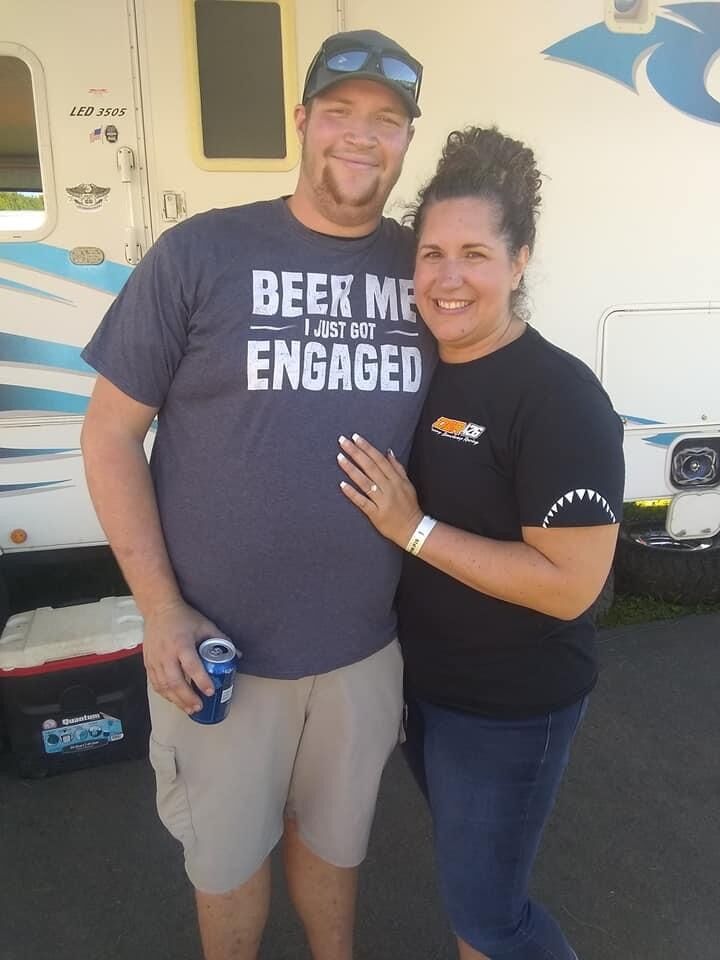 We met on Match.com a little over a year ago.

My fiancé planned a proposal at Crandon International Raceway Labor Day weekend. For years I have come to these races watching different family race. This was his first time coming to the races. He decided to plan the proposal for that Saturday following my cousin’s race. He made sure my parents were there, along with about 30 other family and friends. He had my little cousins distract me as he was trying to grab the ring from his bag. I was not expecting it at all, as we had just celebrated our one year anniversary and I was trying not to think about him proposing or I would drive myself crazy. When I came out of my cousin’s camper, he said he needed to talk to me, so I turned around, and he began the proposal. He got down on one knee and and said those special words. After I said yes, he said he knew how important my family and racing was to me and knew he had to do it there. On top of that, he loved the races, and can’t wait to celebrate our engagement anniversary next year at the track.

Home
>
Marriage Proposals
>
Jodi and Johnathon
Proposal Videos
Check out some of our favorite proposal videos
Ring Quiz
Find the perfect ring for you!