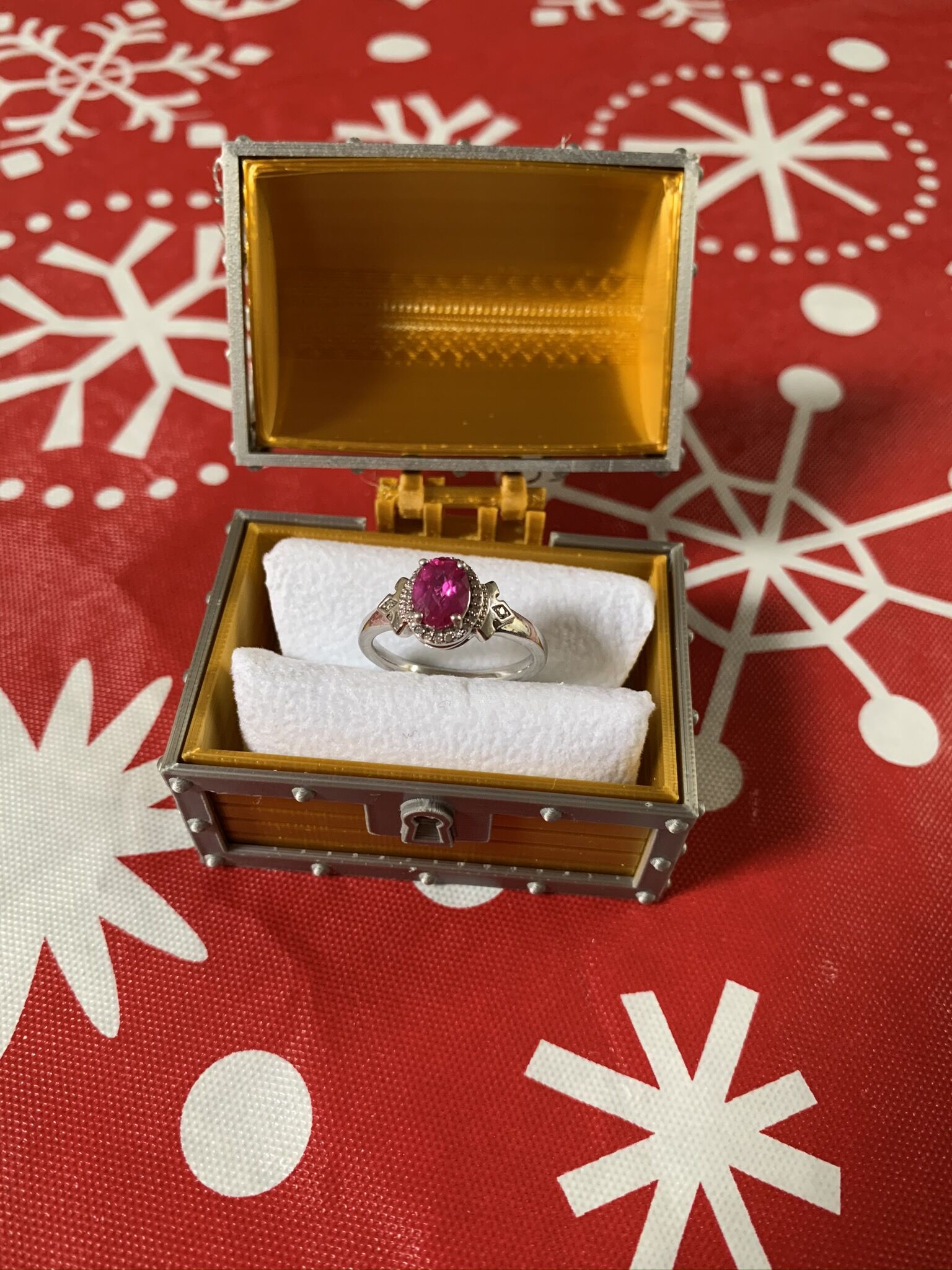 On March 17th, 2012, Jocelyn decided to do something she doesn’t normally do, and join a club she found on Meetup.com called Snohomish County Board Games to play board games with adults living in the area and hope to make some new friends. Over a game of Apples to Apples Dan and Jocelyn hit it off. The next day happened to be Dan’s birthday, so Jocelyn messaged Dan to wish him a Happy Birthday, and they got to talking and spent the afternoon talking. Dan asked Jocelyn out on a date, and they have been together ever since!

Dan proposed at the end of a session of Dungeons and Dragons. He intended to have the engagement as a Ring of Engagement that would be discovered when looting an enemy after a battle. Unfortunately the party didn’t do as the DM (Dan) planned, they talked their way out of a situation instead. At the end of the session, before the party split up for the night, he proposed to Jocelyn with a 3D printed treasure chest containing a Disney themed engagement ring.

Home
>
Marriage Proposals
>
Jocelyn and Dan
Proposal Videos
Check out some of our favorite proposal videos
Ring Quiz
Find the perfect ring for you!