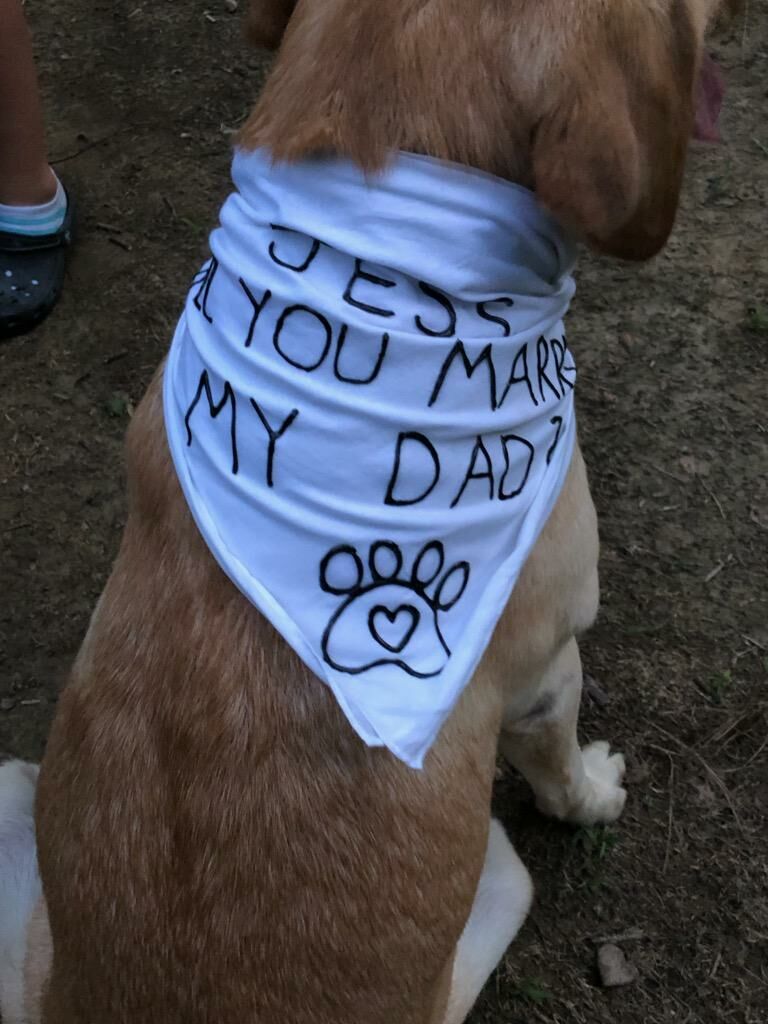 We met at a bar while I was in college. I was there with a friend and while I was looking for her I noticed him. He was looking at me already and offered to buy me a drink. I was so nervous I dropped the entire drink and ended up ignoring him because I was nervous to talk to him. Naturally he assumed I wasn’t interested and left. Later on my friend found him and dragged us both to a table and told him to get my number. We talked until the bar closed and went on our first date 2 days later where I had to ask him his name because I forgot it after he told me.

We went away for the weekend to a camp that a couple ws are friend’s with has. The wife suggested that we all go for a walk with the dogs. At one part the guys split off because the other husband said he wanted to show my fiancé something. The wife told me that it was muddy and gross that way so we’d go the other way. Austin then caught up to us and called for our dog, who was still on the other path. Our dog came running up and I noticed there was a bandana around his neck. He came up and sat down in front of me and I read the bandana that said “Will you marry my dad?” It took me a second to really process what it said but I finally figured it out and when I turned around he was kneeling on the ground holding the ring out for me and I instantly starting crying because I was so excited.

Home
>
Marriage Proposals
>
Jess and Austin
Proposal Videos
Check out some of our favorite proposal videos
Ring Quiz
Find the perfect ring for you!