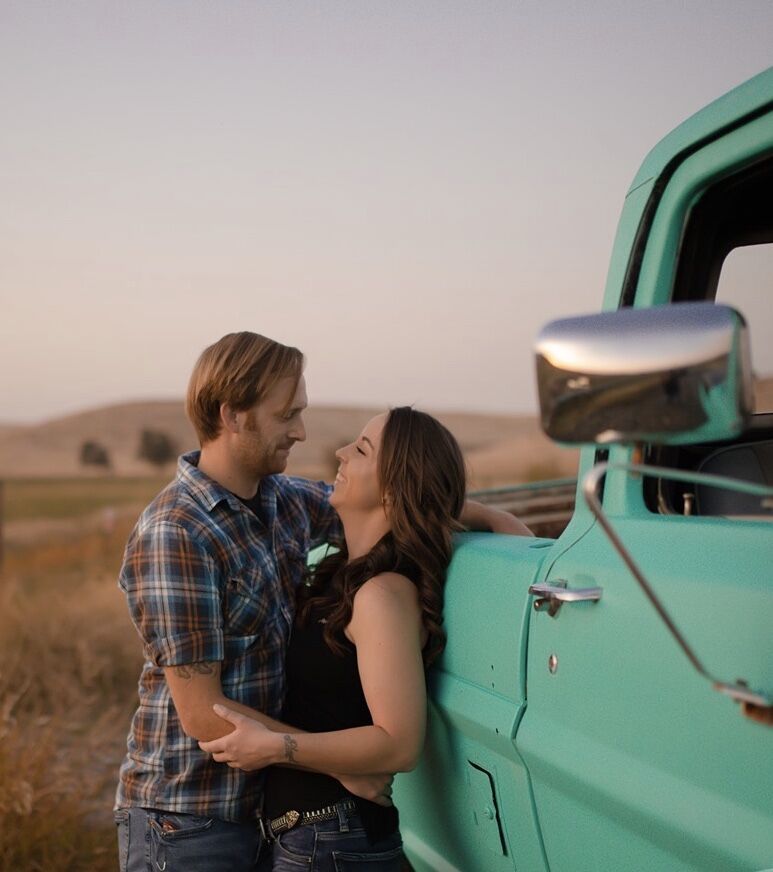 When I was in 6th or 7th grade, I met my best friend. And my best friend had this cute older brother that I immediately had a crush on. Well, needless to say it was only one way 😂 as time went on, the crush NEVER went away. But we grew up and had our separate lives.

In 2005, he left for the Navy. Talk about heartbreak! He wrote me a friendly letter from boot camp (that I still have!). A couple years passed and he got married (heartbreak #2!) I was in a relationship, but still. It was like it was really never going to happen now.

Life continued on as it does.

Well, I joined the Air Force in 2009. After training, I was stationed in Virginia, less than an hour from where he was living. He had separated from his wife and I think I was actually married by this time 🤦‍♀️ Well a quick visit was all it was and we again, went on living our separate lives.

Tom left the navy and moved back home. A year or so later, after my marriage failed, I separated from the Air Force and also moved back home. We had began talking a couple months prior to my return, and started seeing each other when I got back. It took some time for us to figure out what we wanted and six months later, he (finally) asked me out.

Nearly 4 1/2 years later, through ups and downs, working out of town, losing jobs and starting new career paths, and building a life together, Tom proposed.

I was terrified of volcanoes as a kid. Like, literally, nightmares. I still remember them clear as day! (And we’re surrounded by a few). But they fascinate me now. And I love hiking (Tom is learning to love it too 😉) Well, one day Tom asked me if we could go hiking in a couple days So I picked Cinder Cone in Lassen National Park, which is a volcano. Holy moly! Short, but brutal hike. I almost quit because the last bit is TOUGH. But Tom motivated me to finish and reach the top.

The top was STUNNING. It is really quite incredible. We walked around for a bit and I mentioned I wanted to find a rock. Well, he found one alright. He stood behind me and brought a stunning ring around me to in front of my face and asked, “Can we get married?” I thought it was so sweet, and of course I said yes! It was a magical moment.

Trust the timing of your life. He was worth waiting 15 years for!

Home
>
Marriage Proposals
>
Jennifer and Tom
Proposal Videos
Check out some of our favorite proposal videos
Ring Quiz
Find the perfect ring for you!