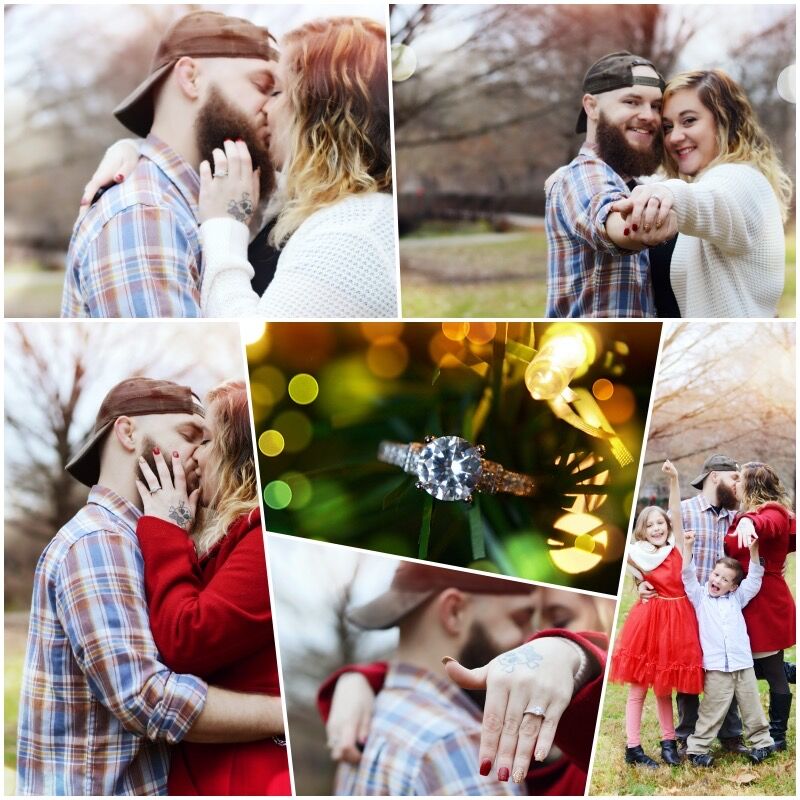 We officially met at his nephew’s birthday party in 2019 but had been neighbors since 2011.

This man put in so much effort for this special day! He included my babies – he told them about two weeks in advance and showed them the ring. (Aimee requested that I buy her a dress right after). He coordinated with his friend, John Foote, to capture this moment! (He really listened because this is something that I had requested if the time ever came)

We walked around Glencairn Gardens taking some family pictures with John. Hunter told the kids that when we got the fountain and told them to throw their coins in the water, that he would be proposing then. He even made a book for me to read and the end page was the proposal! While I read it, he got down on one knee. When I said yes, the kids were screaming and jumping and hugging each other. Lol. (Mom said yes, hip-hip-hooray, we have a stepdad!!)

Home
>
Marriage Proposals
>
Jennifer and Hunter
Proposal Videos
Check out some of our favorite proposal videos
Ring Quiz
Find the perfect ring for you!