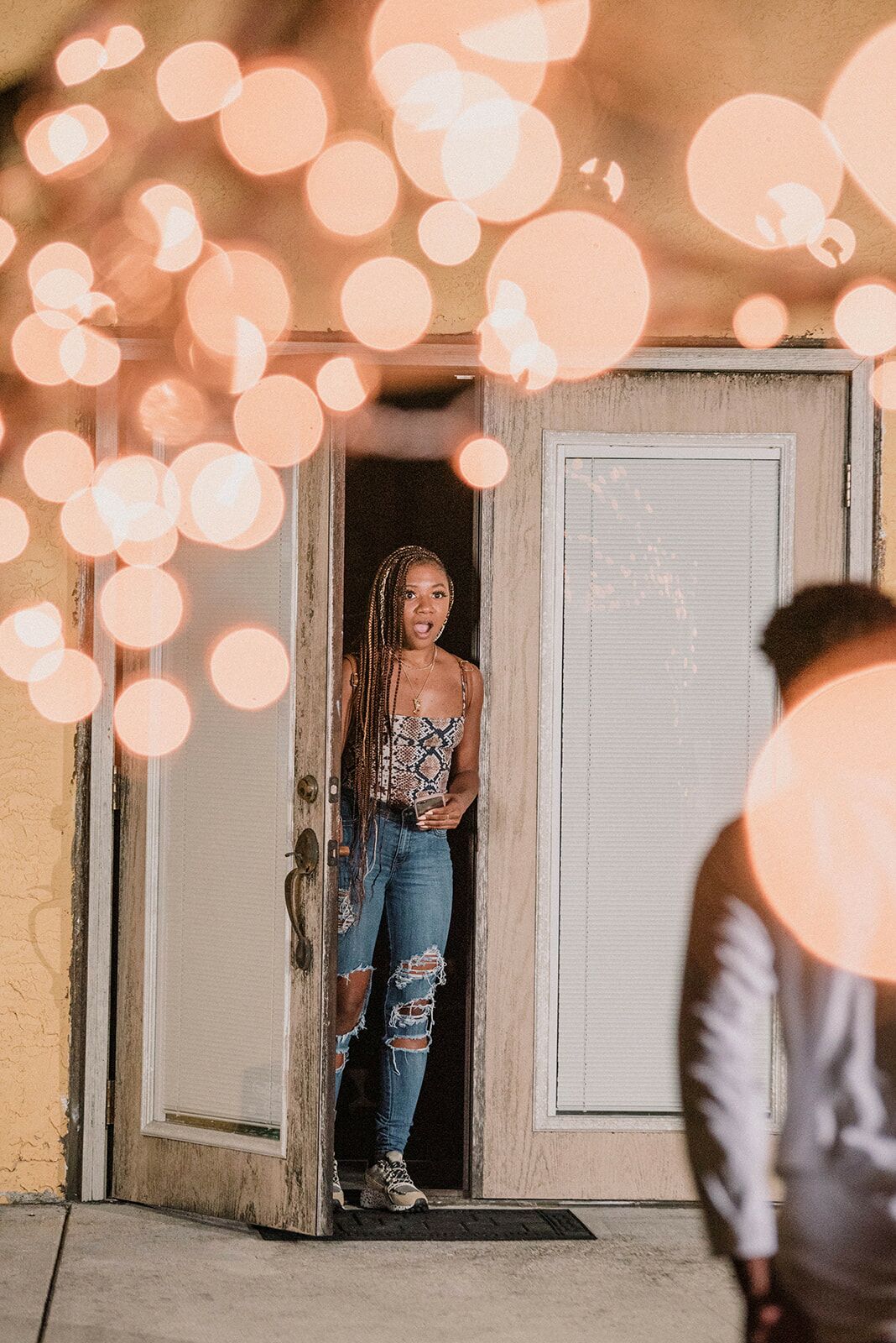 The groom is a videographer and I helped a friend with vocals on a new song. Everyone involved in the shoot planned to stay at a mutual friends house to shoot at the beach. I was in the room laying the last bit of vocals when he stumbled in and saw me. We began talking at the video shoot and later had dinner.

Initially Karl was going to ask me earlier this year but Covid 19 happened and we both lost our jobs. At that time he planned on proposing at a horse ranch with all of our family, but plans have changed. The day of the proposal, Karl took me on a surprise date which was horse riding (something neither him or I have done before) and he later took me to dinner. I was hoping it’ll happen during this time (because a friend of mine ruined the surprise for me, some friend), but he didn’t. He then took me home to my moms house and pretended to drop me off and head home. My mom was faking a panic attack and she lead me to her room which is far away from the backyard (where my room is located). My mom then told me to leave some cash under the mat for the lawn guy, which didn’t make any sense as this was 8:00pm lol So I opened the doors to the backyard and the lights cut on and our favorite song began to play. I was so shocked that he had to come get me and as I walked out, all of our family and friends were there witnessing this moment. We walked under the lit gazebo and he exchanged words and got on his knee. Tears were unstoppable at this point. Now we are happily engaged! I pray that I can be the winner because this would help us during this difficult time trying to break through with our love!

Home
>
Marriage Proposals
>
Jatiece and Karldez
Proposal Videos
Check out some of our favorite proposal videos
Ring Quiz
Find the perfect ring for you!