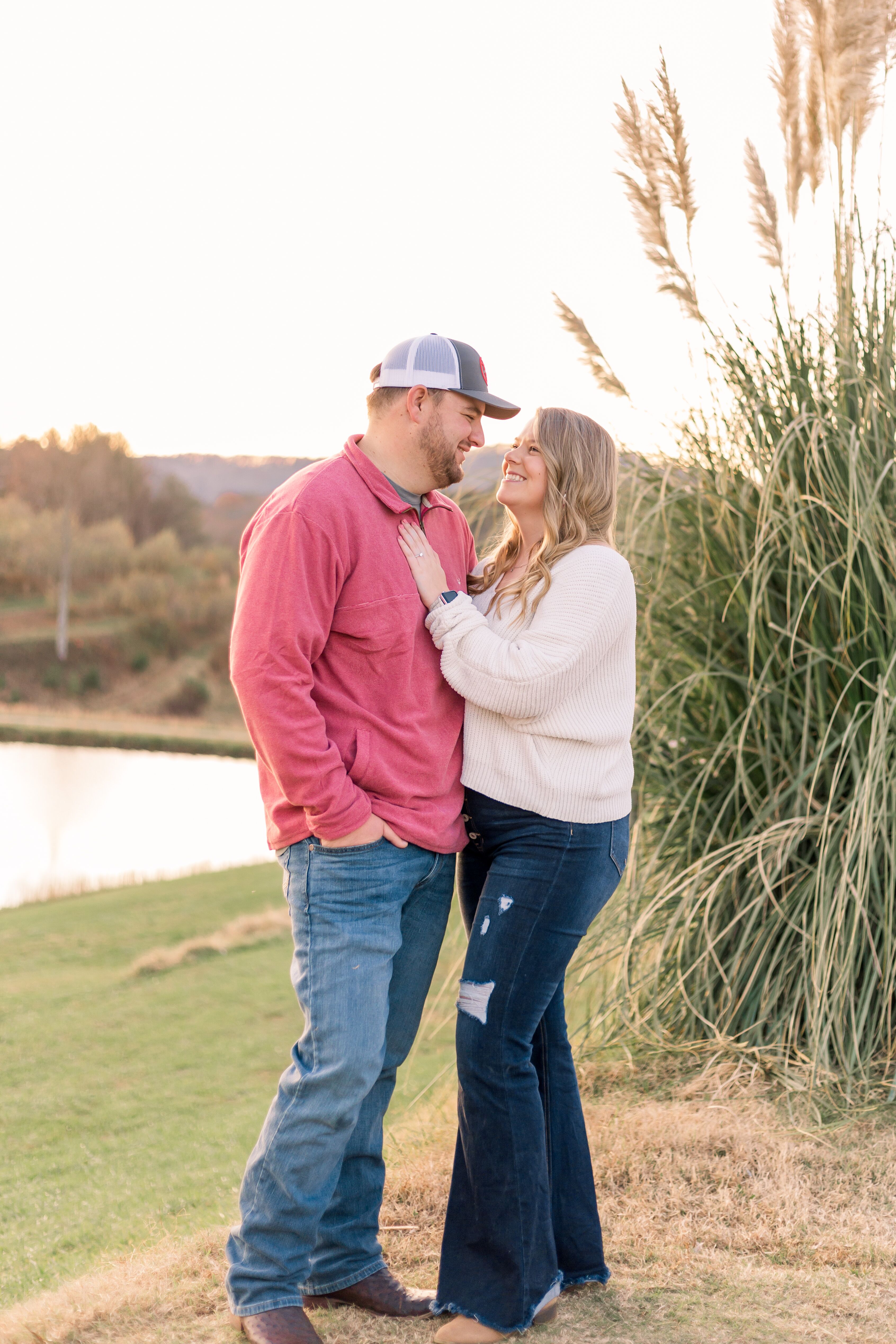 We met on Panama City Beach through mutual friends—he is from Valdosta and accepted a teaching job in my hometown. He moved four hours away without knowing anybody in the town but me and him crossed paths!

We went on a mountain trip, and went to an apple orchard. There was a photographer there that said she was doing an article for a magazine and asked if we wanted to be featured in some pictures.. little did I know that he had hired this photographer to capture his proposal! After she took a couple photos of us, he got down on one knee and proposed, completely surprising me!

Home
>
Marriage Proposals
>
Jaleigh and Cory
Proposal Videos
Check out some of our favorite proposal videos
Ring Quiz
Find the perfect ring for you!