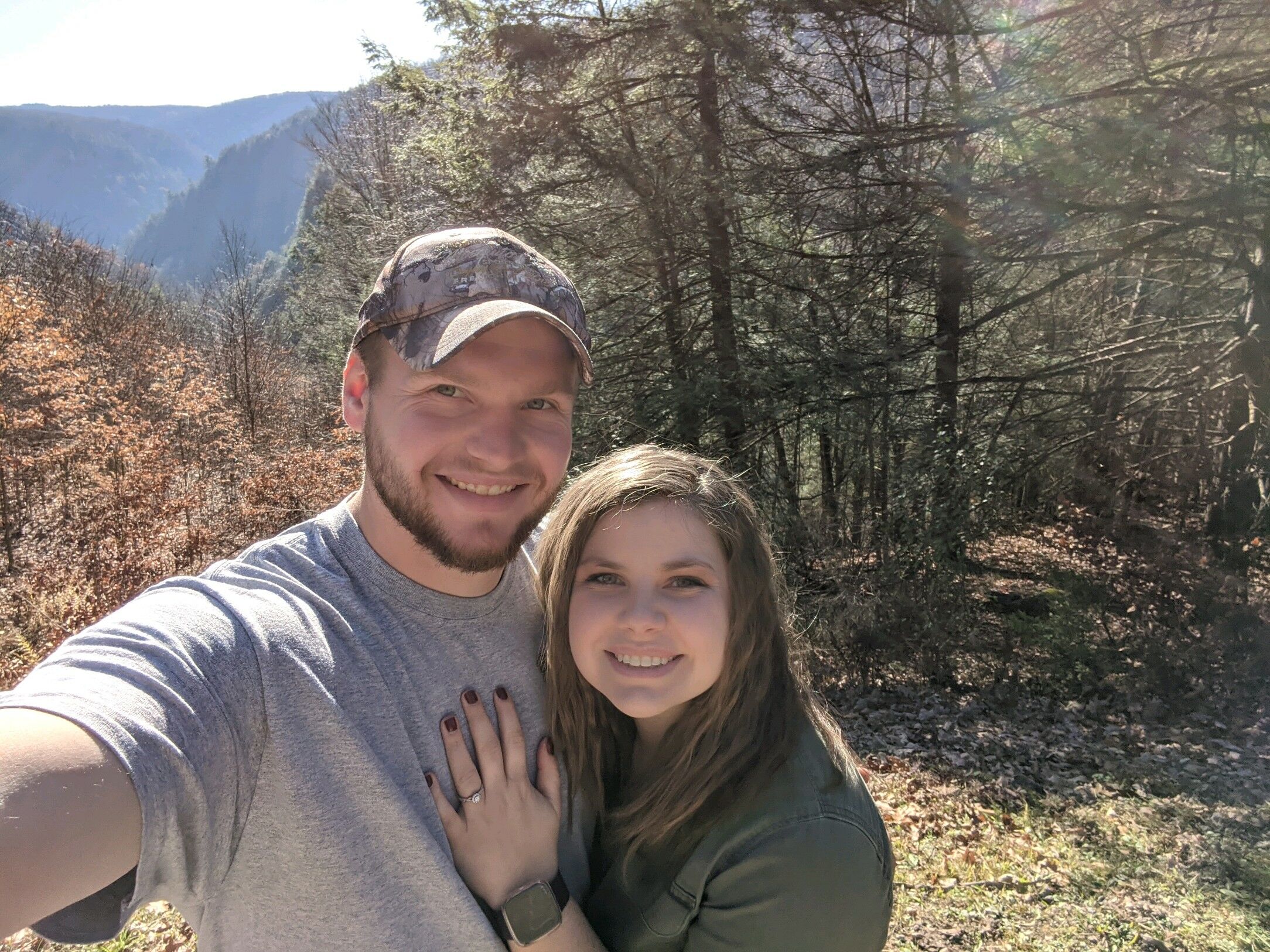 Eric and I first met when we were in 6th grade. The one thing I remember about first meeting him is that he couldn’t stop playing footsies with me during class. To say the least that didn’t last long & we got moved. We eventually ended up having classes together in high school but we didn’t start to get to know each other until we ran into each other at a home football game. To say the least, we’ve been together ever since.

Eric took me on a surprise weekend getaway for our 7 year anniversary. I had no idea what he had in mind for the weekend but I thought sure why not. That Sunday before we were getting ready to head home we decided to go hiking at Colton Point in the PA Grand Canyon. When we were driving in we pulled over to take in the views of the vistas in the park. We got out and were taking in the breathtaking view is when he popped the question. To say that I had no idea was an understatement. I cried happy tears for awhile and said YES to my best friend.

Home
>
Marriage Proposals
>
Jaime and Eric
Proposal Videos
Check out some of our favorite proposal videos
Ring Quiz
Find the perfect ring for you!