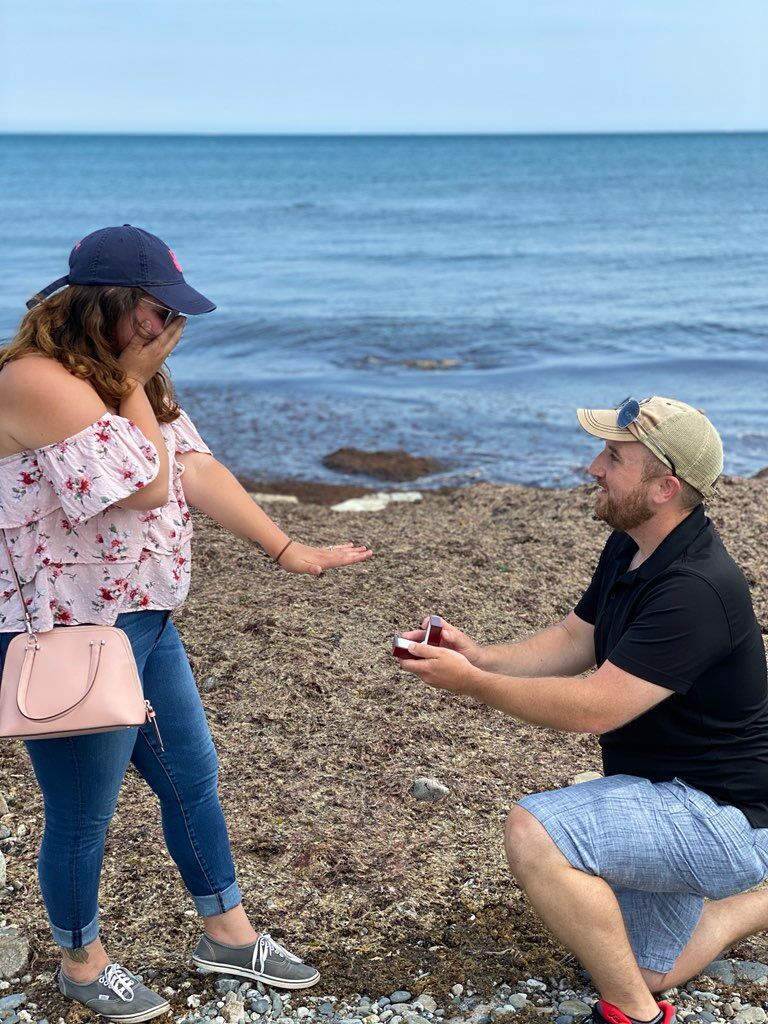 We met in person at a local restaurant after bumble and have been together since July 24th, 2018.

He tricked me into going to Newport as a day trip to cheer me up because it’s my favorite place. When he took me on the cliff walk, I thought he wanted to cross the rocks for a picture he wanted to take. When I didn’t want to, he had me come, and I did it, but when he tricked me over by saying there was a spot for a good pic, when I took out my phone, he got down on one knee and said, there’s a reason I took you here today, and I was so shocked and didn’t see it coming. There was also a couple that stood clapping and took pictures for us. They sent them to us after. The genuine people and reactions around were magical and unexpected from for both of us.

Home
>
Marriage Proposals
>
Jacqueline and Joe
Proposal Videos
Check out some of our favorite proposal videos
Ring Quiz
Find the perfect ring for you!