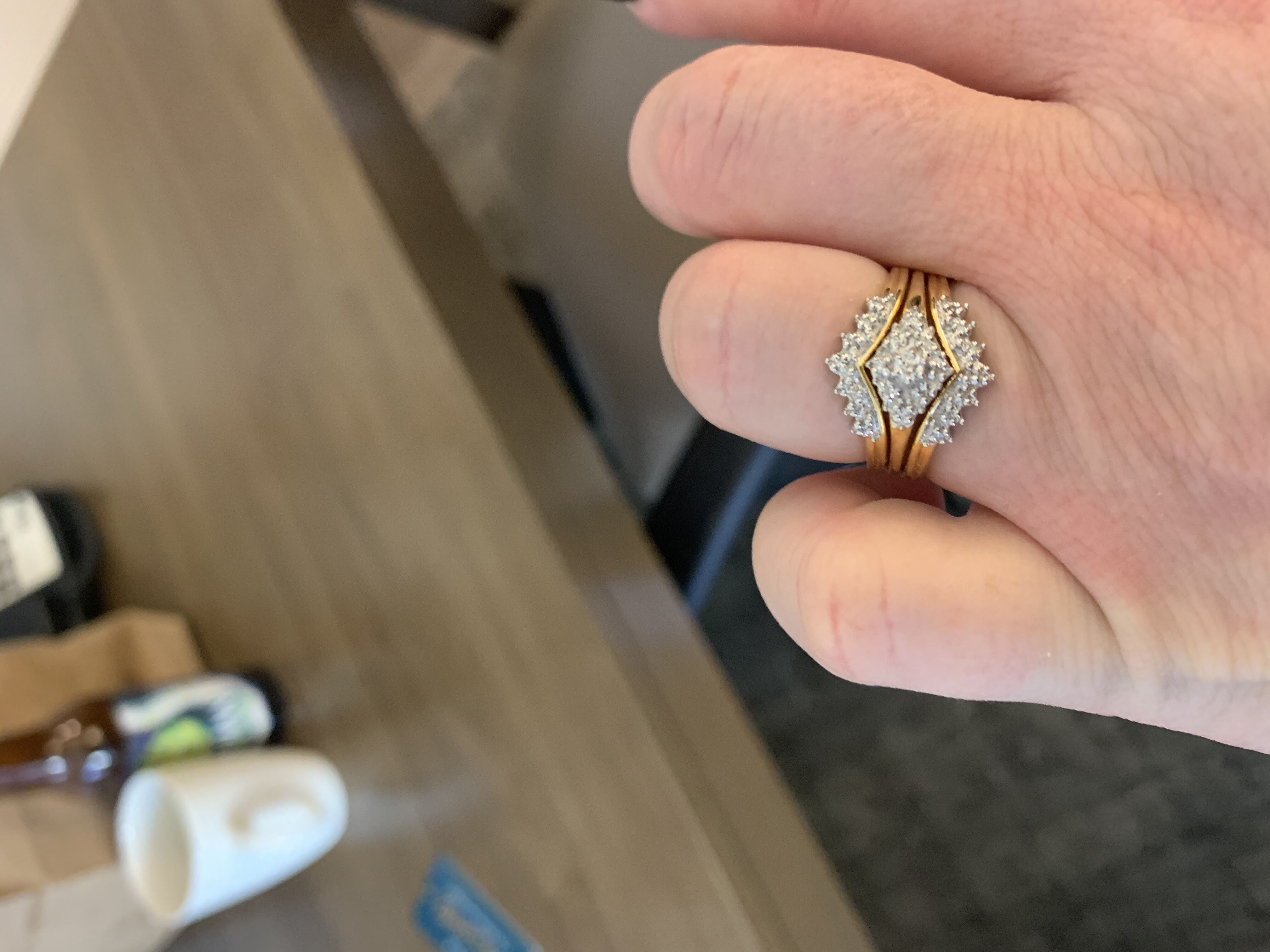 Through Andrew’s sister who used to be my neighbor.

We are from Buffalo NY and traveled to Indianapolis to see the Colts VS the Packers NFL game. To celebrate our 7 year anniversary which was 11/21/2020. As we were packing up our stuff to come home I saw what I thought was his wallet on my pillow. When I realized that it was a box and not a wallet I asked him what it was. I still thought it was an anniversary present and when I opened the box and realized it was a ring I began sobbing and dropped the box. Back ok the bed and just hugged him and we cried together.

Home
>
Marriage Proposals
>
Jackie and Andrew
Proposal Videos
Check out some of our favorite proposal videos
Ring Quiz
Find the perfect ring for you!