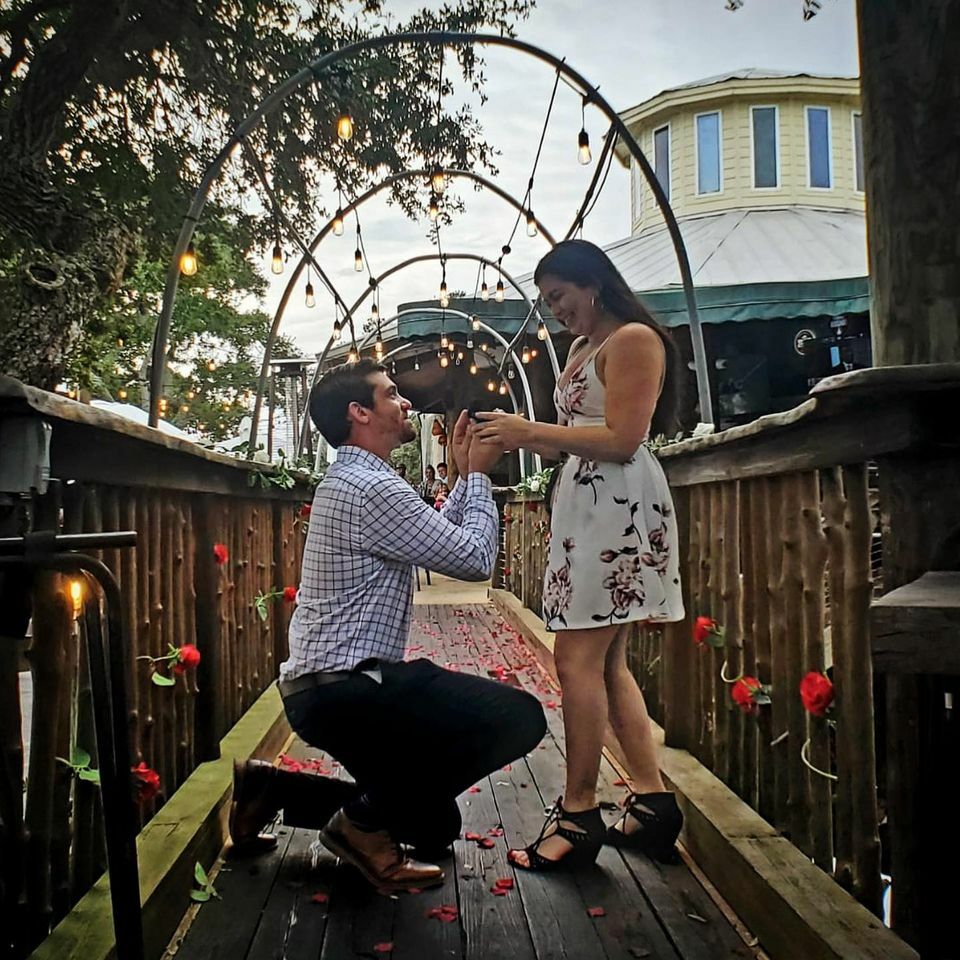 We met during our first year at Stetson Law School. By graduation, we were best friends, and we started officially dating about a year after graduation.

The week before the proposal, Paul had a friend take me on a spa date so my nails would be done. He planned a long weekend getaway at New Smyrna Beach (the city where he had first asked me to be his girlfriend). He popped the question at Norwoods Restaurant and Treehouse (we went there the night he first said “I love you”). My sister and a friend I’ve known since pre-school was there to take pictures and video (they also decorated). I was so excited I said yes before he could actually ask the question! It was perfect.

Home
>
Marriage Proposals
>
Isabel and Paul
Proposal Videos
Check out some of our favorite proposal videos
Ring Quiz
Find the perfect ring for you!