How She Asked
LGBT
Maryland 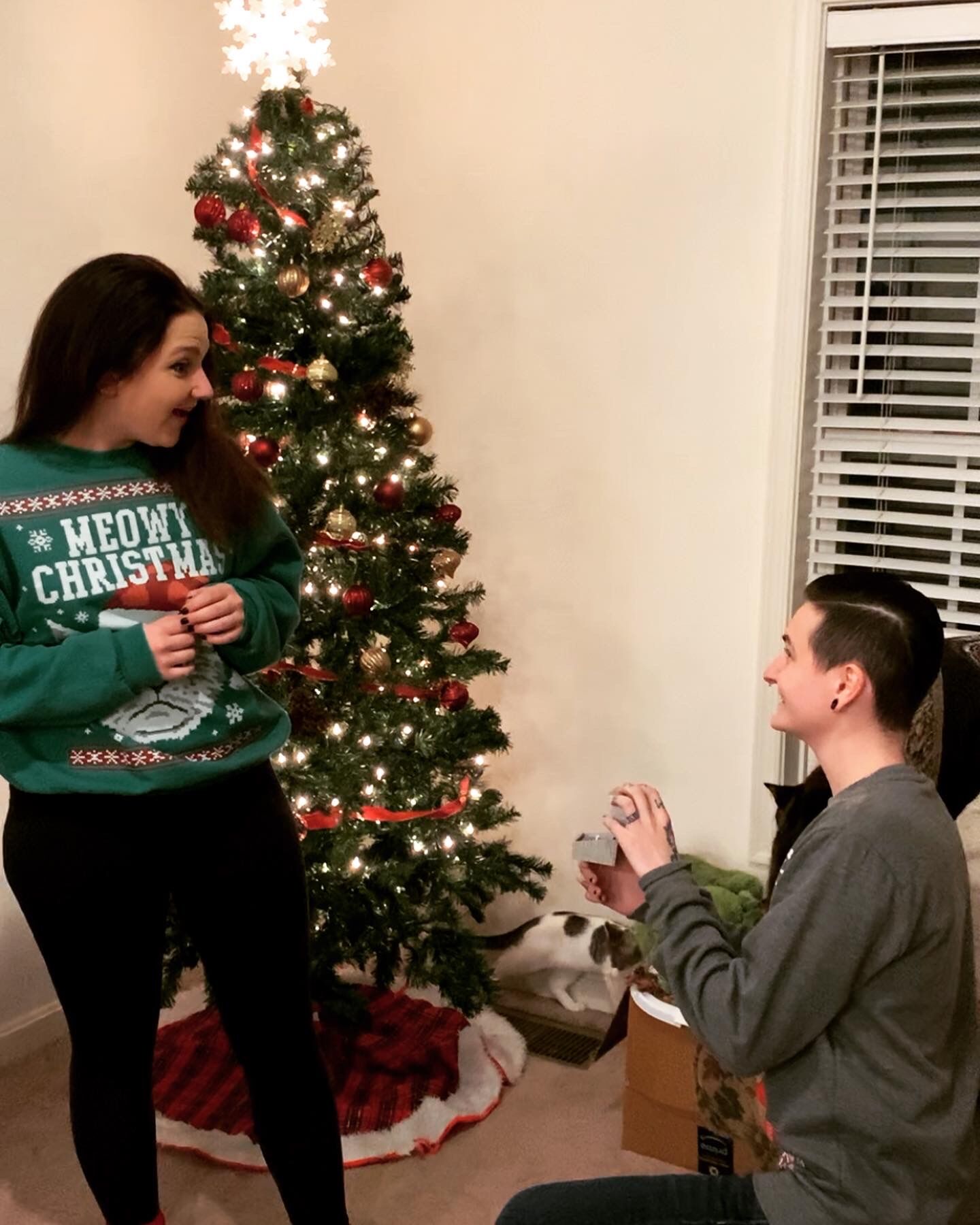 We actually met on Tinder. I was sitting in traffic near La Plata, MD, and deciding to swipe on Tinder. That’s when I saw Emilie. I thought she was absolutely beautiful and swiped right. Later that night I got a notification, saying I matched with Emilie. The next thing I see, I have a message notification from Emilie. And the rest is history.

A couple of days before the proposal, Emilie had brought up how she wanted me, her roommate, and herself to bake cookies and get the house decorated for Christmas. I knew that would be the best time to propose, since she loves decorating for the holidays and that there wasn’t going to be a lot of people around. I messaged her roommate about my plan to propose and he was so excited. His part in the proposal was to act like he was taking the pictures of Emilie and I after we finished decorating but he would actually be recording. He agreed! So when I arrived to the house on 12/1, we began making Christmas cookies, snickerdoodles, Emilie’s favorite. While they were baking, we began decorating the tree while listening to Christmas music. After all the cooks were baked and we were done decorating; I asked Emilie if she wanted to take pictures in front of it. She said of course and I asked her roommate if he could take some pictures. We were standing in front of the tree, smiling and Emilie goes “let me put you on my back.” I said “no” and backed away… while backing away, I took the ring out of my back pocket, said “Emilie, will you marry me?” and got down on one knee. I will never forget the expression on her face, when she saw me on my knee, presenting her a ring. Of course she said yes!`

Home
>
Marriage Proposals
>
Denise and Emilie
Proposal Videos
Check out some of our favorite proposal videos
Ring Quiz
Find the perfect ring for you!