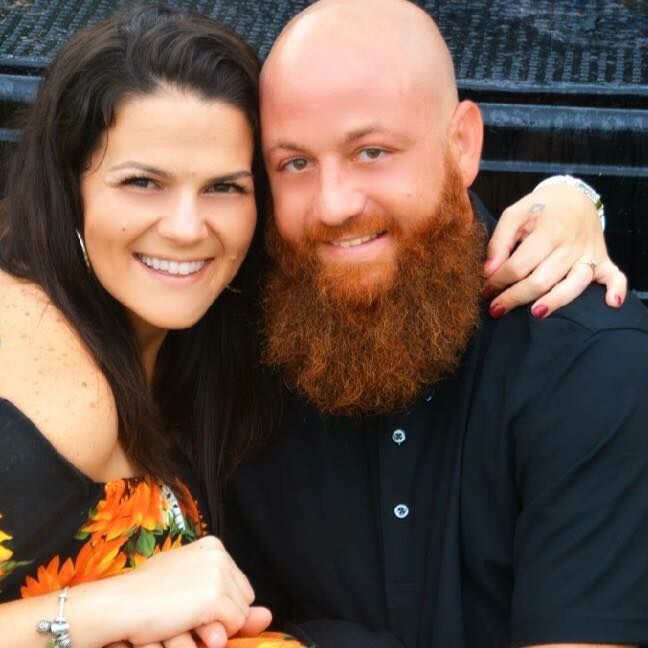 Michael and I were both volunteering at the same church. We became friends and 10 years later it became more.

We took a family trip to Alabama to visit my friend on her farm. On Fathers Day we thought it would be nice to take our kids (my son and his two daughters) to do something fun. We ended up deciding to going to Cathedral Caverns (He already had this planned with my friend and my mom). So we take the mile long hike through the cavern and just as you reach the end the tour guide (he was in on it too) begins the “wowwww” moment of the tour by shutting off the lights and the walls light up and it looks like diamonds are everywhere. At this moment the tour guide ques Michael and from behind me in the dark I hear my name being called and I turn around to see Michael on bended knee practically shaking and tells me of his love and that he wants to spend the rest of his life with me and he asked me to marry him and of course I said YES! Everyone had tears in their eyes including my mom and all three kids. I could not have asked for a better proposal.

Home
>
Marriage Proposals
>
Heather and Michael
Proposal Videos
Check out some of our favorite proposal videos
Ring Quiz
Find the perfect ring for you!