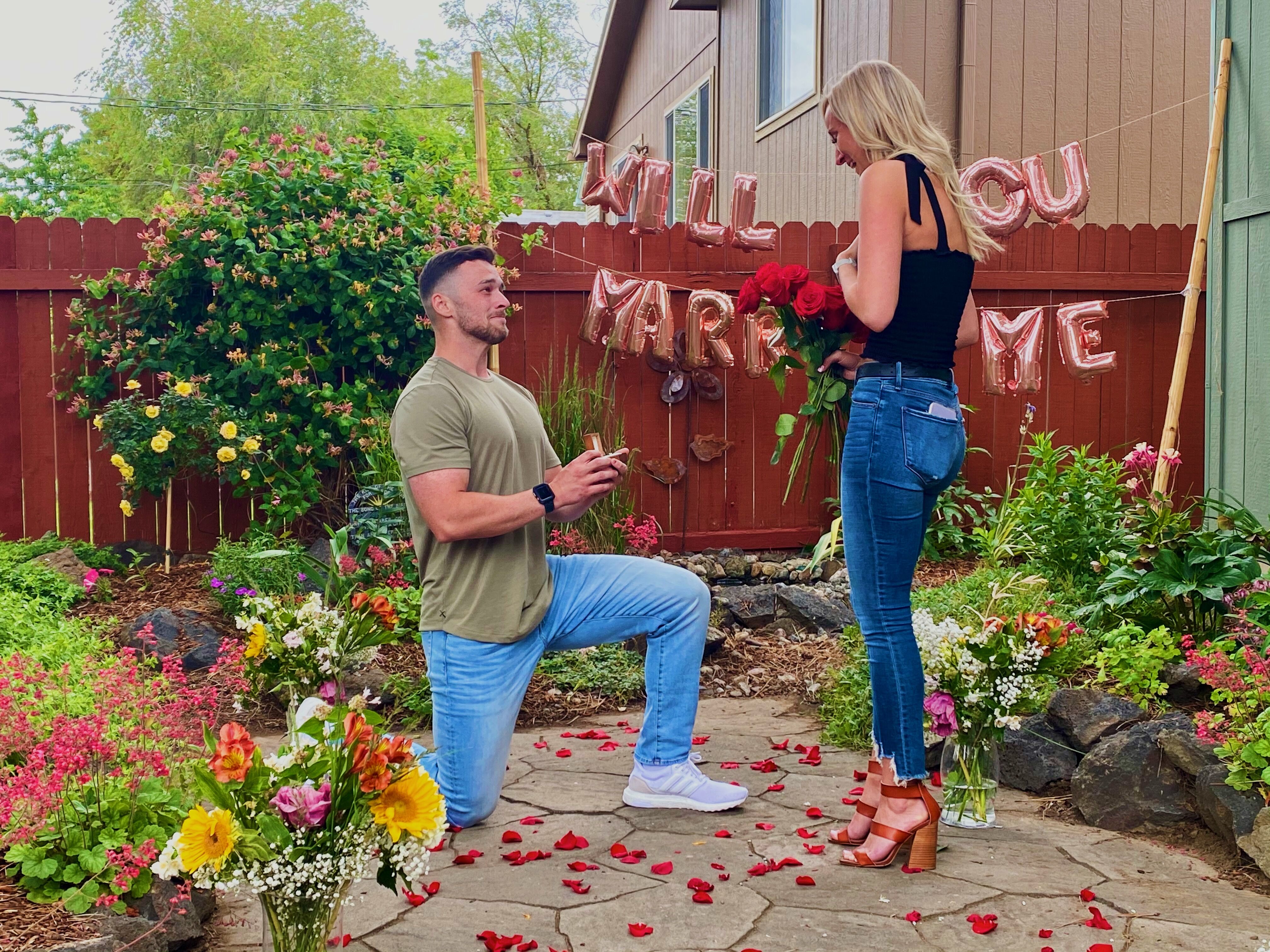 My sophomore year of college (2017) I had been single and my roommates boyfriend kept trying to hook me up with his single friends. I hadn’t been interested in any of them. I saw her boyfriend at a taco truck one day and he was with a guy I had never met before. I immediately texted my roommate confused on why he had never introduced me to this new friend because he was so cute!! My roommate told her boyfriend, who told my now fiancé. He followed me on Instagram that next day, and I thought that was the end of that. Months later, we officially met at a college Cinco De Mayo party. We exchanged numbers and set up a group bowling date a few days later. After a few study dates and diner dates we became inseparable and made it official just a week before we went back to our hometowns for the summer (which is 5 hours away from each other).

For my 23rd birthday I was planning to go to my hometown of Spokane, WA to celebrate with my friends and family. We didn’t have much planned and we’re just going to have a barbecue at my friends house. Earlier in the day, everything seemed normal. My fiancé and I went out to a nice lunch, and walked along the Spokane River. Later in the day, everyone went to go to the barbecue before me to help “decorate” for my birthday. When I arrived, I walked into the backyard to hear a song by my fiancé and I’s favorite band playing over the loud speaker. All of my friends and family were lined up in a row handing me roses as I walked by. As I got to the end, Will was surrounded by rose petals, with balloons in the back that read “will you marry me?” When I got to him, he got down on one knee, and I said yes!! We were able to celebrate with all of my family and friends who were there to witness it.

Home
>
Marriage Proposals
>
Hannah and Will
Proposal Videos
Check out some of our favorite proposal videos
Ring Quiz
Find the perfect ring for you!