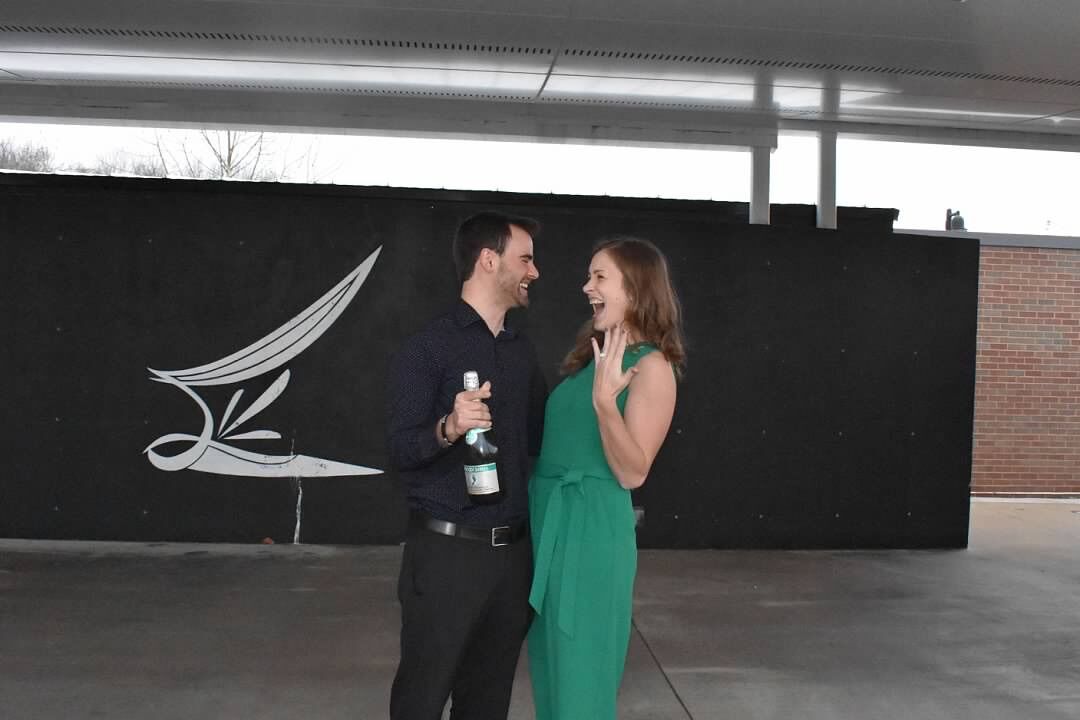 We met at chiropractic school (Logan University) and became friends through a club on campus. He came to the club every time and also would come to another club that I was president of just to see me. I was dating another guy at the time so we were friends for a year and became close. Once I told our club group that the other guy and I had broken up, Micah was very interested and asked me if I would watch the St. Louis Blues game with him (they were in the Stanley Cup Finals at the time). They won Game 4 that night so obviously we had to watch the rest of the games together (that is the excuse he uses now 😉 they went on to play game 7 and win!).

Micah planned the whole day with five stops at important places for us. We got dressed up and went to Busch Stadium in St. Louis first as we enjoy Cardinals baseball games together. Next pit stop was Enterprise Center, home of the Blues, as they were the reason we started dating. Next, the Muny Theater, which is where we had our first actual date, followed by going to Logan University, our alma mater. Lastly we went to Chesterfield Amphitheater, where we first watched the Blues game, where he dropped down on one knee to propose on the stage (neither of us remember what was said haha) and I SAID YES! My family, his family, and several of our friends came out from their hiding places to congratulate us and showered us with love and champagne. March 1st one of the best days and memories ever for us! We started dating on the first (of July), got engaged on the first, and will be getting married on the first (May 2021)!

Home
>
Marriage Proposals
>
Hannah and Micah
Proposal Videos
Check out some of our favorite proposal videos
Ring Quiz
Find the perfect ring for you!