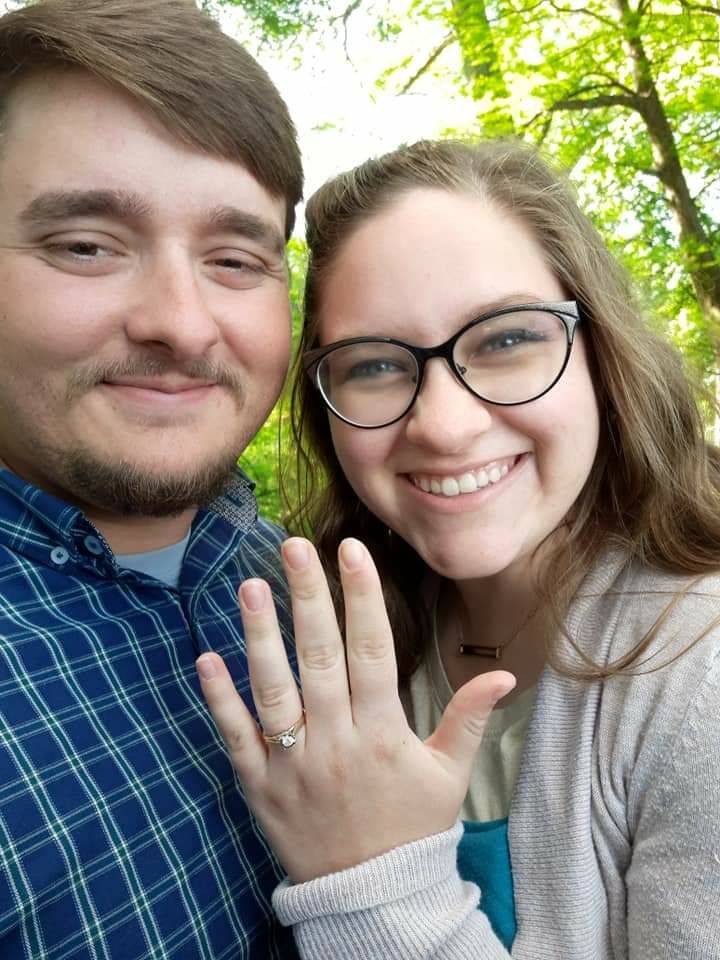 My family had just moved from IN to TN and my dad started a preaching job in Dresden. It was an icy january morning and his family came to visit with us! I was dating another guy, but I remember thinking he was SOOO cute! A couple months passed and I saw him again. He was trying on clothes at a friends house and my mom took a picture for him of him in a suit coat. I remember thinking “if Anthony and I ever break up, James is definitely on the list!” Well Anthony and I did break up and the sunday right after I was like “oooo! James is still single!” Long story short, he ended up asking out my sister on July 4!😒 They dated a couple months and I was so happy to see him. He was funny, sweet, handsome! Then she broke up with him in Oct! So I decided to comfort him because I was worried about him, and then one thing led to another and he asked me out in Nov! He was my first kiss, my first real love, all of it! We dated for 1 year and 4 months and then he broke up with me… I was so upset! I was single for several months and then I dated another guy for 10 months. Everyone told me he was just like James. James 2.0! 😂 I broke up with that guy and very quickly realized that I was not at all over James. We started snap chatting again. One thing led to another and a 3 and a half hour phone call later, we were thick as thieves! We realized we still had feelings for each other! Then 11 months later he asked me to marry him!

He told me we were going to Reelfoot Lake to watch eagles with his parents. I got home from work and he was out with my dad, so I got ready to go out. I fixed my hair, refreshed my makeup, and got into a cute outfit! When he got there, he was all dressed up and his hair fixed, he looked so nice! I assumed he just decided to look nice that day. We got to the state park and walked around for a bit looking at the birds in the habitats. We decided to go on the board walk. We walked for a bit and his mom (an amateur photographer) was taking pics of everything. He turned down one path that led to a gazebo. He pointed at something in the trees and told me to look at it! When I turned around, he grabbed my hands and said “I promise to love you with all that I have. Put nothing above you, and wont turn my back. You’ll be my everything and all I’ll ever need.” Then he got down on one knee and asked me to be his wife!❤

Home
>
Marriage Proposals
>
Grace and James
Proposal Videos
Check out some of our favorite proposal videos
Ring Quiz
Find the perfect ring for you!