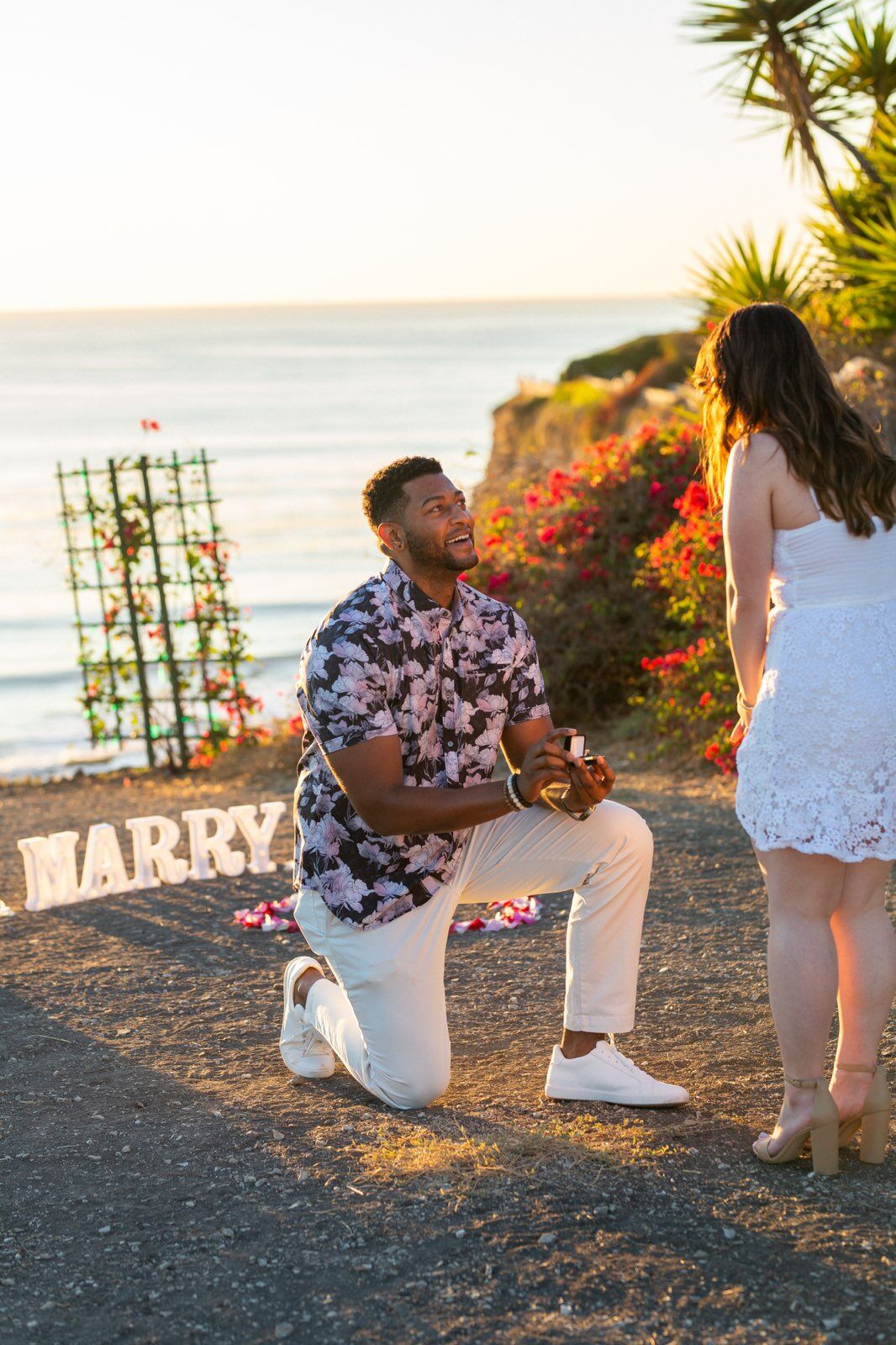 We met in 2013 in Calculus class at Cal State Fullerton. As soon as Darien walked in the room, I felt an instant connection. We started as friends and during the Summer of 2014, went on our first date. We were both studying Mechanical Engineering in college and ended up planning to take classes together. He eventually asked me to be his girlfriend during November 2014 and in 2015 gave me a promise ring during Christmas. We graduated from college together in 2018, both found great jobs, and the rest is our love story.

The Saturday before he asked, he told me we were going shopping because he had something planned for us on Sunday. Something planned during a pandemic was a red flag to me and I suspected that he was going to ask. How he was going to ask blew me away. He had picked out a dress for me, made sure I had done my nails, and planned all this during lockdown. We drove 1+ hour up to Lunada Bay Cliffs, as we were walking up I saw a gorgeous picnic, a photographer, a “Marry Me” sign, AND a violinist! I started tearing up instantly and as we got closer to the setup, he took my hands and then got on one knee (very smoothly I might add), and asked me if I would do him the honor of marrying him. It truly was the easiest ‘yes’ of my life.

Home
>
Marriage Proposals
>
Golda and Darien
Proposal Videos
Check out some of our favorite proposal videos
Ring Quiz
Find the perfect ring for you!