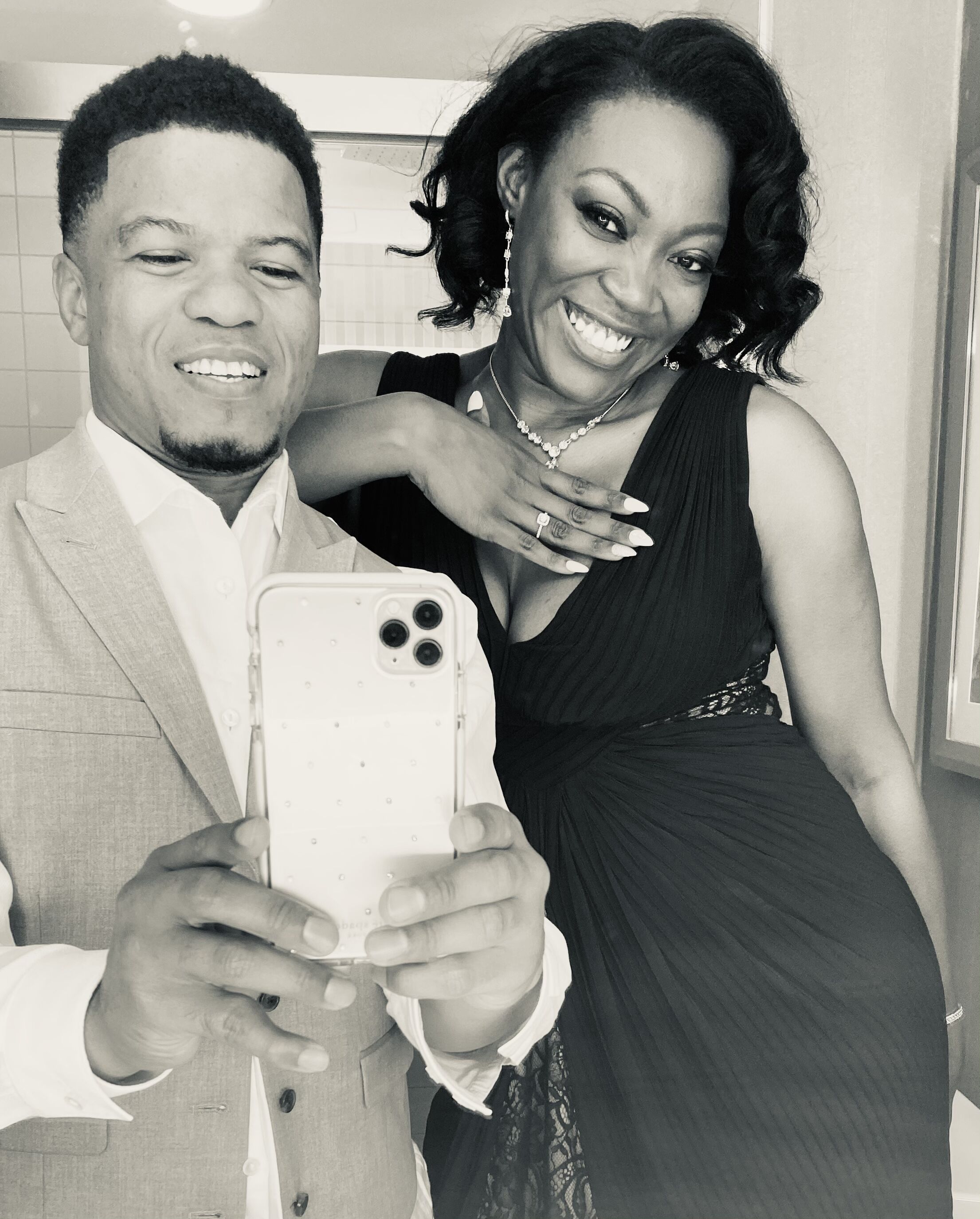 We met at Church in October 2019 at a Fall Festival. We had been going to the same church for 4 years and had never paid attention to each other until we were introduced to each other during the festival. I am 6 ft 2 and he is 5 ft 7 and I must say I was swept away by his confidence. After dealing with too many guys who played games I knew right away Patrice was a man who knew what he wanted and I liked that!

We planned to celebrate our 1 year anniversary as a couple at Sun Dial restaurant in Atlanta, GA on 11/14/20. A few days earlier he told me to get dressed up like we’re going to the Oscars for dinner. With me being 6ft 2 I was concerned I wouldn’t find a gown in time but the night before I went to our local Lennox Mall and Macy’s saved the day. Due to covid he had not met my parents who live in NJ but talked with them on the phone. We had been talking about marriage in 2021 but I thought he was going to wait until he met them when he traveled home to NJ with me for Christmas. I had no idea he had already talked with my family and had been planning to propose for months. He went on Facebook Live to share about our anniversary and when I thought we were taking a picture in our gown and tux he proposed LIVE on Facebook so all my friends and family could be apart of the Celebration! I was SO shocked I was speechless which is a miracle! Lol

Home
>
Marriage Proposals
>
Glenda and Patrice
Proposal Videos
Check out some of our favorite proposal videos
Ring Quiz
Find the perfect ring for you!