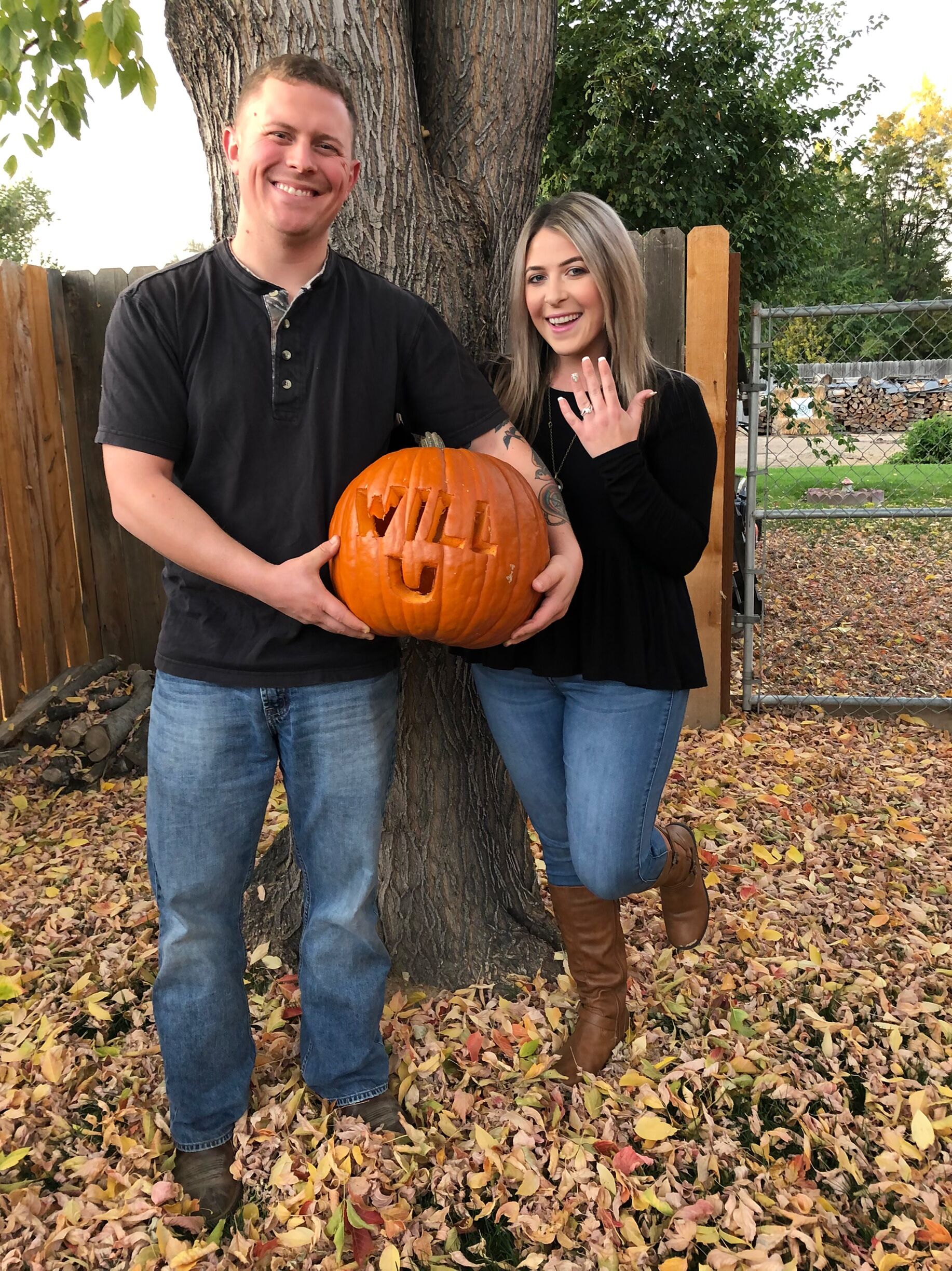 We met when we were 15 working at a local pizza place. We always liked each other but when one of us was single, the other wasn’t. The timing never worked. We went out separate ways for many years and were both separately married and then divorced and reunited 10 years later.

After going to the pumpkin patch, we took our pumpkins to a friends house for carving. Our friends and I had barely started carving but Jonathan was ferociously carving away and was done very quickly. I was frustrated at first wondering why he was going so quick and not enjoying the evening but then he asked me to take a look at the pumpkin and it had lettering carved in stating “WILL U.” I turned around and he was on his knee. It was a spectacular date night that turned into our engagement!

Home
>
Marriage Proposals
>
Georgina and Jonathan
Proposal Videos
Check out some of our favorite proposal videos
Ring Quiz
Find the perfect ring for you!