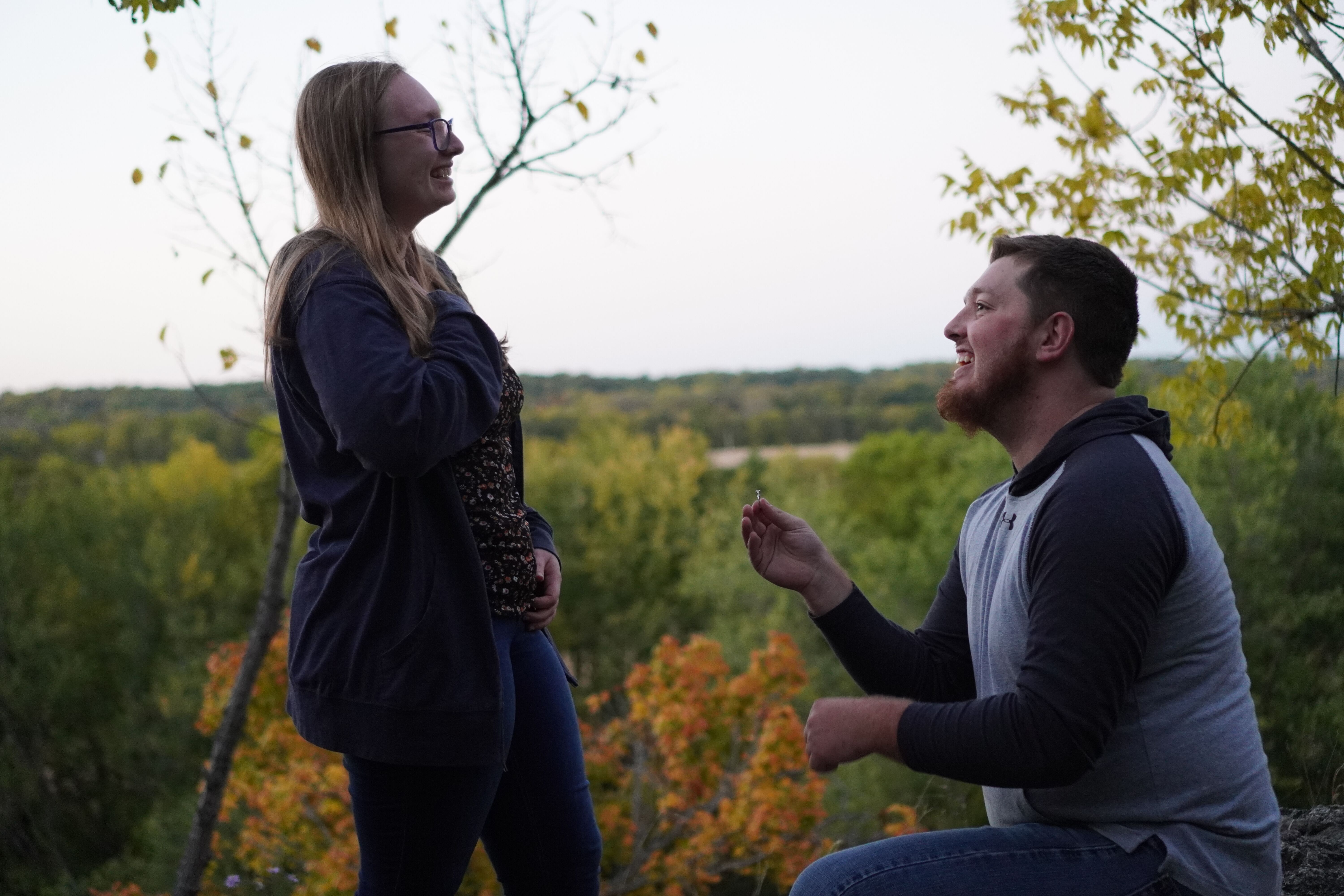 We met in college through mutual friends in the first semester of my sophomore and his junior year. We were all in the Digital Media Arts department, he and I were both Film Production majors. When we met, I was still dating my high school boyfriend, but we broke up that December (for reasons unrelated to meeting Riley). We mostly hung out together with our friend group but started talking to each other in January and hanging out, going on adventures to Walmart together. We both realized we had feelings for each other, but because of circumstances at the time, we decided we should wait a little while before we start dating. We still hung out, talked, and went on adventures together with and without our friend group. We were together a lot of the time, we would secretly hold hands, and after a while, our friends just assumed we were dating. At that time, we just figured we didn’t have to keep hiding anymore and it became known that we were officially dating. There wasn’t any actual date when we started dating, it just kind of happened. But I know our story is unique and I wouldn’t change anything about it.

We went to Hanging Rock to take pictures and get footage with my fiance’s new camera. It was a beautiful spot that looked over a river, and the fall colors made it better. We set up the camera to record and framed the both of us in it, looking out at the water. He told me how much he loved me and that he was going to marry me (which is something he said often). And then he went down on one knee, pulled out a ring and asked me to marry him. As he went down I said “Oh my god, you’re kidding me!” and then our friends jumped out of the bushes behind us with cameras. He had our camera recording, 3 friends taking pictures, and one flying a drone overhead (We’re all digital media people). Best. Day. Ever.

Home
>
Marriage Proposals
>
Genesis and Riley
Proposal Videos
Check out some of our favorite proposal videos
Ring Quiz
Find the perfect ring for you!