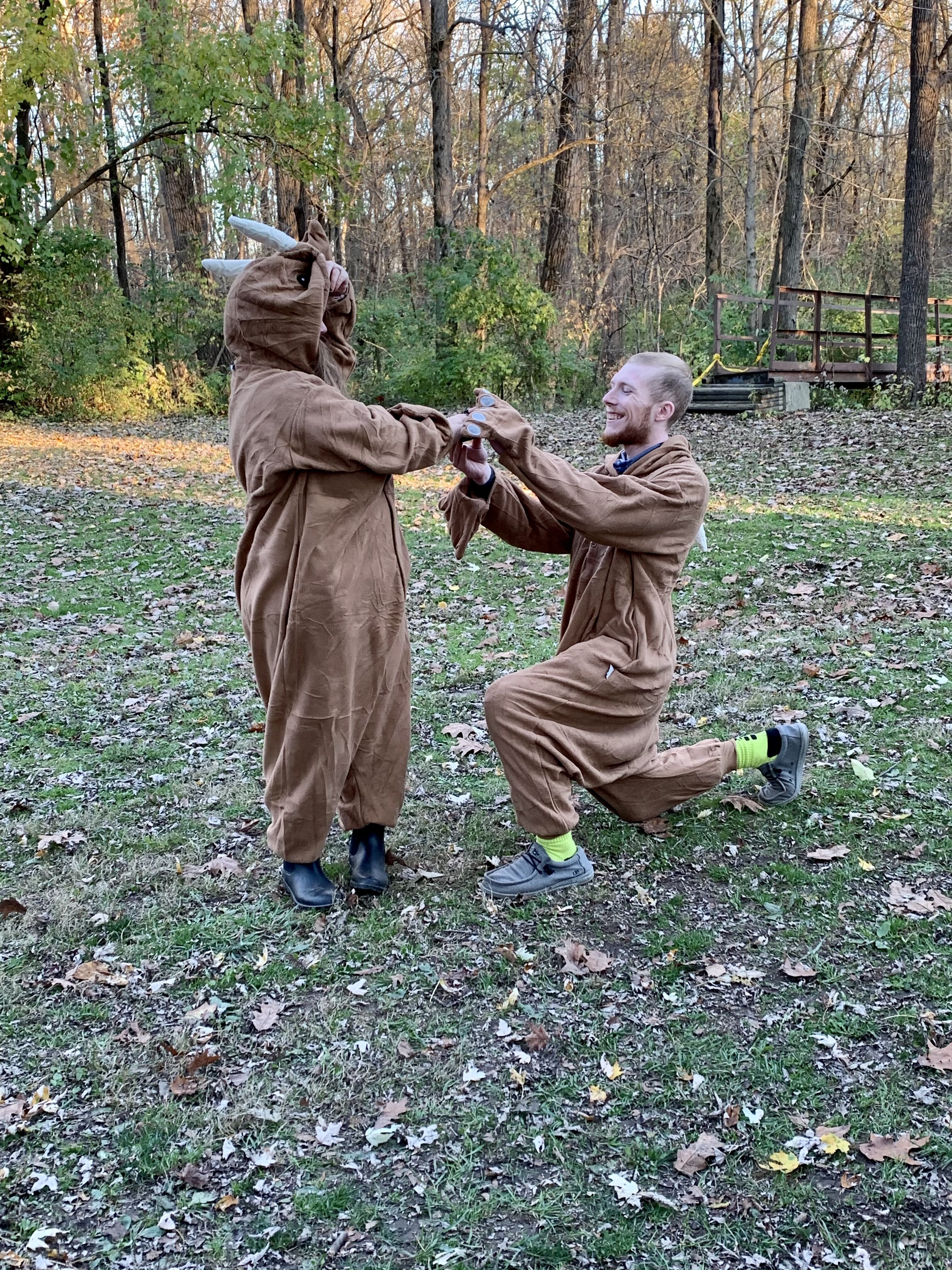 We met at church in 8th grade at VBS after VBS we saw eachother every once in a while because his church rented my church building. My senior yr and his junior yr of high school he moved to my hs right after my friend passed away in a plane crash. It was literally fate. He was there for me during one of the hardest times in my life. We talked for 2 weeks and started dating on the first day of school & now 4 yrs later here we are.

He asked while my family was camping over halloween weekend. I was scheduled to have surgery on Monday Nov. 2 & I was so bummed that he may ask me and I would be in a sling (silly lol) On the saturday of Halloween the campground had trick or treating so we decided to dress up as matching walrus and pass out candy. When my family returned from taking the little kids to get candy we were getting a pic of us in our costumes. We had our hoods on so that you could see our tusks in the picture, while I still had my hood up he took his off and got on one knee. My brother who was taking the pics told me to take my hood down so we could get a normal pic and boom there he was on one knee.

Home
>
Marriage Proposals
>
Gabriella and Jonathan
Proposal Videos
Check out some of our favorite proposal videos
Ring Quiz
Find the perfect ring for you!