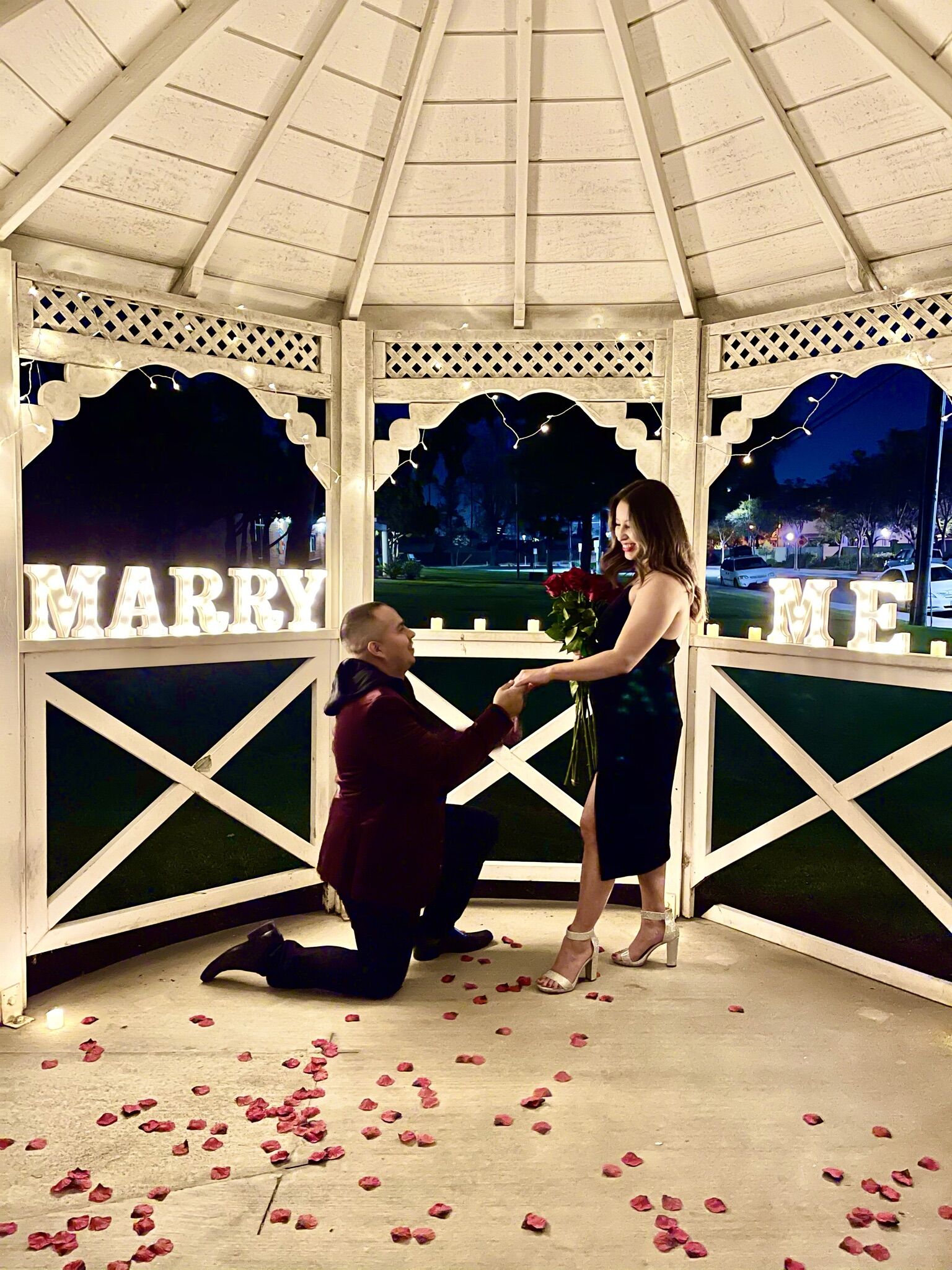 We met in kindergarten, in Southern California! For the next 4 years we continued to grow up together with a group of friends. In third grade, I handed him a note that read “Hi, I think you’re cute” and ran off! LOL The next week my family and I abruptly moved across the country and we lost touch. Fast forward to 7 years later, he was able to get ahold of my phone number and randomly called me, spending a whole day catching up, (I also found out we were each other first crushes) and we then tried making plans for him to come visit me on the East Coast. The plans fell through but I abruptly moved back with my family to California 2 months later. Within 2 months we started dating and have been inseparable since. Let’s talk about timing?!

My now fiancée had my best guy friend kidnap me to go on a scavenger hunt! There was a pink balloon with a pink packaged gift waiting with a letter. The letter explained to get ready and that there would be 3 clues at the end he would be waiting for me. First clue, was in the packaged gift that included a pair of silver glitter heels. with a clue that would lead me to the airport for our love for traveling around the world together. Second clue sent me to the happiest place on Earth (Disneyland) where we spent many fun dates together. Last but not least, the final clue said to meet at the place we met… I completely forgot there was a gazebo at our elementary school and there he was waiting underneath with a dozen roses. He had candles leading up to the gazebo where he decorated with lights and a “Marry Me” sign. I was ugly crying the whole time his sweet voice asked me to spend forever with him ❤️ I could barely say yes from the excitement. What made this special event so much more magical is that right by the gazebo there were elementary kids who were able to witness through their classroom window and jumped for joy when I said Yes!

Home
>
Marriage Proposals
>
Gabriela and William
Proposal Videos
Check out some of our favorite proposal videos
Ring Quiz
Find the perfect ring for you!