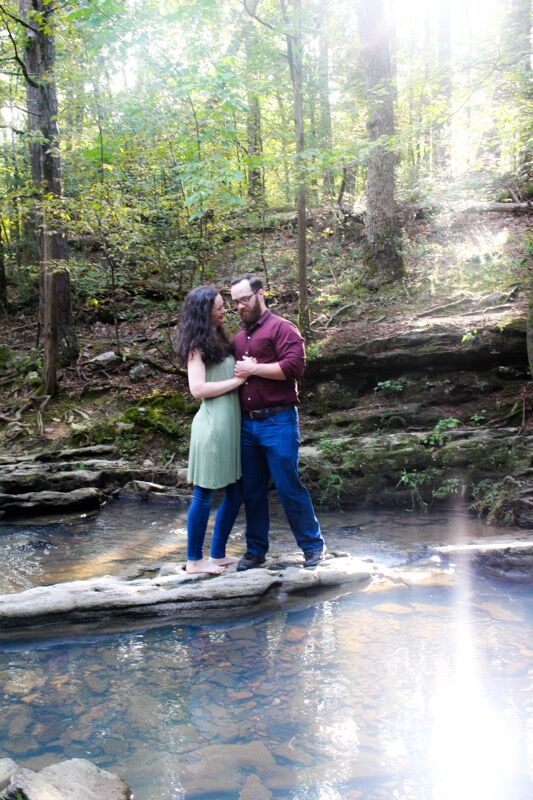 Through our Bible study church group.

We went to dinner and then to a park to hang in his hammock. He mentioned a geocache that we previously couldn’t find. So we went to look again, but there was new construction in the area so I assumed the cache was gone. He is under the small bridge looking all over and trying to get me to look under the bridge too. And I told him it’s probably not there since this is a new bridge. He continued to search and stated he found something. He hands me this glass bottle with a rolled up price of paper that I assumed was the cache log. And when I get it out it’s a love letter from him and asking me to marry him. I turn to see him on the side of the bridge on one knee holding a ring. I said yes!

Home
>
Marriage Proposals
>
Faith and Harold
Proposal Videos
Check out some of our favorite proposal videos
Ring Quiz
Find the perfect ring for you!