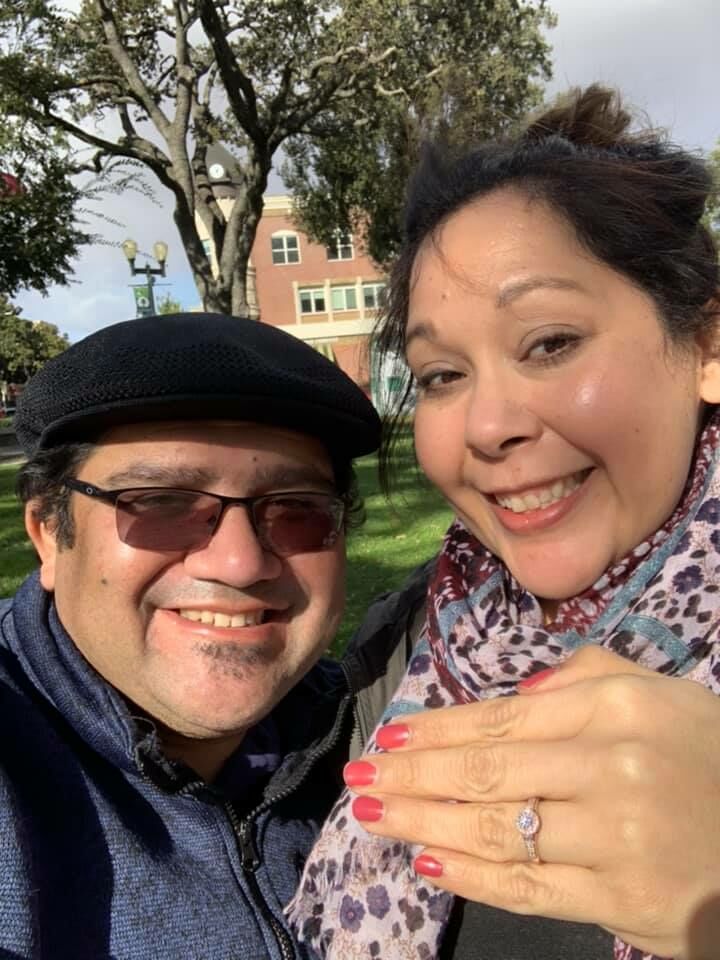 We met through mutual friends while out at a local bar. I initially did not like him when we met. But, he kept on trying to get my attention every time my friends and I ran into him while out. He would. He was persistent. But, I just wasn’t interested in him at that time, and I had a lot of things going on personally in my life at that time. Several months later we ran into each other in a coffee shop. We chatted for a few minutes before he asked if I would be interested in getting coffee with him in the near future. I decided to take a chance and gave him number. We have been together for 10 years.

During dessert, Michael began a humble speech from the heart, got down on one knee, and asked me if I would give him my hand and marry him.

Home
>
Marriage Proposals
>
Esmerada and Michael
Proposal Videos
Check out some of our favorite proposal videos
Ring Quiz
Find the perfect ring for you!