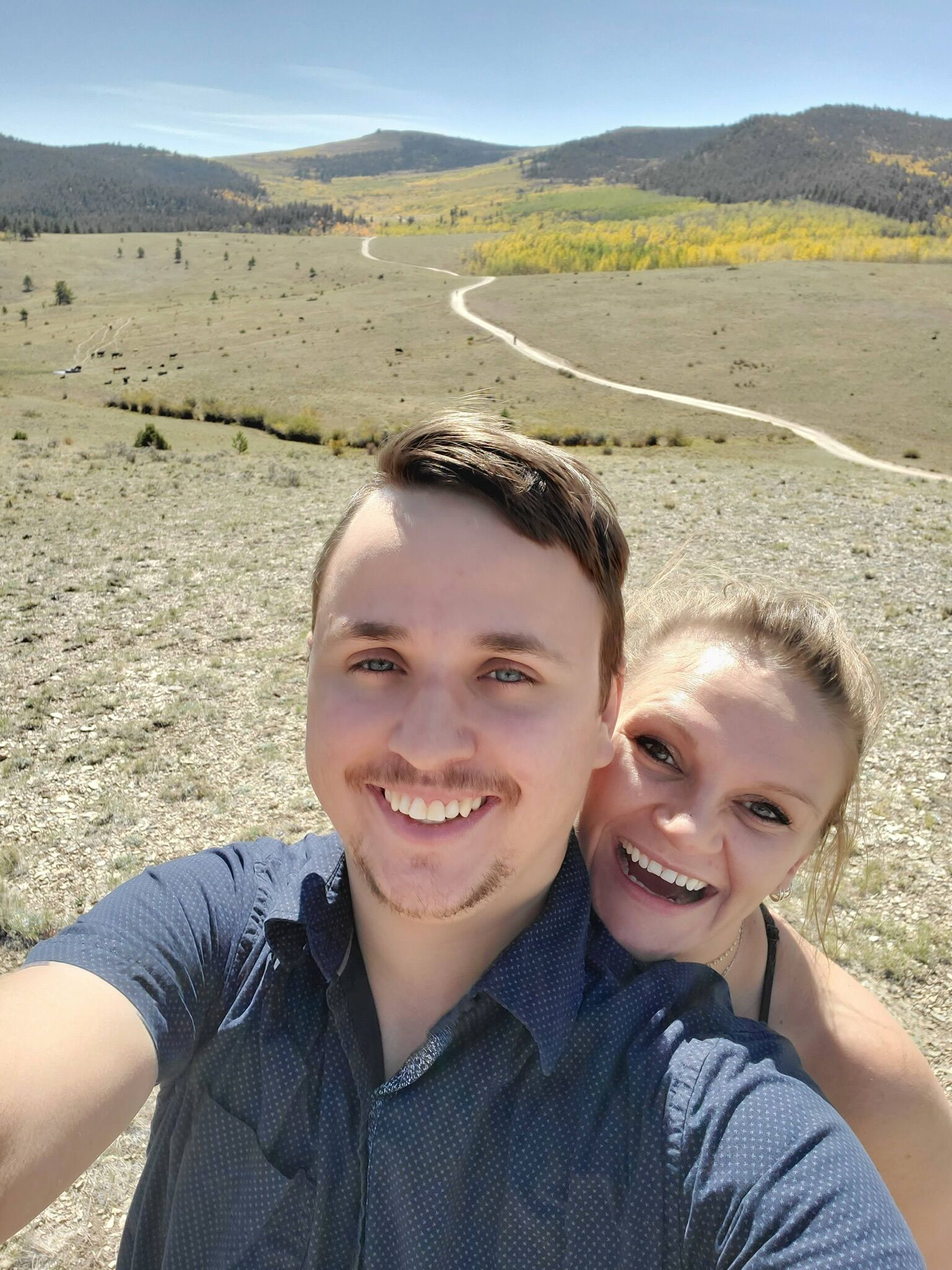 My sister-in-law’s Aunt works with his mom as teachers. They had been trying to set us up for months. Eventually he and I agreed to have our numbers exchanged, and as they say, the rest is history. He first texted me on my birthday (we share half-birthdays!) and a month later, in the middle of COVID, we had our first date that lasted 6 hrs. That same week we had two more dates, our third being our “epic” date that was 14 hours long and where he asked to be my boyfriend and we shared our first kiss. While we were cautious in our initial meeting, we are both public servants exposed to COVID on a daily basis (he is a Sheriff’s Deputy and I am an RN on the blood and bone cancer floor at a teaching hospital), so we were willing to take the risk, as we do every day anyway. After that 3rd date, I was already declaring I had met my husband, and later found out that was also when he knew. Six months after our first date, he proposed,but we had been talking about marriage since about 2 months in. We just knew and all our other relationships had never felt so right—like home.

I woke up to a riddle he had texted me as my first clue of a scavenger hunt. That clue led to the woman who connected us, who opened a small box with another clue on FaceTime. That led to FaceTime-ing my sister-in-law who had another box, which led to my other sister-in-law, whose box led to my meeting his mom at a nail salon where I got my nails done and received the box that told where to meet him for dinner ( I had to decode a cypher to get the restaurant name and time!). I then was able to meet him at his house prior to our dinner date (until I decoded that last cypher, I was not allowed to talk to or see him) where I received flowers and a small wooden box with a heart on it which receives digital messages from him, and when I spin the heart, it “fills his heart” on his phone. Finally, he drove me to Garden of the gods, where I have never been even though I’ve lived in Colorado my whole life. We walked up to the top of one of the lookout points where he said he had one last box for me to open. Then he knelt on one knee and asked me to marry him. It was snowing and brrr frigid, but he warmed my heart nonetheless. The time and coordination it took on his part was astounding considering my one sister-in-law is in Missouri, made me feel so special. We ended the evening with a fancy, romantic dinner. It was PERFECT.

Home
>
Marriage Proposals
>
Erin and Zack
Proposal Videos
Check out some of our favorite proposal videos
Ring Quiz
Find the perfect ring for you!