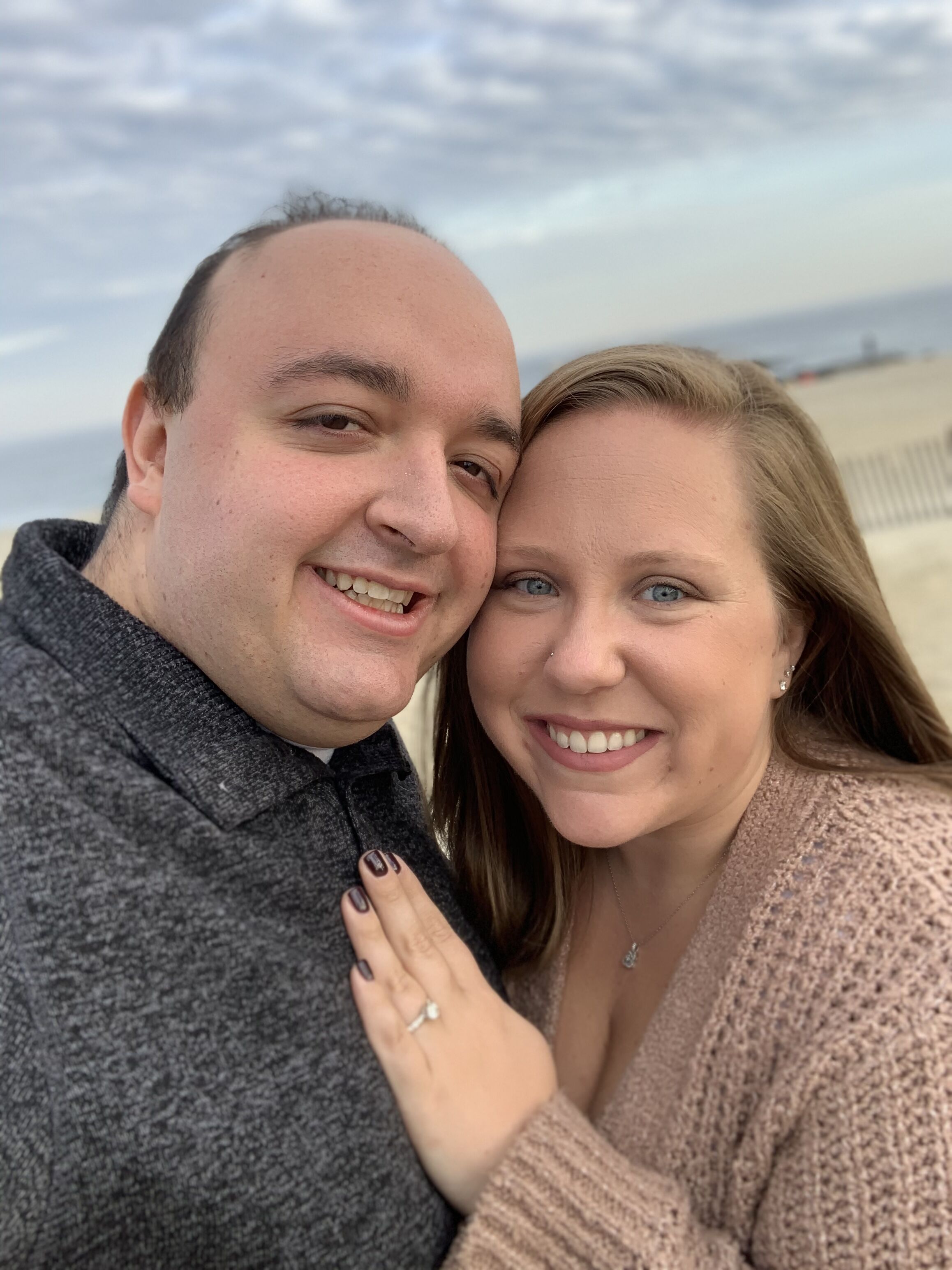 We met our Sophomore year of college and starting dating our Senior year. Six years later we are so excited to be starting our next journey!

Joe told me that we were going to lunch on the boardwalk (taking advangtage of the nice weather for outdoor dining). When we got to Asbury Park he tells me that the reservation was a half hour later and we would just walk on the boardwalk to kill time. I was starving and so angry I had to wait for lunch. After walking up and down the boardwalk we stopped to wait for the reservation. About ten minutes before we were supposed to sit down, Joe says that he has more bad news, I was so frustrated at that point. He tells me that there’s no reservation and that we will be eating later. I was furious. All of a sudden he was pulling something out of his pocket and down on one knee! I immediately starting crying and could not say Yes fast enough! His proposal was followed by calling family and friends and dinner with our parents. It was the best YES day. 💍💕

Home
>
Marriage Proposals
>
Erin and Joseph
Proposal Videos
Check out some of our favorite proposal videos
Ring Quiz
Find the perfect ring for you!