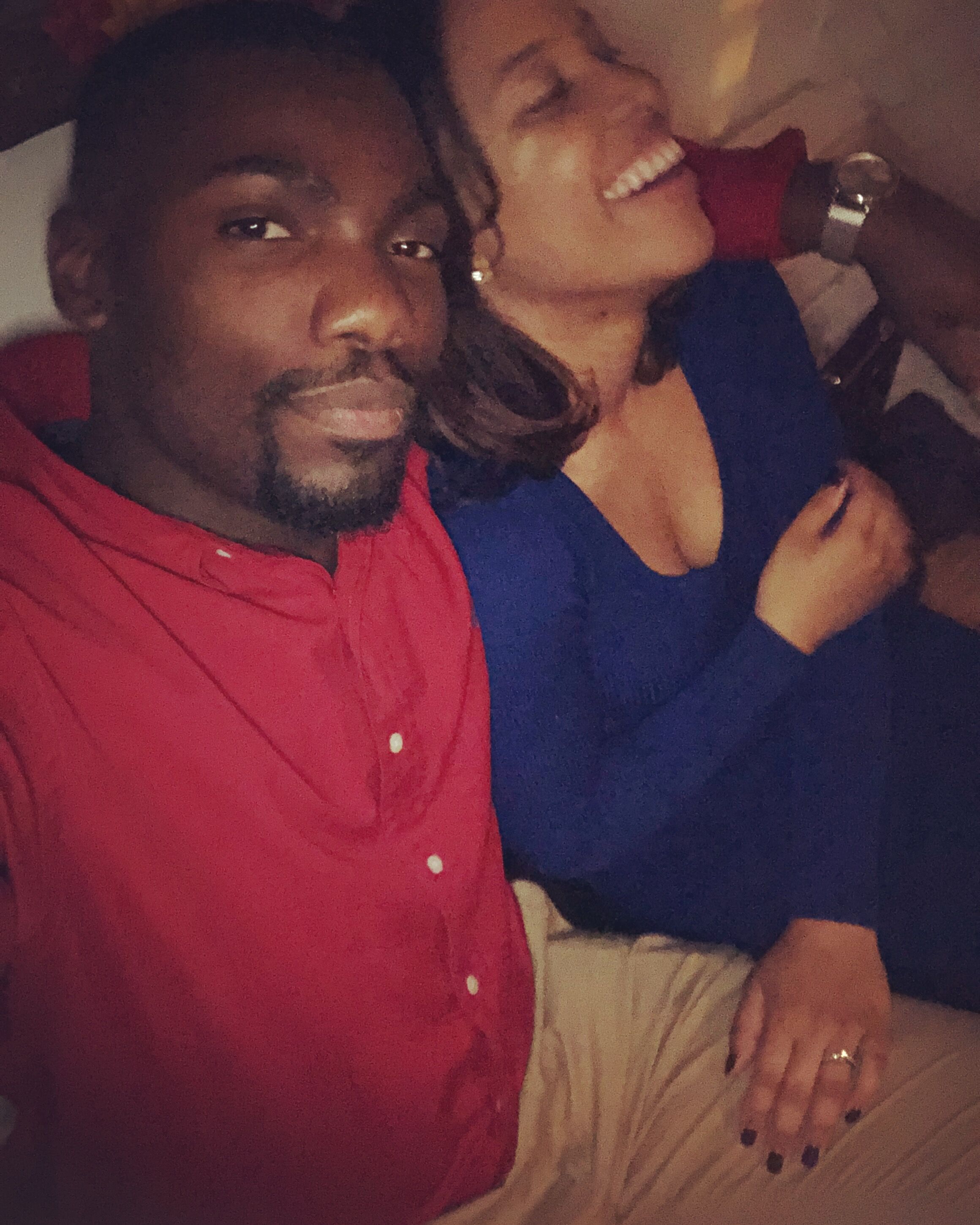 Shawn and I met in the spring of 2016 at church. He saw me from across the room during a prayer (his eyes should have been closed lol) and said there was a light shining over me. After service, he introduced himself. I wasn’t into him at first, but we became great friends and eventually that friendship grew to love.

Shawn initially planned to propose to me at Thanksgiving in 2018 with my extended family’s assistance , but my dad accidentally spoiled the surprise by telling me information that led me to figuring out the proposal plans. So, Shawn decided to plan another proposal for October 26, 2018. 26 is a special day for us since we became official as boyfriend and girlfriend on August 26, 2016. The weather forecast projected rain for day of the proposal, so Shawn decided to change the date to October 25. I remember coming home from work (I lived with my parents at the time) to see Shawn cooking dinner for my parents and I. This is not out of the ordinary because Shawn is a great cook and periodically makes dinner for us. After dinner, Shawn suggested we go to the movies, but while en route we realized the movie was sold out. Instead, he suggested we go to the National Harbor to walk around. After find a parking spot we walked to the dock so we could sit by the water. Shawn asked me if I remembered an earlier conversation when I told him I was tired of playing house. I told him I didn’t remember. All of a sudden he got down on one knee, opened a black box, and told me he was tired of playing house too. Everything after that was a blur, so much so that he had to repeat “Will you marry me” twice. Finally, he said that he could take the ring back and I snapped out of my shock and said yes. We kissed and walked back to the car. On the way back we ran into a married couple and the wife asked if we just got engaged. We nodded and smiled and she screamed. The husband looked embarrassed at first but then laughed and congratulated us. To celebrate, we decided to go back to the restaurant of our first date, Red Lobster. The next day, Shawn surprised me with a surprise engagement party with all of our friends. I will never forget our proposal because it was just us.

Home
>
Marriage Proposals
>
Erica and RaShawn
Proposal Videos
Check out some of our favorite proposal videos
Ring Quiz
Find the perfect ring for you!