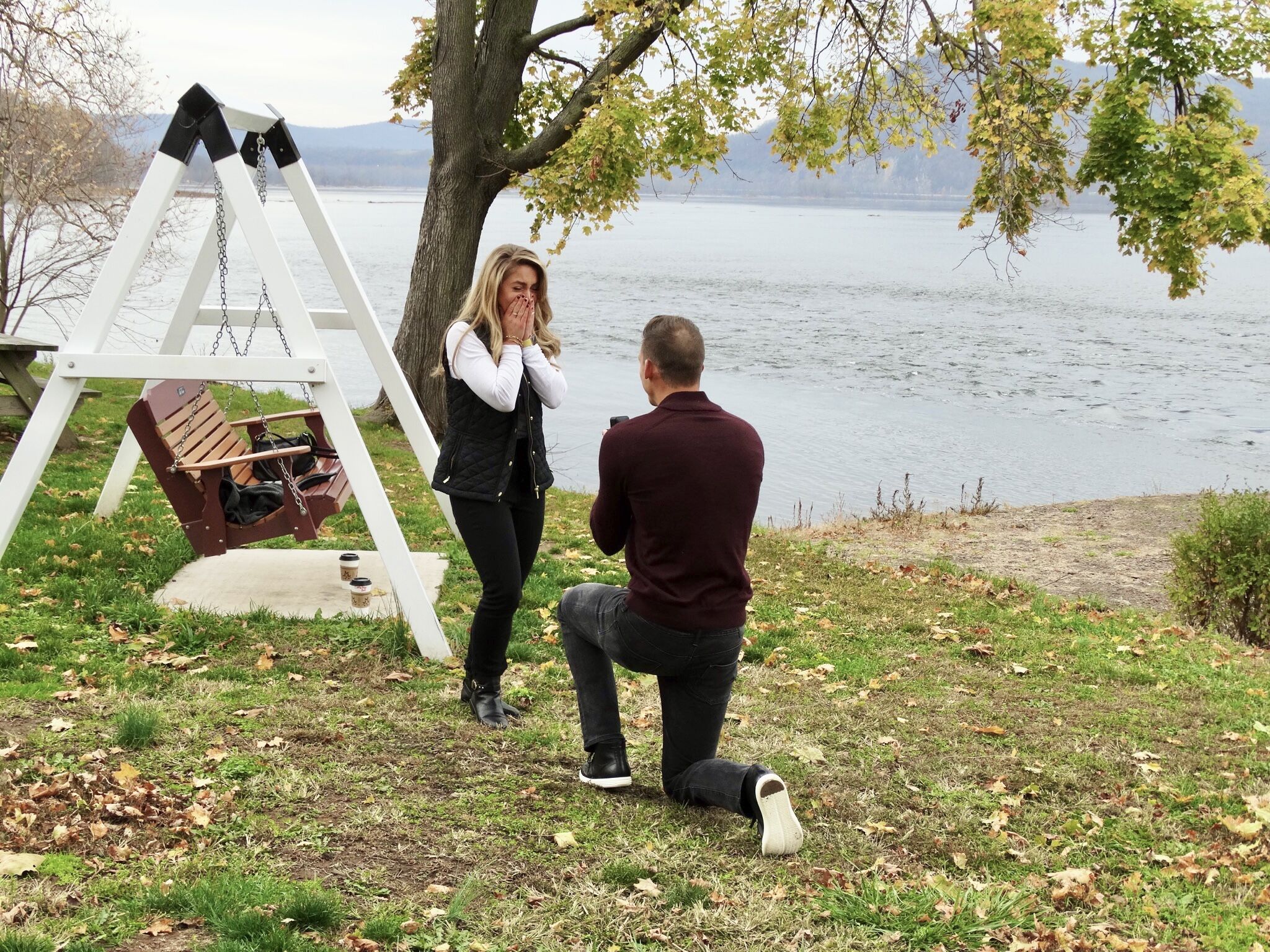 We met at a summer concert in New Jersey. Funny thing is, we had both graduated from the same college, the SAME year, without ever meeting one another and our graduating class only had 500 people! To be honest, we had slightly different friend groups as he was the goalie of the soccer team and I was always nestled in the library! Funny how you never know what life will hold.

Justin drove to my house that morning as we had planned on meeting up with old friends later that day. He wanted to leave early but adamantly would not disclose why. Upon leaving, he drove me to get coffee and then pulled up to the riverfront in my hometown-a spot he knew had always been special to me. As we walked along the park, we paused to relax on a swinging bench and not five minutes later, he got down onto one knee and popped the question! After my initial shock, I turn around and he had my best friends there waiting for me. It was truly a magical day!