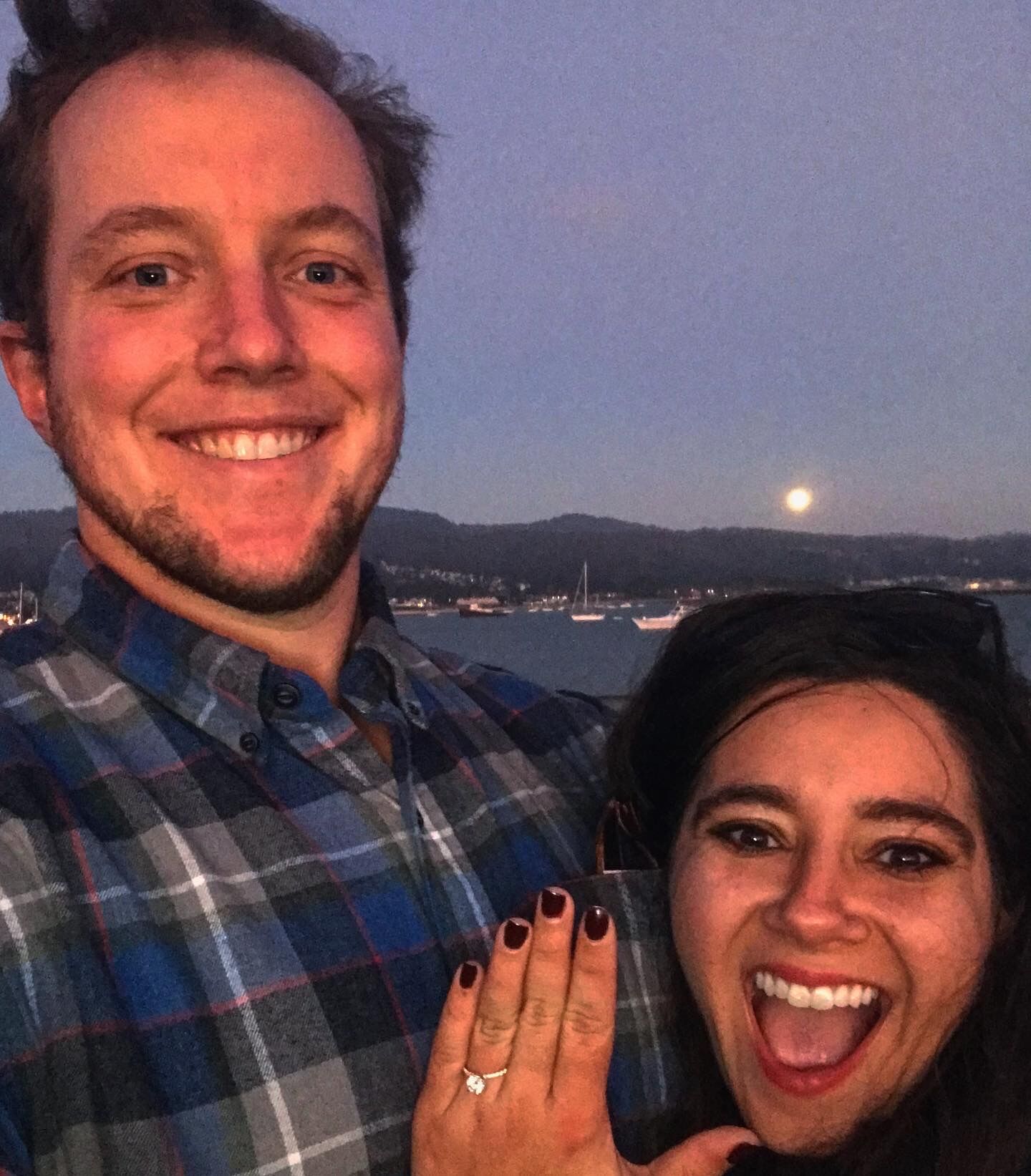 We met on Hinge!

I love fall, it’s my favorite and I always get bummed out because the Bay Area’s fall just doesn’t compare to New England’s where I grew up. So he suggested we go to a pumpkin patch I really love in half moon bay and go through their hay maze. After that he suggested we stop at Mavericks beach to watch the sunset, he had packed blankets and a sweater for me. He also brought dogfishhead punkin ale which is my favorite pumpkin beer! We watched the sunset and drank our beers. After we finished our beers, he suggested we took a stroll on the beach before we headed to dinner. When we turned around to head back the sky was still a bit lit up from the sunset but also the full moon was rising. He got down on one knee and proposed!

Home
>
Marriage Proposals
>
Elizabeth and Eric
Proposal Videos
Check out some of our favorite proposal videos
Ring Quiz
Find the perfect ring for you!