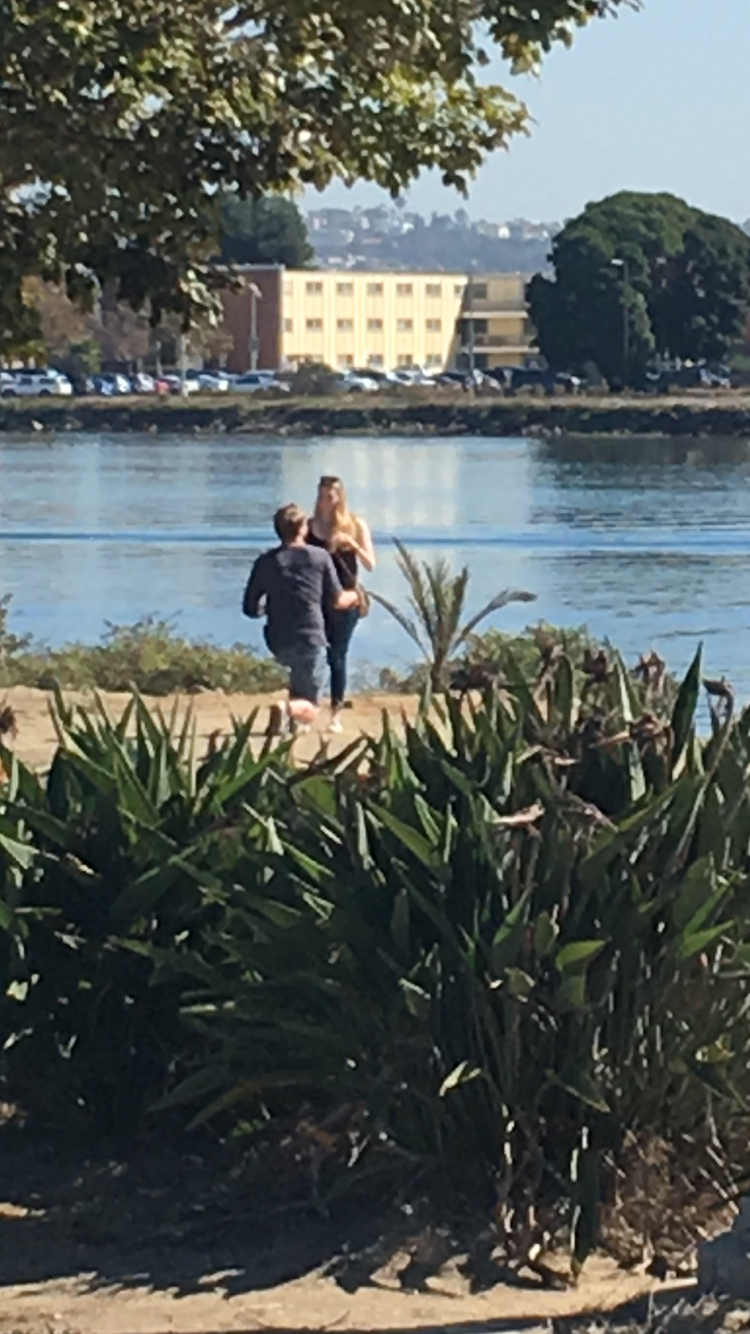 I wanted to go to a brunch festival and had been asking all summer long. He finally gave in and said yes. When we got down to Liberty Station we were early to the festival so he asked if I wanted to go down and take a walk by the water. When we were next to the water he bent down on one knee and asked me to marry him! The best part is a stranger got a picture of him on one knee! It’s blurry and far away but it’s one of my favorite pictures to look at.

Home
>
Marriage Proposals
>
Elizabeth and Daniel
Proposal Videos
Check out some of our favorite proposal videos
Ring Quiz
Find the perfect ring for you!