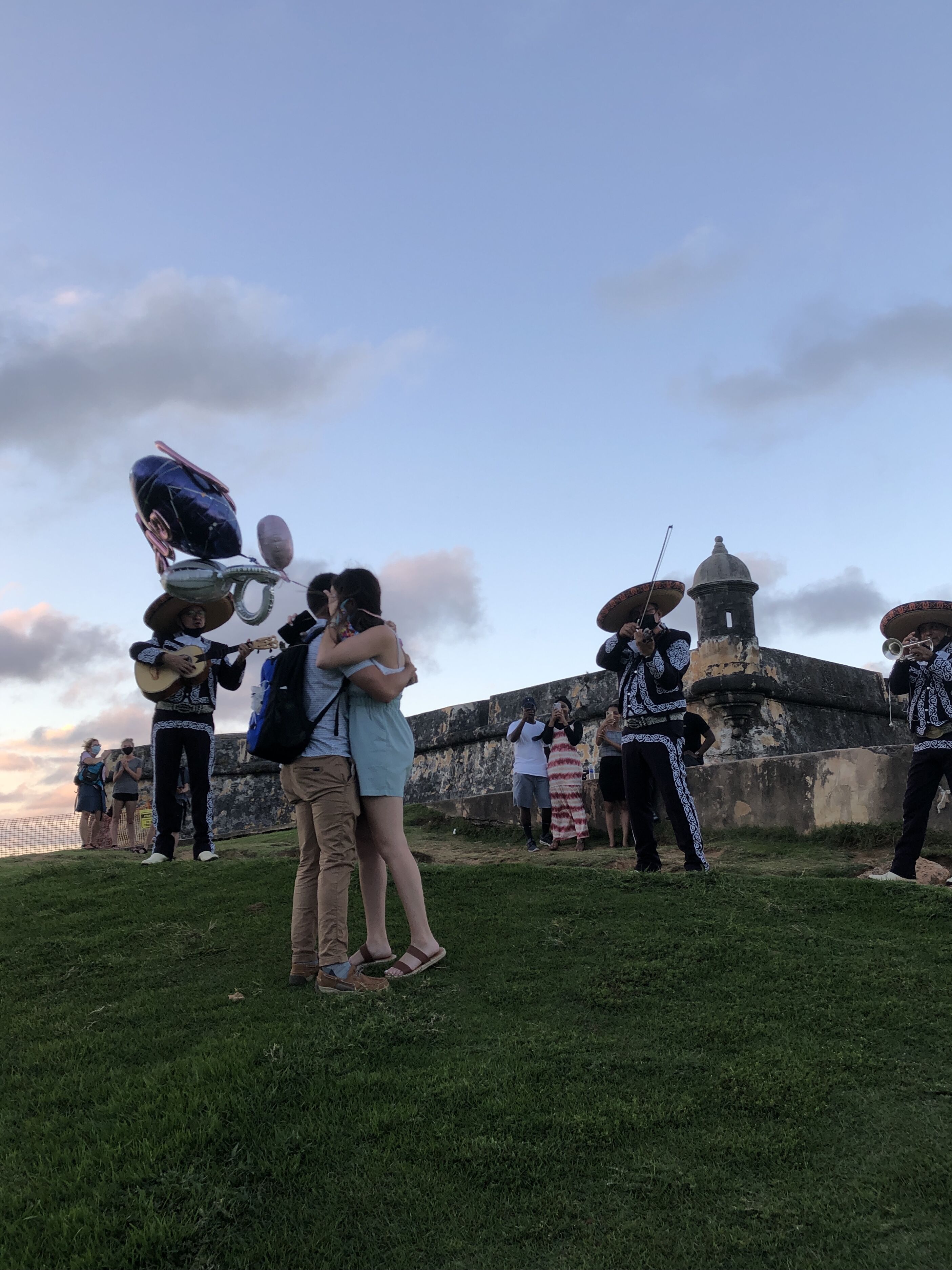 I truly believe it was fate that brought Chris and I together. I was a freshman in college living in Texas. One of my friends mentioned to me how through one of her friends she met some guy in the military who lived in North Dakota. I told her she was crazyyyyy to talk to a guy who lived so far. I also joked around and said, “well does he have any cute friends?” 😜 A few days later I received a text from a random number saying hello and that his name was Chris. We had so much in common. We texted all the time until he finally asked to FaceTime me. We stayed on the phone for hours. Those FaceTime calls turned into daily calls and six months later he came to Texas to meet me for the first time. After us meeting that day I knew this guy would change my life forever. We did long distance for three years while I finished college and he finished active duty in the military. After college I packed up my life in Texas and we moved in together in his home state of Florida. I couldn’t picture my life without him.

Chris is Puerto Rican and I always joked with him about never taking me to visit his mother land. We always talked about making the trip but stuff always pushed it back. One day he told me he bought the tickets and reserved everything on his own. That’s when I knew something was up. He was never a planner! I am!!! I went with the flow though because I was loving how he was planning everything out. We spent a few days in Puerto Rico visiting his family and touring around the island. On our last night he told me we would go to the historic El Morro at sunset to take awesome pictures. We walked to the top to take some pictures. I looked at the photos and then he told me to move to another spot and around the corner I see mariachis making their way towards us! (I’m Mexican and I loveeeee mariachis and I just knew in that moment the only way their would be Mexican mariachis in Puerto Rico was because of me 🤣) I was in complete shock in what was happening that I didn’t realize behind me he had gotten on his knee. I immediately started crying. It was seriously the most magical moment. It made years of long distance and thousands of miles apart so worth it. ❤️

Home
>
Marriage Proposals
>
Desiree and Christopher
Proposal Videos
Check out some of our favorite proposal videos
Ring Quiz
Find the perfect ring for you!