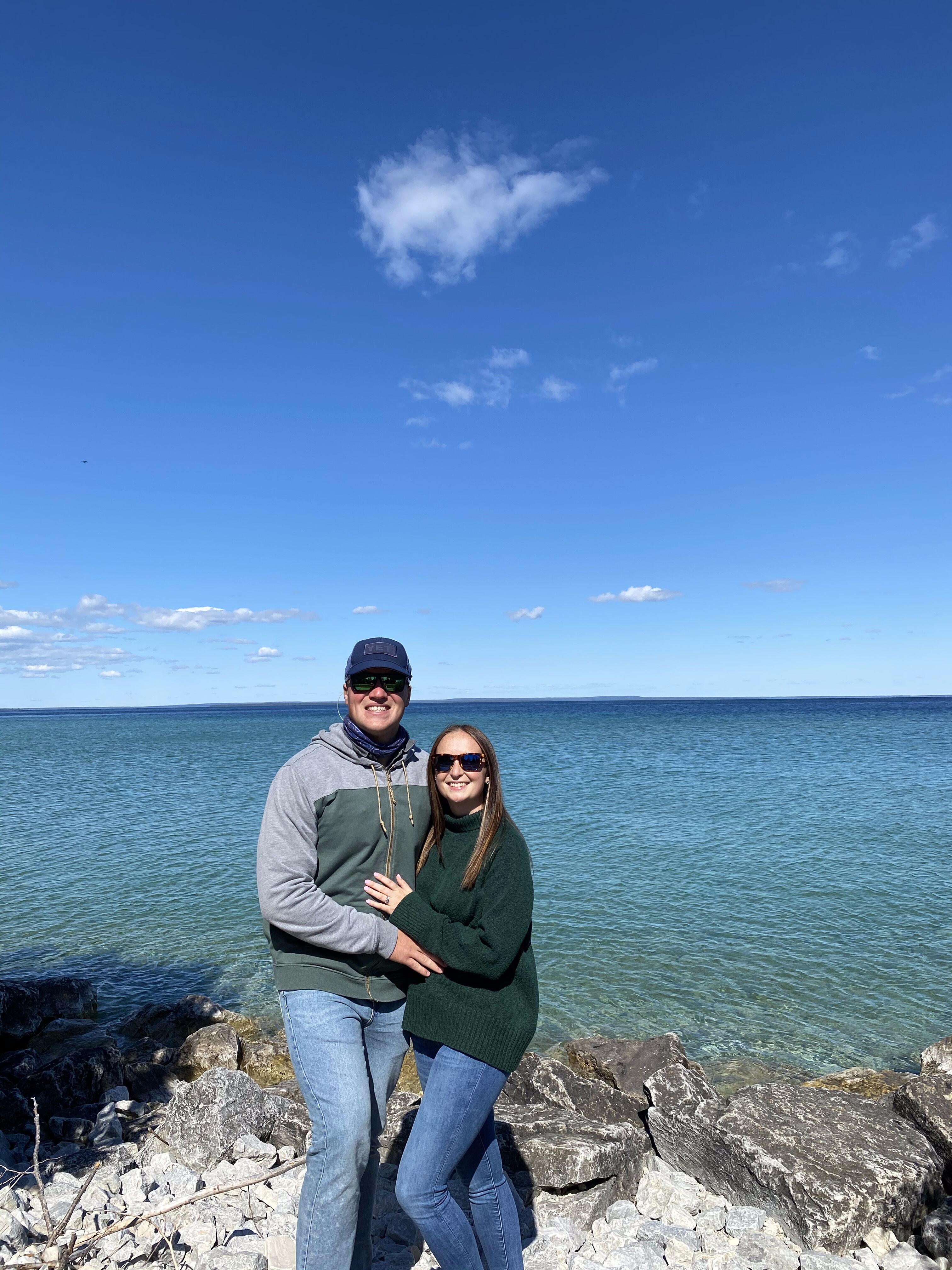 We originally met in 7th grade during middle school track practice. We became best of friends sophomore year of high school and I asked him to be my boyfriend by surprising him at the airport on his way home from a school competition junior year. We went to Hope College together and graduated last year. He popped the question right before leaving for boot camp for the Coast Guard!

He packed us a picnic lunch, so we had just finished eating and were eating a box of Runts. He has always hated the banana runts and I’ve always only liked the bananas – so we share. He asked if I wanted one more handful of bananas and dropped the bananas and a ring in my hand. By the time I realized what was happening, he had gotten on one knee and asked me to marry him! More specifically, asked if I would eat his banana Runts forever!

Home
>
Marriage Proposals
>
Dani and Zach
Proposal Videos
Check out some of our favorite proposal videos
Ring Quiz
Find the perfect ring for you!