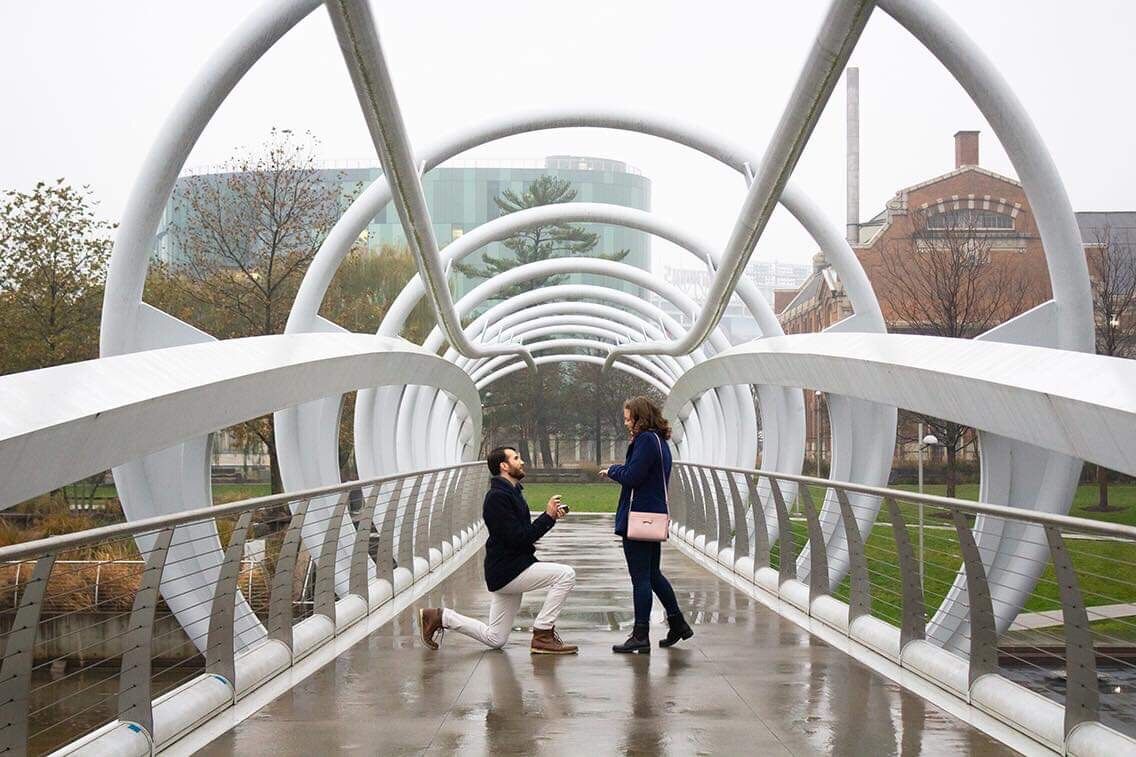 Edwin and I met in 2010 when a friend of mine took me to try out for a play at her church. Ed and I were 14 and 15 at the time. He didn’t talk to me that first year haha. But by the time we were trying out for the play the subsequent year I had secured his phone number and we had started talking. We officially started dating in 2011 when we were 15 and 16 years old, despite him initially telling me that he thought I was weird! I can’t tell you how those kids that we were knew their relationship would be one for the long haul but here we are!

Edwin asked in such a special way. We don’t live in Washington DC but it is a favorite city of mine. So, with the help of some friends at work, he secretly ordered the ring and came up with the excuse of wanting Georgetown Cupcakes as a reason to drive to the city. He got two of my best friends involved and all three of them had me convinced that we were going to go to the zoo. Unknown to me, we ended up walking across this super neat bridge in the DC Yards Park. There was tape on the bridge and Ed had started shaking but it was December so I didn’t think much of it until another friend of ours was dressed up as a postal worker and “delivered” the ring to Ed. All of a sudden there was music being played and the tape was where we stood while he proposed with in-the-moment pictures. I was so shocked I asked him if he was serious! He told me he was and I said yes! We celebrated with coffee and then dinner reservations at a restaurant in Alexandria with all of our friends who had been involved.

Home
>
Marriage Proposals
>
Dakota and Edwin
Proposal Videos
Check out some of our favorite proposal videos
Ring Quiz
Find the perfect ring for you!