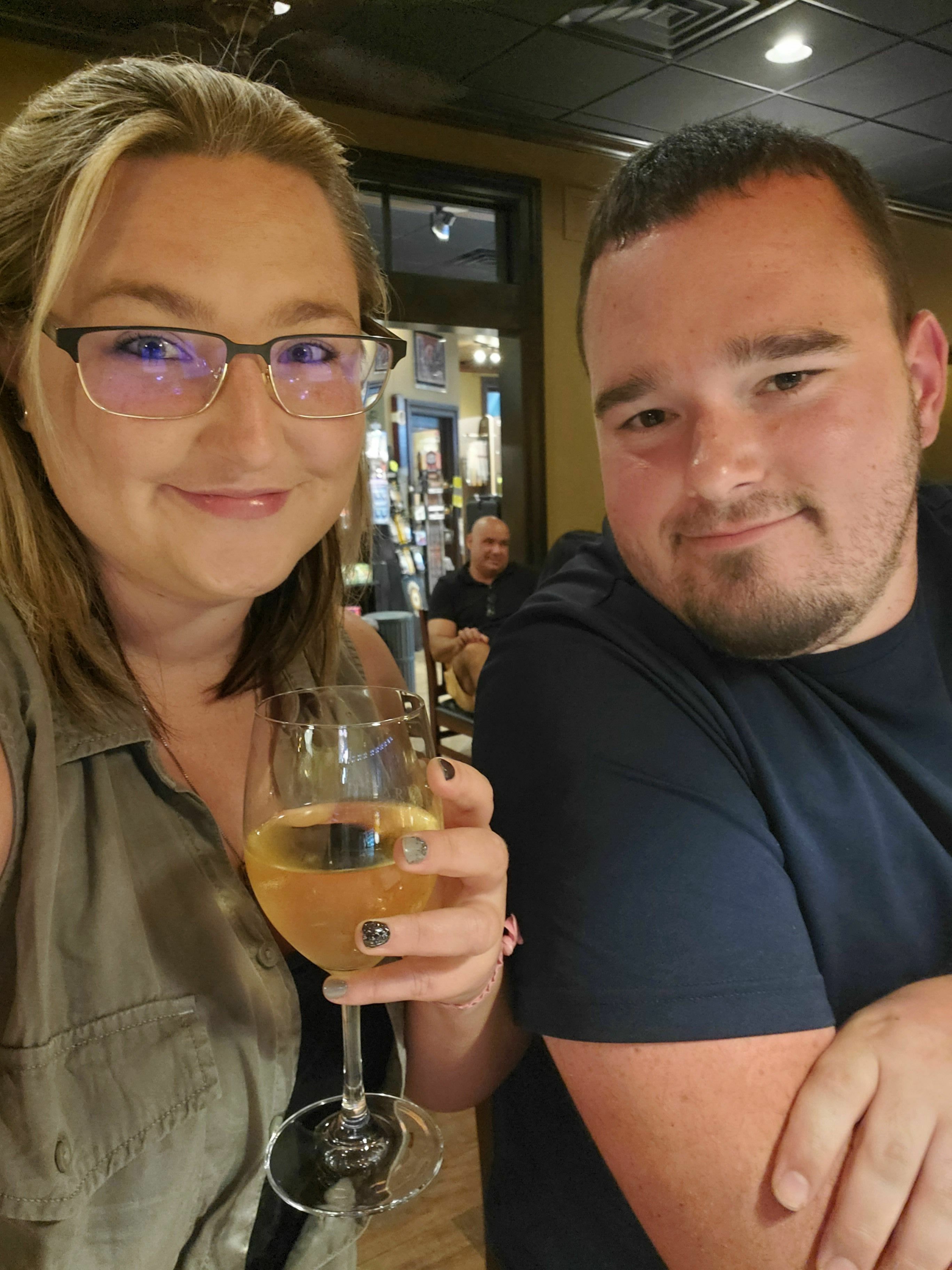 Jerry and I met in May of 2014 through a mutual friend at a get together. I knew everyone else there besides Jerry, and he knew everyone else there besides me. When we were introduced, he was very sweet and shy. Jerry offered me his seat since there wasn’t many around. We soon got talking and exchanged numbers that night. From there, we were inseparable. We saw each other more than we saw our own family that we still lived with. We later found out that Jerry and I only lived a few minutes from each other for most of our lives, had a ton of mutual friends, and our parents knew each other from going to the same highschool.. but somehow we never met. I wish we would have met sooner, but meeting him when I did felt like the right time. From meeting in May, to September 4th when he asked me out, it was some of the best months I’ve ever had…not knowing he was one day going to be my future husband 💙

Jerry and I vacationed to Daytona Beach Florida this past October to visit some family and spend some much needed time together. We were there for a week, and little did I know, this was going to be the best vacation I’ve ever had. My cousin and her husband spent a few days here and there with us while secretly helping my fiance pick the perfect proposal spot. From a romantic dinner at a treehouse winery, to a relaxing night walking on the beach, he still hadn’t popped the question yet. 2 days before heading home, we took a trip to Blue Springs State Park to spend a few hours swimming in the natural springs before visiting my aunt that night. After it poured down raining, we were finally able to enjoy the natural springs and how beautiful it was. Once we were done and getting ready to change, I walk to the truck to get my clothes thinking “if he was going to propose this vacation, he would have done it already… So maybe it’s not going to happen.” While digging in the back seat for my outfit, Jerry is patiently waiting behind me hoping I would turn around and notice him. Once I turn around, he is standing there with the ring box open and slowly gets down on one knee. I of course, am balling my eyes out at this point, looking at him also getting emotional. Jerry then says “I had a speech ready, but I can’t get it out. But I do know, I want to spend the rest of my life with my best friend, will you marry me?” Me, overly emotional, barely hears him ask me to marry him, and I automatically say yes. It was absolutely perfect. He later says he had the ring with him in the water, in a waterproof bag, but knowing how clutzy I am, didn’t want to take the risk of me losing it. I agree, I probably would have. Knowing just a few hours before that I was sad he hadn’t asked yet, he had let me know he tried planned on doing it multiple times that week but nothing seemed like the right moment. Whether it was at the winery, on the beach, or just sitting in our condo, anything would have made me happy as long as I was with him. After 6 years of dating, I am so excited to marry my best friend and the love of my life 💙

Home
>
Marriage Proposals
>
Ciara and Jerry
Proposal Videos
Check out some of our favorite proposal videos
Ring Quiz
Find the perfect ring for you!