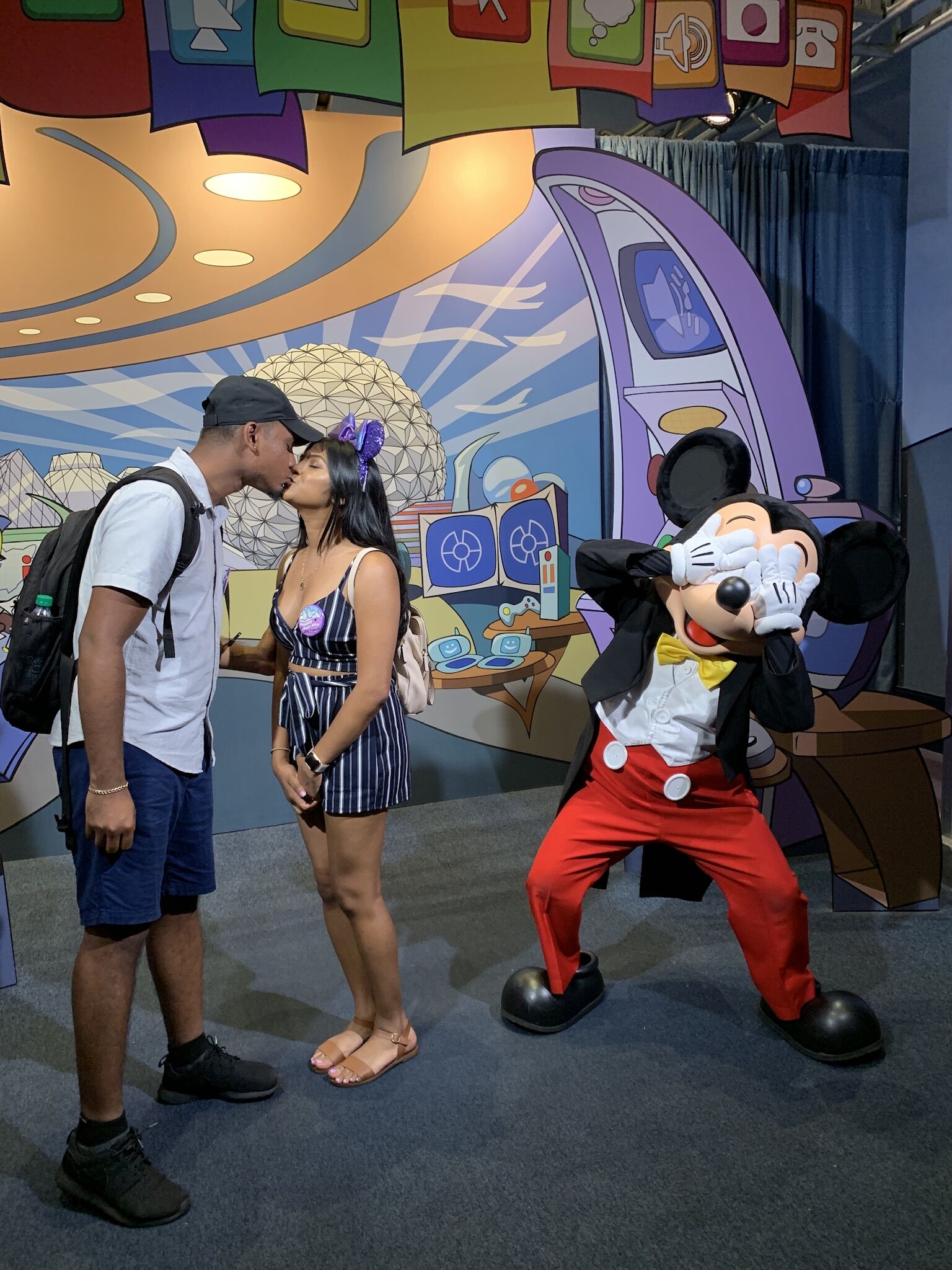 We’ve always crossed paths because we live in an area where everyone knows everyone! There was actually one time he introduced himself at a Sweet 16 and tried to hook me up with his friend (which I politely declined). A few years after I get a friend request from him on Facebook and me deciding to be bold decided to “write on his wall first” (I always say I made the first move) and we’ve officially been together for 10 years on December 1st!

He took me to Disney for my 26th birthday (my golden birthday). He planned to propose to me during the fireworks at Cinderella’s castle. It ended up having storms for the rest of our night but he still proposed in the rain while we were wearing the Disney ponchos, and I wouldn’t have it any other way!

Home
>
Marriage Proposals
>
Christina and Vishal
Proposal Videos
Check out some of our favorite proposal videos
Ring Quiz
Find the perfect ring for you!