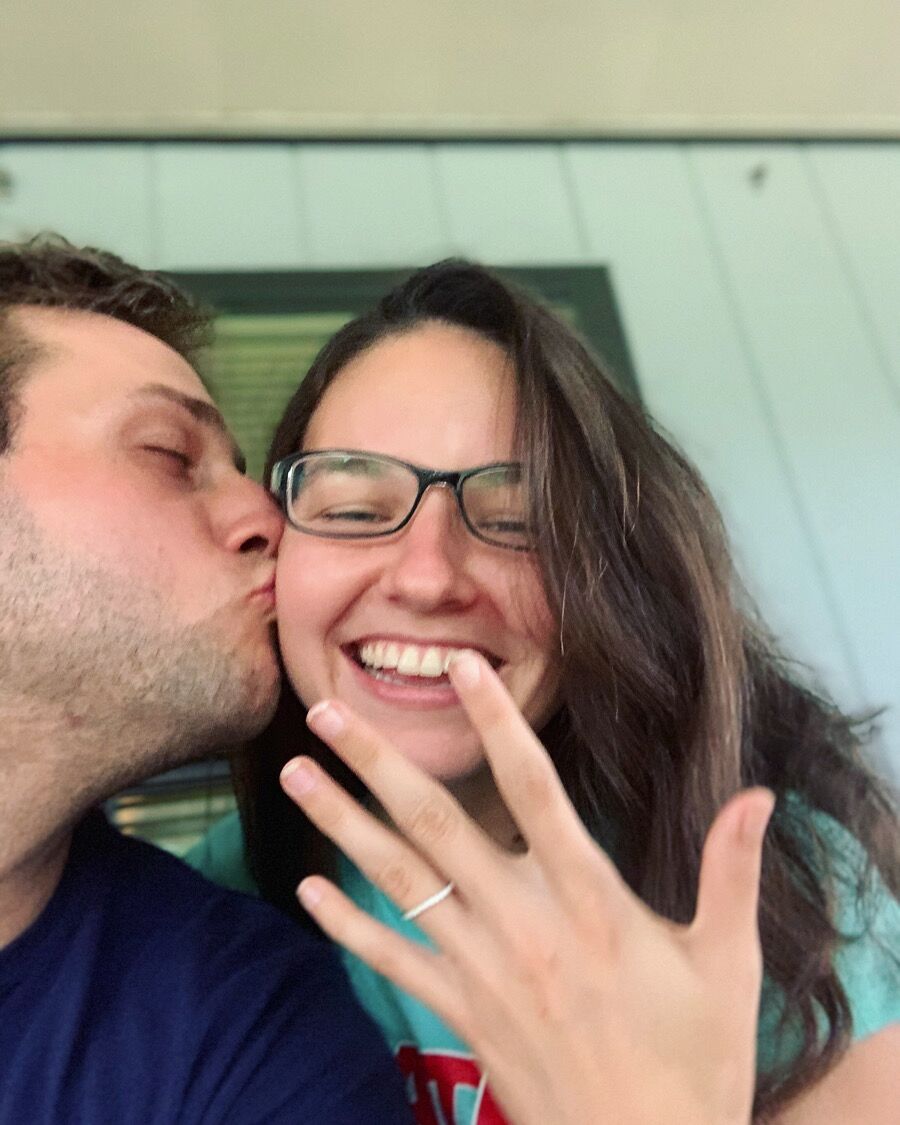 Physical therapy school – we were lab partners in cadaver lab.

This is where it gets FUN. We have a puppy we adopted about a year into dating. Jake’s attempt at being cute was to tie the ring to our pups collar and have it clang until I noticed…. well that never occurred. Instead, Jake asked me to keep walking with the pup and after about 2 minutes of walking and 50 yards ahead I realized Jake wasn’t walking with us. So I walked back and found him staring at the grass and walking in lines back and forth. When I asked what he was doing, he told me he dropped something. I asked him what we were looking for and he replied “uh, something small & round, maybe shiny” in which I replied with “did you drop my engagement ring”. We searched for over 24 hours with help from family and friends and no ring was ever found. The worst part, it was his grandmother’s ring. This story sounds terrible right? Well, despite being embarrassed and defeated Jake still wanted to marry me so he went to Kohls and bought a cheap band with some diamonds and proposed the next day (again), this time outside of the car as soon as he purchased the ring cause he did not want to risk messing it up again. Our relationship has always been full of accidents and bizarre stories like this one and I wouldn’t have it any other way. Naturally they aren’t any photos of the actual proposal but I attached one of us shortly afterwards once I had the ring on!

Home
>
Marriage Proposals
>
Christina and Jacob
Proposal Videos
Check out some of our favorite proposal videos
Ring Quiz
Find the perfect ring for you!