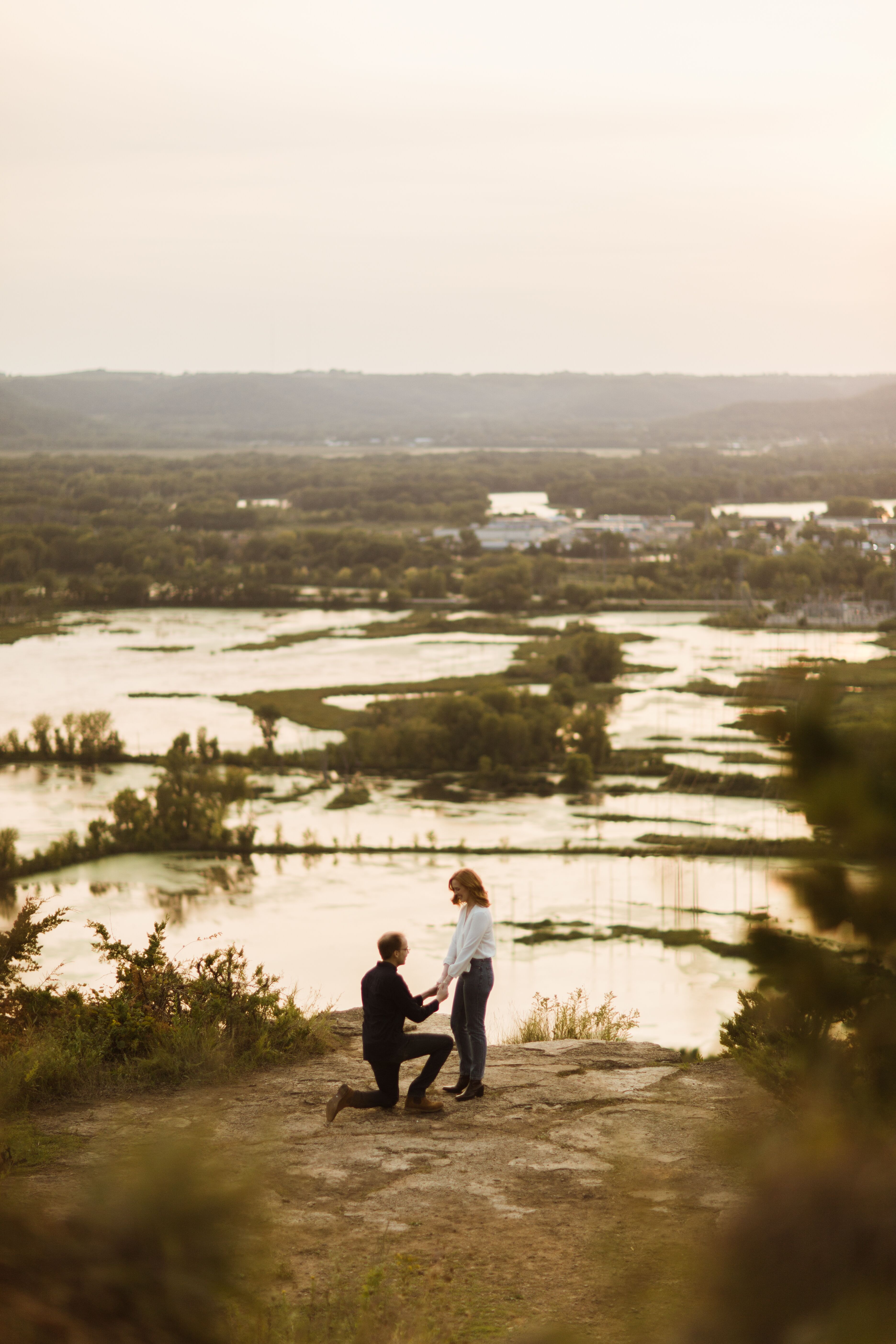 We went to the same college and met when we were both visiting a mutual friend who was living on campus over the summer.

We got engaged on top of a bluff on our 10 year anniversary! I wanted to surprise my now fiancé, so I asked a photographer friend to lay in waiting and we hiked out to where she was hiding. After spending a few minutes reminiscing about the past decade together, he ended up working up the nerve to ask me (although I had planned to ask him if he wasn’t able to figure out why we hiked out to the edge of a bluff dressed in nice clothes)! We now plan on getting married on our 12th anniversary so the day we became a couple, the day we got engaged, and the day we become husband and wife will all be the same!