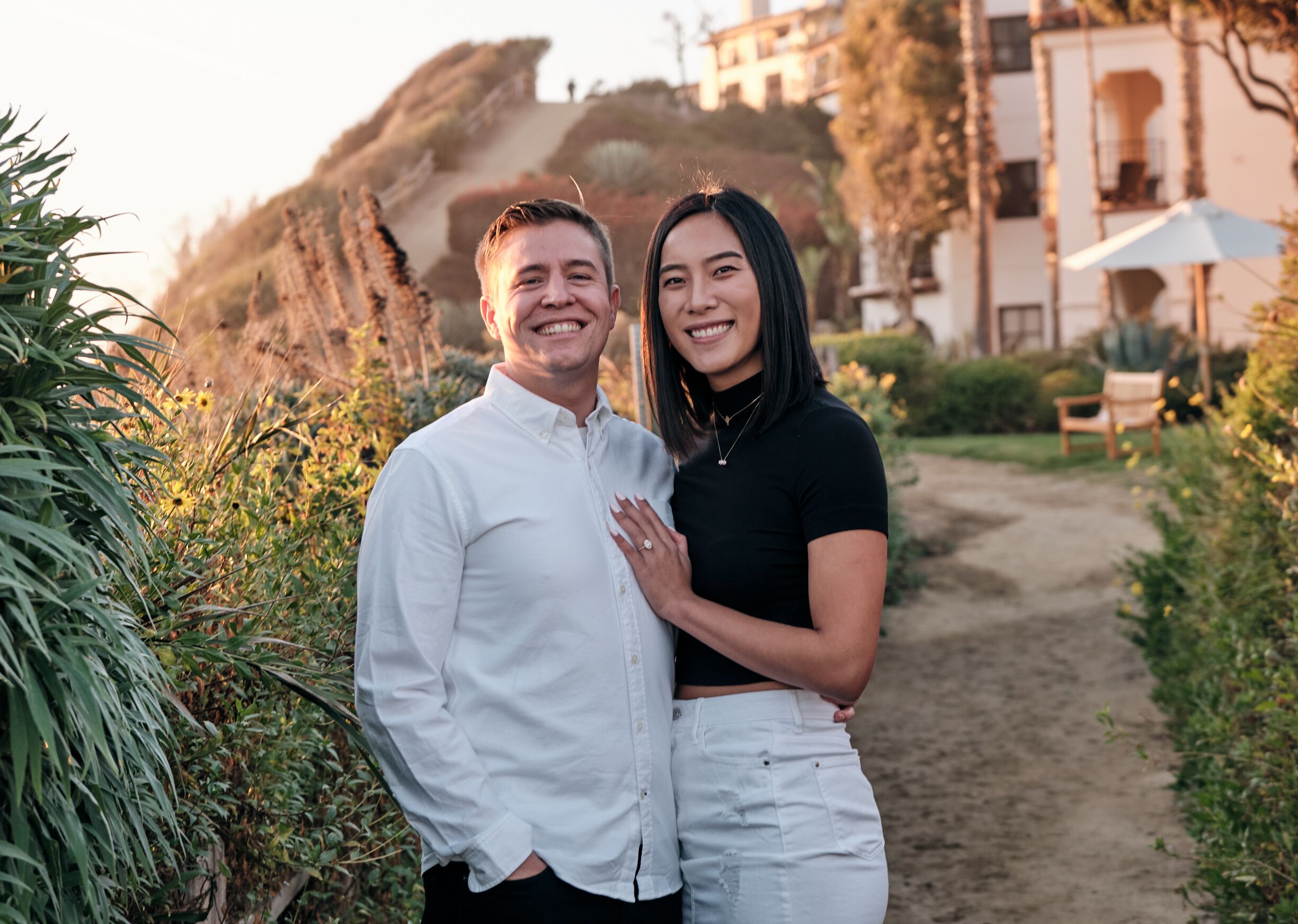 We met on Hinge, a dating app. The crazy story is that Ryan never went on a dating app date before in his life so he was one and done! It’s okay though, I have enough dating app horror stories for the both of us. He was also my first official boyfriend… so each other’s firsts, in a way!

We were planning on a little getaway for his 30th birthday on the 21st but before that he let me know that he had a surprise for me. The day before our birthday getaway he drove us to Santa Barbara and he had booked a night at the Ritz-Carlton there. We had a great day of relaxing and sipping cocktails and right before dinner he asked me to take some selfies of us. I took a couple before he said “you actually don’t need to take any more because that guy right there is a photographer.” He pointed to some random guy on a bench and I looked at him with a confused look before he continued and said “I hired him for this” and got down on one knee and proposed. I of course said yes! He then revealed that he organized both of our families to drive 2 hours to meet us for dinner so we celebrated with them! It was a night to remember

Home
>
Marriage Proposals
>
Chelsea and Ryan
Proposal Videos
Check out some of our favorite proposal videos
Ring Quiz
Find the perfect ring for you!