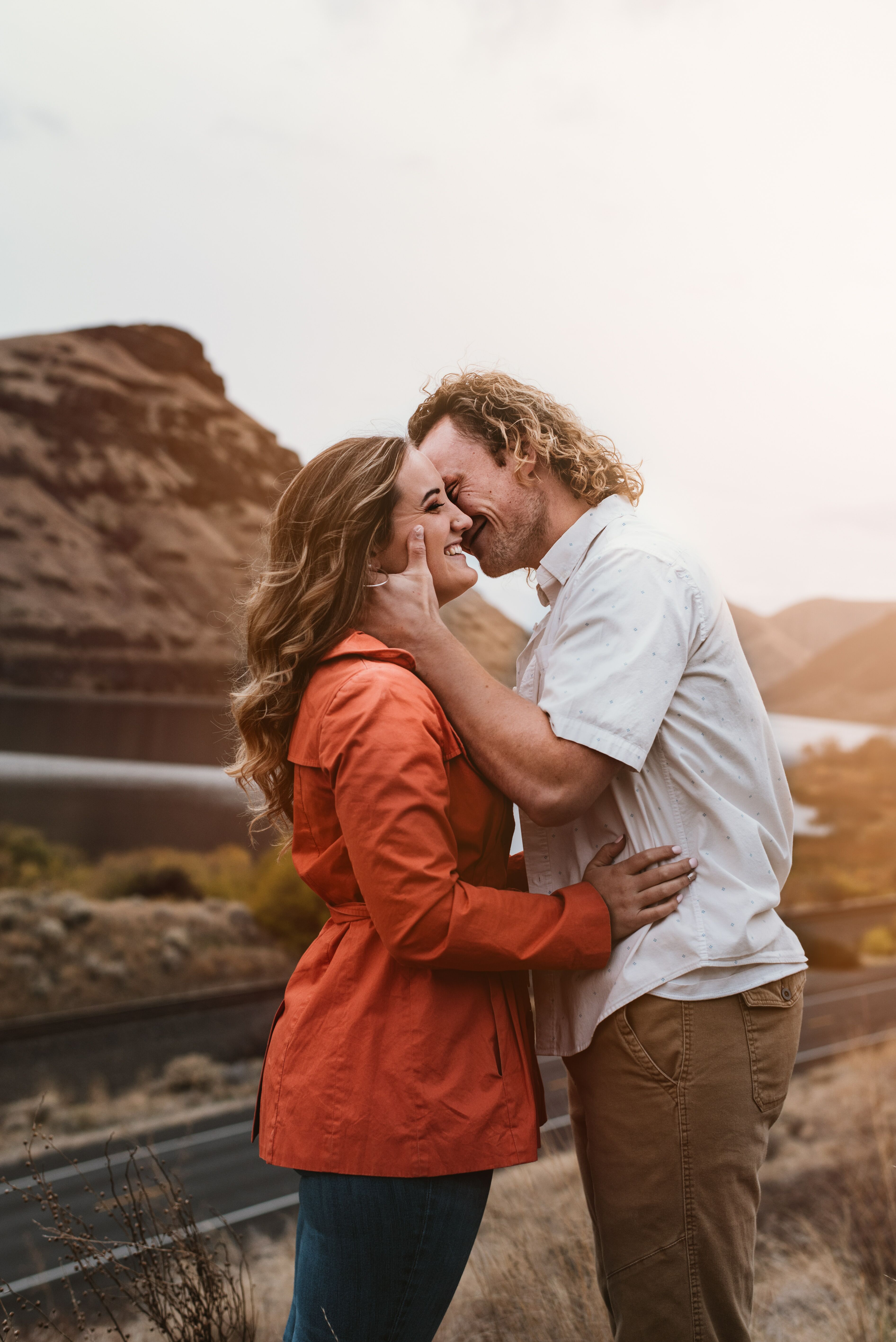 We both worked at Costco (aka the happiest place on earth, in my opinion). Chase worked in the tire shop and I worked in the food court. He would always come over and talk to us, but little did I know that he was actually there to flirt with my coworker. Several months of intentional pursuing (by me), we went snowboarding and he fell for me. (:

Chase and I went down to Boise for the weekend and I had an inkling that he might propose. I only told 3 close friends because I didn’t want to come back disappointed. Saturday morning I had absolutely NO idea what was coming. We hiked up Table Rock, huffing and puffing and super sweaty. After taking a few pictures, Chase went over to the “not-so-pretty” side of the top, which was totally normal for him to go off and explore his own areas, haha. He called me over where he was and started talking—different than he had ever done. He talked about how he had been praying for his future wife ever since he was a little boy and never expected to find someone as loving, kind and some other really sweet things that I can’t remember. He got down on one knee, looked me in the eyes and said, “Carly Ball, will you marry me?” Crying, I managed to squeak out, “Yesssss!!” My parents, nephew, and best friend were all there cheering and celebrating! Later we got to go out to eat with his mom and grandma (and my family), and we got to talk about all fun wedding things while also finishing my homework on the five hour drive back to Lewiston.

Home
>
Marriage Proposals
>
Chase and Carly
Proposal Videos
Check out some of our favorite proposal videos
Ring Quiz
Find the perfect ring for you!