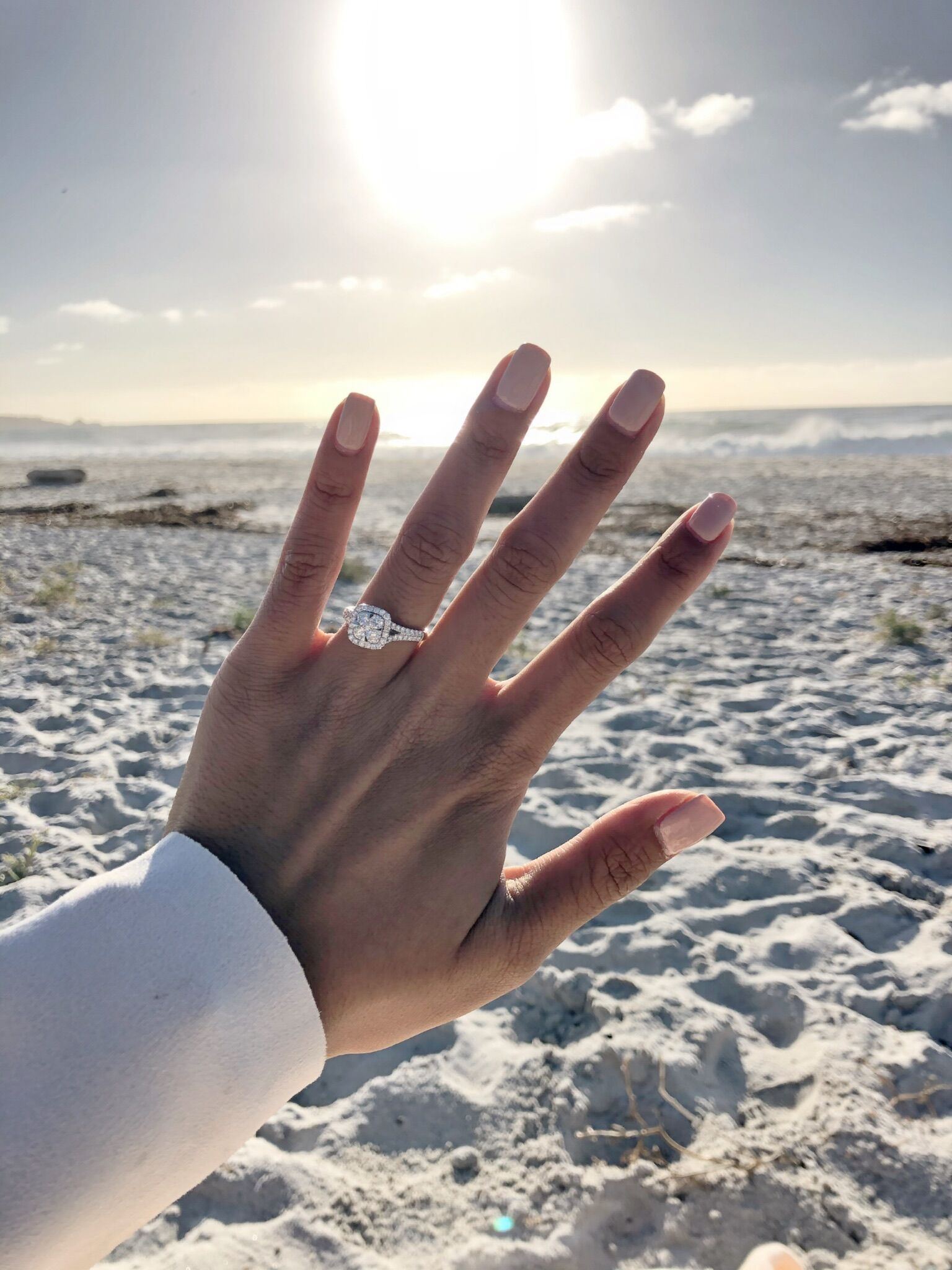 In college, we went to a smaller state school, kept running into each other. Finally officially “met” when he moved into my best guy friend’s apartment after answering a random room posting and at that point felt like fate.

On our 5 year anniversary we started the day with brunch, drove to lovers point and then proceeded to 17 mile drive in Carmel. We kept driving stopping at all the breathtaking views. We ended our 17 mile drive at Carmel beach with charcuterie, champagne and rose. Spent the afternoon enjoying the view bundled in blankets and reminiscing about all our memories on a secluded part of the beach. After a few hours as the sun was setting Jason told me he wanted to get a photo of us and he would take it a video and screenshot it later. He told me to go closer to the water so he could make sure we’d be in frame – as I was picking the spot for our “photo” Jason started recording talking about how our lives were about to be changed. As he met me near the water, he gave me and big hug and kissed and got down on one knee as the sun was setting abs the rest is history!

Home
>
Marriage Proposals
>
Cassandra and Jason
Proposal Videos
Check out some of our favorite proposal videos
Ring Quiz
Find the perfect ring for you!