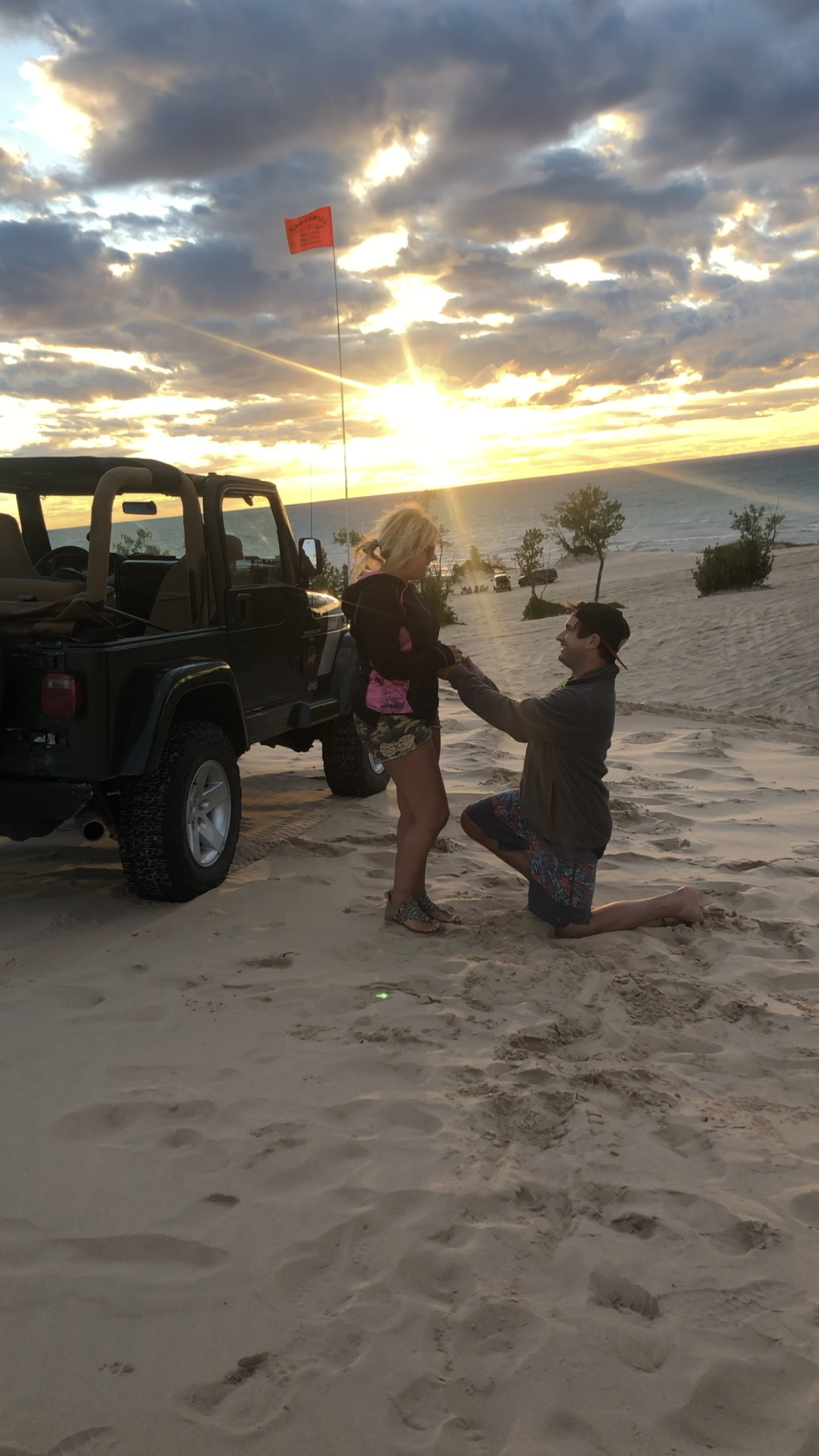 We met through his Aunt Dana who I used to work with! After 2 years of saying we would be perfect for each other, We both gave in and we have been together now for 4 years.

Matt asked me at sunset at the dunes. All our friends were there. At the time I had no idea what was going on. Everyone including Matt was like we need to get on top of the hill to watch the sunset. All kept thinking was why are we in such a rush haha. Our friend Justin took my phone and took pictures. Our friends filmed it. I literally was in shock. I called him a liar for the first few minutes until I saw the ring then I knew it was true! I automatically said yes!!

Home
>
Marriage Proposals
>
Casey and Matthew
Proposal Videos
Check out some of our favorite proposal videos
Ring Quiz
Find the perfect ring for you!