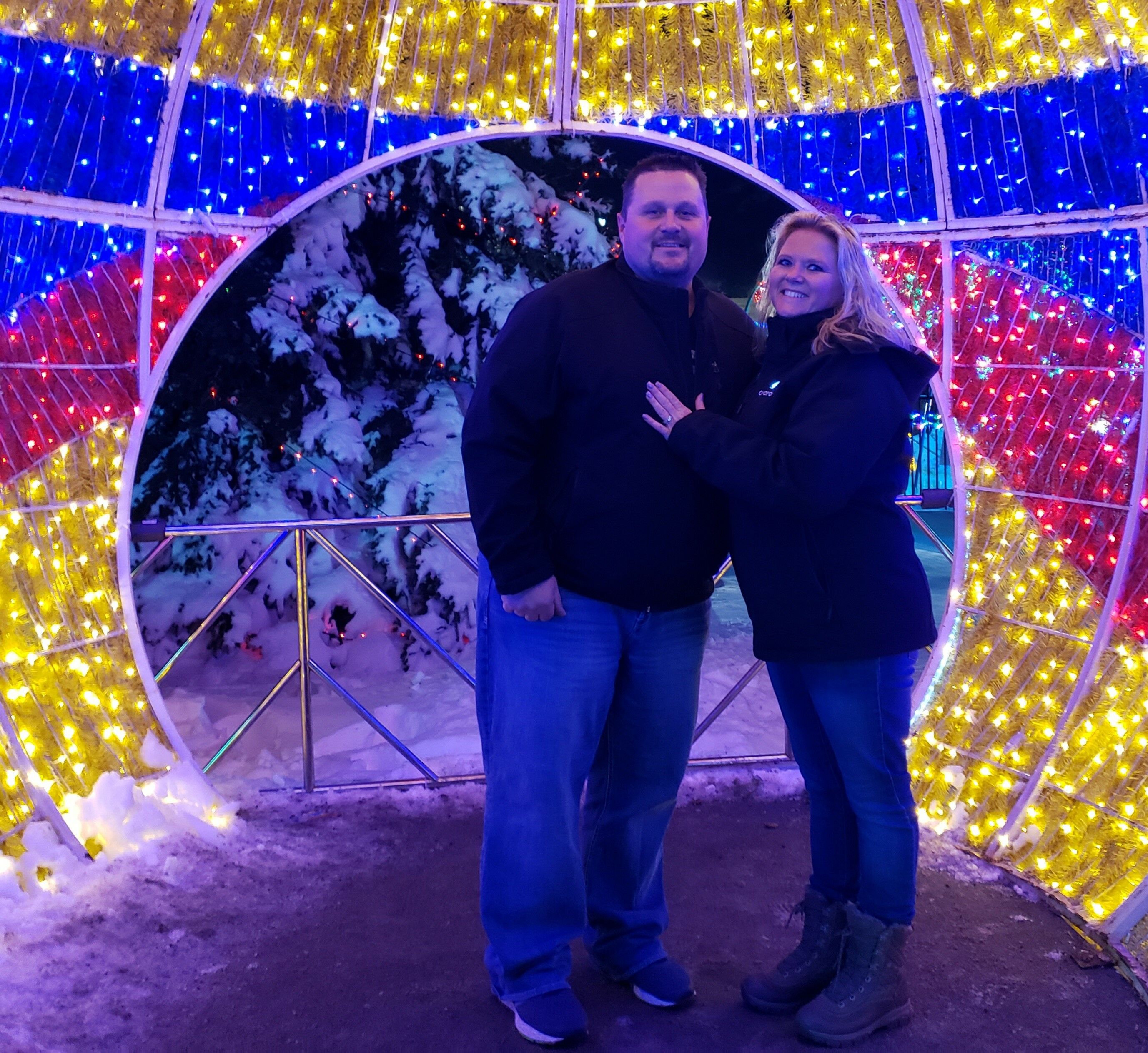 I met Mike through his brother, many years ago. I would also run into him occasionally at Fire Dept events. I would make small talk with him. One day I saw his brother and he asked me if he could give my number to his brother, Mike. I said sure and the rest was history!

We were walking through the lights display at Bentleyville. A Christmas light tour they put together every year along Lake Superior. We stopped at a display just off the beaten path. I was taking pictures of the harbor and the bridge behind us. We were talking about fishing in the lake (which is no surprise for us). I turned around and he had his hand out, shaking like crazy (the temp was single digits). He asked me to spend the rest of my life with him. Before I could answer, he told me that he had gotten permission from all of my brothers and that his 3 boys also had approved. They had asked him what had taken him so long. LOL. Naturally, I said yes. Who could ever say ‘No’ to there best friend. Everyday I am amazed by him. His never ending support, love, laughter. His commitment to me, our crazy busy life we have and the kids is not for the faint of heart. Both of us are in the first responder fields, him as an Assistant Fire Chief and me as a 911 dispatcher. The stressful times of the job strengthens ours bond and reminds us to be grateful for one another. He would do anything for me and I would do anything for him. We have each others six.

Home
>
Marriage Proposals
>
Carrie and Mike
Proposal Videos
Check out some of our favorite proposal videos
Ring Quiz
Find the perfect ring for you!