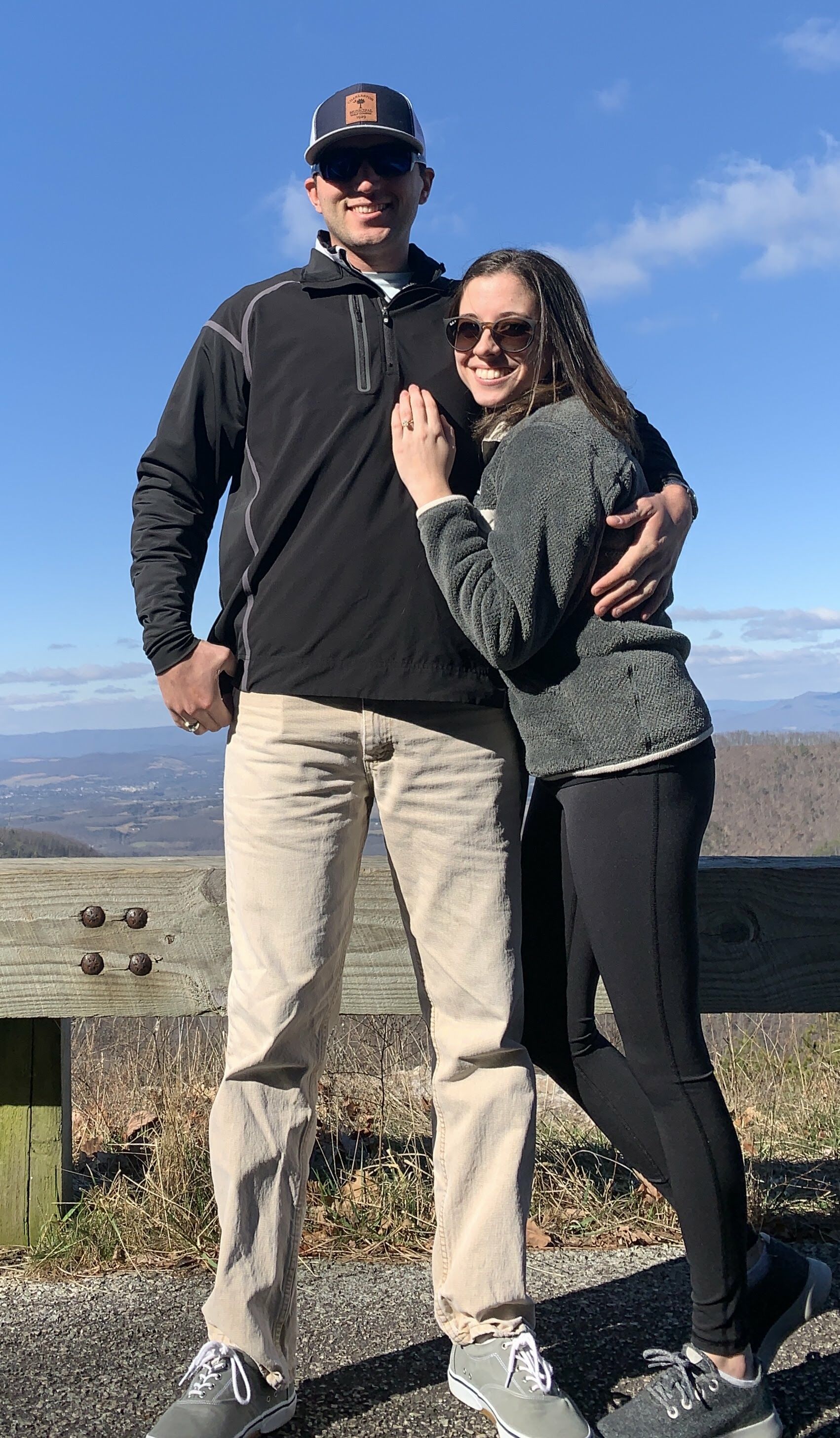 I moved to Charleston, SC, three days after college graduation, and I knew no one. I had found some roommates on Craigslist (sketchy, I know), but they were my age and we got along well. One of them, who had grown up in Charleston, begged me to go to a get-together with her high school friends one night, but I was already in my pajamas and didn’t feel like it. Then she mentioned that this single guy would be there. I asked to see a photo, she showed me, and I immediately hopped off the couch and got dressed. I met him that night and we hit it off.

We’ve had a tradition of going up to my parents’ mountain cabin for a weekend around Valentine’s Day every February since we’ve been together. This was our fourth year going up, and since we never really celebrate Valentine’s Day in a super romantic way, I wasn’t expecting anything–not when he suddenly started talking about how silly Valentine’s Day is, not when he went to “chop wood” with my dad when my parents met us at the cabin for dinner, and not when my mom asked him to help her get something out of the car and then came back inside 10 minutes later with tears in her eyes. I was clueless. The morning after we arrived, we decided to go for a drive on the Blue Ridge Parkway nearby. We pulled off on an overlook, he took a photo of me with the mountains in the background, and then he told me to turn around and stretch my arms out, sort of like a Titanic “I’m king of the world” pose, so he could take another photo. When I turned back around, he was down on one knee. He even caught the whole thing on his GoPro.

Home
>
Marriage Proposals
>
Cara and Preston
Proposal Videos
Check out some of our favorite proposal videos
Ring Quiz
Find the perfect ring for you!